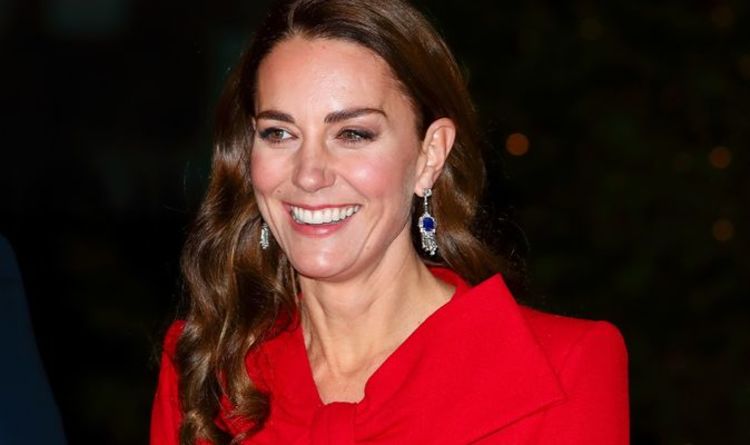 When US TV producer Lindsay Roth married British accountant Gavin Jordan, she asked the Duchess of Sussex to be her maid-of-honour. In 2019, Ms Roth announced she was expecting her first child. Now, Ms Roth could be turning to the Duchess of Cambridge for advice on where to send her son to school.

Posting on Facebook, Ms Roth said: “Are there mums with kids at Thomas’s Kensington who wouldn’t mind speaking to a prospective parent (me!) about it?”

The independent school, located just three miles away from the Cambridges’ home at Kensington Palace, costs £7,810-a-term for an eldest child in year three to eight to attend.

The nursery was established in 1964 by Diana Willcocks and their website says: “The Willcocks Nursery is a traditional nursery school which strives to maintain its ethos for high standards, excellence and good manners.”

Despite two of her children attending the school, Kate may be less than willing to help Ms Roth following an alleged feud between Meghan and the Duchess of Cambridge.

Ahead of the Duke and Duchess of Sussex’s wedding in 2018, it was claimed Kate was left in tears by the Suits actress following a row over flower girl dresses.

However, during Meghan’s bombshell interview with Oprah Winfrey in March, she reversed the story.

“I think it’s really important for people to understand the truth, but also I think a lot of it that was fed into by the media.”

The explosive interview sparked an ongoing debate about the future of the British Royal Family and #AbolishTheMonarchy began trending on Twitter.

It also sparked backlash across the Commonwealth after the Duke and Duchess of Sussex made shocking allegations of racism within the Firm.

The official statement from the Queen read: “The whole family is saddened to learn the full extent of how challenging the last few years have been for Meghan and Harry.

“The issues raised, particularly that of race, are concerning.

“While some recollections may vary, they are taken seriously and will be addressed by the family privately.

“Harry, Meghan and Archie will always be much-loved family members.”

Prince William was the first member of the Royal Family to publicly comment on the shocking allegations made during the interview.

During a royal visit, the Duke of Cambridge insisted the family are not racist.