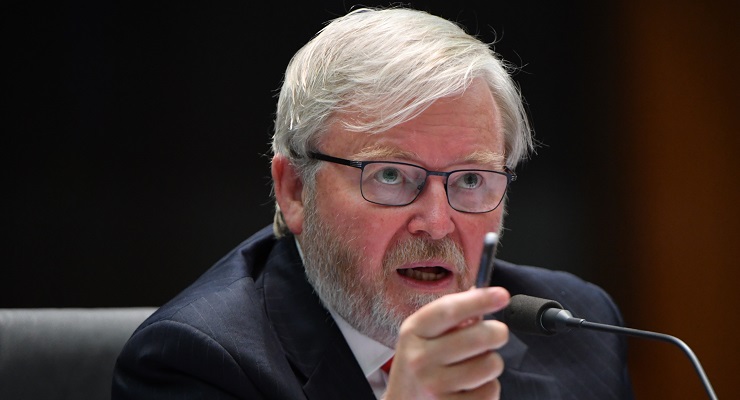 The Senate’s powerful report demanding a royal commission-style inquiry to tackle Rupert Murdoch’s abuses of media power is an extraordinary document that many considered unthinkable only a year ago.

It is a rare example of political courage — the sort we should see every day but has been made possible only with the backing of more than 500,000 ordinary Australians and their relentless demonstration that the public is demanding action to protect our democracy.

For more than a year, a cross-party panel of senators has been weighing all the evidence for and against a royal commission. Against the background of a ferocious bullying campaign by the Murdoch empire, the senators considered more than 5000 written submissions and conducted five days of open hearings. They interviewed Murdoch’s top executives, award-winning journalists, former politicians, media industry experts, academics and others. I was one.

The senators’ 304-page report was scathing.

Media regulation in Australia is “weak, fragmented and inconsistent” with a patchwork of co-regulators, self-regulators and non-regulators responsible for enforcing standards that are frequently breached without consequence.

This has bred “corporate cultures” within large media companies — chiefly Murdoch’s News Corporation — that view themselves as beyond accountability for their actions, even when they spread deliberate disinformation.

The convergence of traditional media platforms — print, radio, television and online — into online platforms, including social media, and Murdoch’s rising influence across these domains has bolstered the case for a single platform-neutral regulator.

And the proper response is not more piecemeal reform but a judicial inquiry with the full powers of a royal commission. And this must be at arm’s length from the nation’s politicians who are, frankly, too vulnerable to Murdoch’s political manipulations. Several witnesses attested to this insidious influence as a major barrier to change.

I would expect this independent royal commission-style inquiry to examine every aspect of the media landscape — including the hurdles for smaller publishers, the state of public broadcasting, social media platforms and Murdoch monopoly which dominates our national conversations through its 70% domination of daily print readership.

Supporters of strong public broadcasting, including the ABC, should have confidence that a royal commission will investigate better funding models and enhanced protections for editorial independence. The fact that the Murdoch empire, which incessantly campaigns against supposed “left-wing” bias at the ABC and the “digital dystopia” of Facebook and Google, is willing to pass up the opportunity for a broad-based royal commission that would examine those claims speaks volumes. If Murdoch has nothing to hide from a judicial inquiry, he should have nothing to fear.

There is nothing in these recommendations that should surprise anyone. Australians know instinctively that it’s not right that we have the most concentrated media landscape in the democratic world. And they are sick to their back teeth with a public debate that is driven by the commercial objectives and ideological preoccupations of a 90-year-old American billionaire and his family.

What is most surprising to me is that the senators — including all Labor senators — demonstrated the courage to call out the problem and advance a solution. This would have been unthinkable to many only a year ago; it is a testament to the more than 500,000 Australians who signed the national petition for a royal commission last year, and the many more who have joined the campaign since then. I am grateful to each and every person who has raised their voice.

So what should happen now?

It would be unacceptable for Parliament to ignore the Senate’s detailed recommendations, including a judicial inquiry, a permanent trust to support new local news and journalism traineeships, and broadband upgrades to ensure fair access to digital media.

The Murdoch media is working overtime to discredit this report and pressure all political parties to throw it in the bin without even reading it. Some members of Parliament — particularly those who hold marginal seats, or whose political fortunes hinge on appeasing the Murdoch beast — will find themselves in the media firing line over the coming days.

If these recommendations are dismissed out of hand, it is not only an abrogation of responsibility to the Australian people but a show of disrespect to the senators who have poured a year of their life into producing this detailed report. They have scratched at the surface of Australia’s media diversity problem and decided, in good conscience, that there’s a lot more to investigate.

Murdoch’s cut-throat lobbying tactics can be intimidating. But thoughtful politicians should think carefully before siding with Andrew Bragg and Murdoch against their own colleagues and rank-and-file supporters who are now powering this movement.

The best way that Australians can achieve a royal commission is to continue to let the political class know that, if politicians have the courage to speak out, the Australian people will have their back. I’ve launched a community organisation, Australians for a Murdoch Royal Commission, to do just that and I’m delighted to have hired Sally Rugg as national director.

I’ve been a member of the Australian Labor Party for 40 years, and I’ve seen a lot of big debates in that time — economic policy, foreign affairs, marriage equality. Few campaigns start with widespread support political support on their first day, but the strongest ones are powered from the ground up.

Only by continuing to demonstrate widespread public support to rein in the Murdoch monopoly, and let diversity flourish, can we hope that public figures will gain the confidence to join the Senate committee majority in siding with the interests of our democracy.