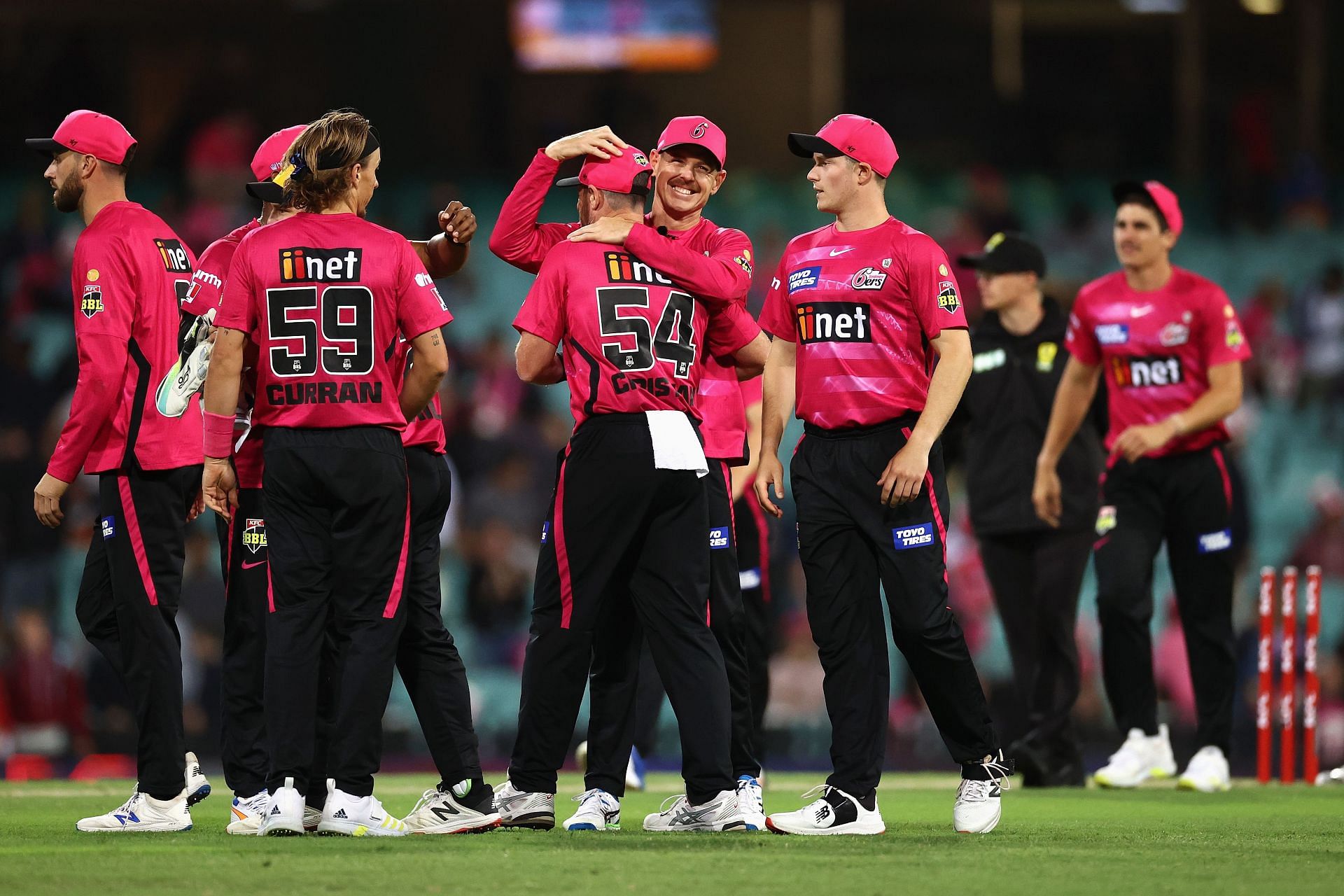 The Sydney Sixers will lock horns with the Hobart Hurricanes in the eighth match of the Big Bash League 2021. The iconic Sydney Cricket Ground (SCG) in Sydney will host this exciting contest.

The Sydney Sixers are on a roll in the competition so far. They have started their title defense brilliantly, winning both their games.

After thumping the Melbourne Stars in their opening game, the Sixers continued their merry way by defeating the Hobart Hurricanes in their next fixture.

Hurricanes skipper Matthew Wade won the toss and opted to bowl first. The decision paid off as the bowlers bowled brilliantly and kept picking up wickets at regular intervals.

Sixers skipper Moises Henriques stood tall against the bowlers as he scored 73 off 48 balls, smashing six fours and two maximums. He lacked support from the other end as they could only score 144 for the loss of nine wickets in 20 overs.

The Hurricanes got off to a decent start. The top-order batters contributed with Peter Handscomb top-scoring with 47. The Sixers fought back in the game and started to pick up wickets regularly as the Hurricanes’ lower order batters failed to step up and were eventually restricted to 130.

Tom Curran of the Sixers picked up three wickets and was well-supported by Hayden Kerr, who chipped in with two wickets.

These two sides will now lock horns at the SCG, with the Sixers having a good record at their home ground. The Hobart Hurricanes will be eager to seek a revenge for their loss.

Can the Sixers (SIX) beat the Hurricanes (HUR)?

The Sydney Sixers will be high on confidence after their win over the Hurricanes in their last game. The Hurricanes batters need to step up and take the responsibility of challenging the high-flying Sixers.

The defending champions start as favorites but the Hurricanes have got the firepower to beat them.

The Sydney Sixers have looked good in both their games so far and are expected to win the contest against the Hobart Hurricanes.

Q. Tom Curran to pick up two or more wickets?