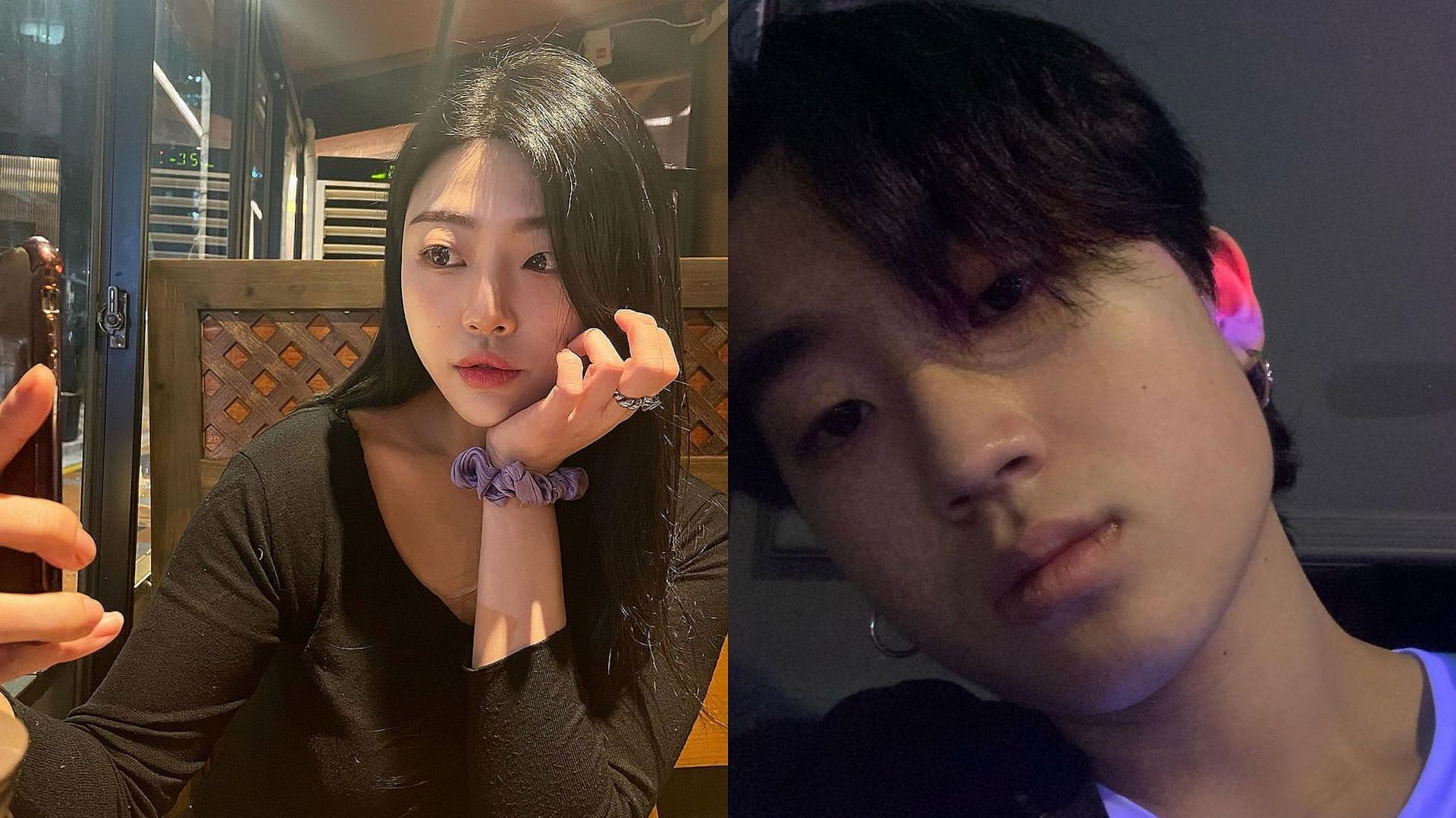 The Chinese-Korean rapper D.Ark, who is currently 17 years old, first rose to prominence as a contestant on MNet’s rap competition Show Me the Money 777, which aired in 2018. D. Ark made his P-Nation debut two years later with the single Potential, which was well-received. Less than a year later, though, the rapper exited P. Nation amidst underage drinking controversies.

Lee Seungh Ah, on the other hand, is also a trot artist, like her father. The 25-year-old appeared on KBS2’s All Trot Competition, where her famous father was a judge. Surprisingly for most viewers, Sul Woon Do eliminated his daughter on the show in light of better participants.

The speculation about a potential relationship between Lee Seungh Ah and D. Ark arose after the former posted several Instagram stories.

Lee Sueng Ah, while hosting a Q&A session on Instagram, was asked the question,

“What do you think about a guy who is 3cm shorter than you?”

To this, the trot singer cheekily posted a selfie with D.Ark, captioning it

Lee Seungh Ah can be seen smiling cheerfully in the image, with the rapper’s arms wrapped around her face.

That is not all. In another story, a follower asked her, “Please tell us your ideal type.” To this, Lee Seungh Ah posted a photo of D.Ark, with hearts drawn all over his face.

Apart from these, the trot artist also added several other images of Lee Seungh Ah with the rapper in various romantic and affectionate poses, making several think they were in a relationship.

The difference in the pair’s ages, though, has drawn a lot of attention. The eight-year gap between the duo is further aggravated by the fact that D.Ark, at 17, is technically a minor since the age of consent in South Korea is 20. Many netizens have expressed anger at the situation, pointing out how creepy it is. Several commented that the case would have been frowned upon had the genders been reversed.

Is he 17 or 16? Korea always adds a year which makes this even more horrifying. I don’t have an issue with their age gap … 8 years is nothing and men date women who are much younger than that, but it is HIS AGE. He is a minor

It might be hard for younger people to understand but there is a huge difference in maturity level between a 25 yo and 17 yo. Creeps dating minor usually rationalize their relationship by saying things like: ” oh, they might be very young but they are mature for their age so it’s okay for me to date them.

what is this kid always getting with girls hella older than him!!! also, wtf is up with this lady !!!! that is a whole ass child STOP !!!!

d.ark needs help and his gf needs to be reported and taken far away from him rn cause tf is this ⁉️

d.ark needs help and his gf needs to be reported and taken far away from him rn cause tf is this ⁉️ https://t.co/54cAsSB96w

The rapper D.Ark, though, has not yet commented on the situation.