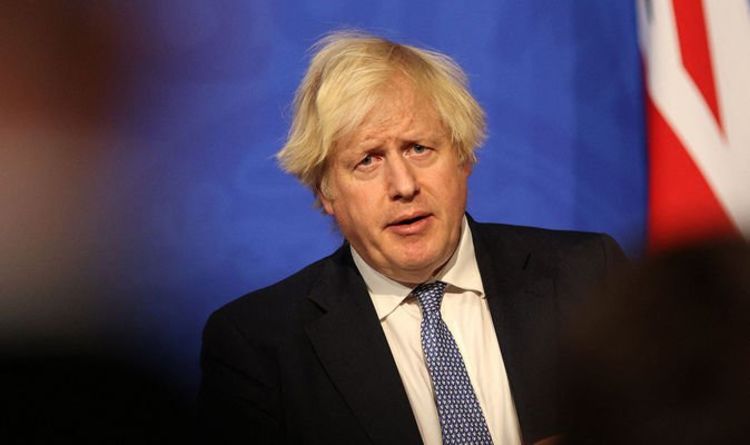 Boris Johnson is under pressure to confirm the Tories’ hold on the North Shropshire constituency on Thursday after a series of blunders raised concerns within the party about his ability to stay in power. Mr Johnson has faced severe backlash over allegations of ministers and staff flouting Covid rules last Christmas as he still recovered from Owen Paterson’s resignation after the Government was forced to backtrack on his suspension. And senior Tories have now warned Mr Johnson could follow Margaret Thatcher‘s footsteps if the by-election fails to deliver for the party.

Sky News Chief Political Correspondent Jon Craig said: “As well as the vote on Tuesday in the Commons, there’s the big test of the North Shropshire by-election.

“That was triggered by the events that really started the Prime MInister’s terrible month or so, the resignation of Owen Paterson.

“When the Government tried to save him, after he was found guilty of what was called an egregious breach of lobbying rules.

JUST IN: Unvaccinated DON’T get to live the lives the rest of us do, blasts CAROLE MALONE

Mr Craig continued: “You would’ve thought that it was impregnable but bookies are saying that the Lib Dems are favorites.

“And some older Tories are pointing out that when the Government lost a similar by-election under Margaret Thatcher in 1990, she was gone pithing six months.

“I’m sure Boris Johnson’s allies will say he will fight back and get over this but things are looking pretty perilous for the PM at the moment.”

The Prime Minister has faced a barrage of criticism since a video emerged showing his staff laughing and joking about a Downing Street party during a 2020 Christmas lockdown when such festivities were banned.

Mr Johnson on Wednesday said he was furious about the impression the video gave that there was one rule for those at the heart of British power and another for the people.

Since the start of the row over the alleged Christmas party, at least three surveys have placed Labour in the lead by at least three percentage points.

YouGov’s Head of European Political and Social Research, Anthony Wells said: “The biggest Labour lead we have found since January and suggests the ongoing rows over the Downing Street party are cutting through, and are damaging the Government’s support.

“What remains to be seen though is whether there is lasting damage.”