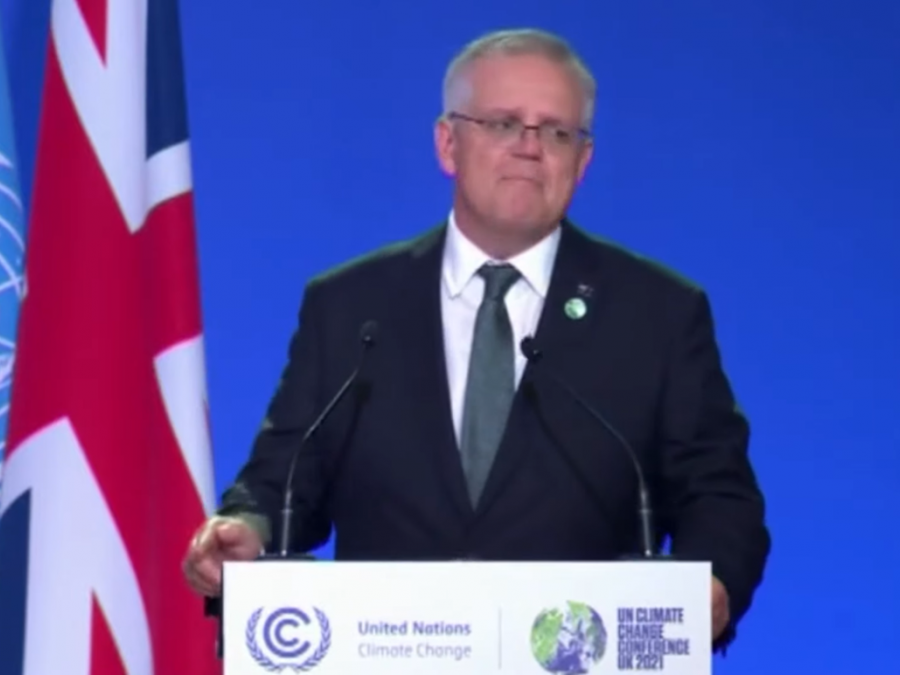 The conference of parties (COP) met for the 26th time, constituting one of the most important meetings held by the United Nations in recent history.

The objective of the COP26 was to allow nations an opportunity to achieve pivotal, transformational change in global climate policy and action. Scientists each year provide further harrowing analysis on how human activity have altered the world’s ecosystem.

The climate emergency not only will imperil the future of humanity, but destroy everything they have built. This year, the COP26 discussed these impacts, with some nations discussing climate finance as the most pivotal way forward.

Climate finance and its awareness has grown a tremendous amount in recent years, with the development of electric vehicles (EV’s) being the most notable. However, in Australia, development in infrastructure is still lacking, with many commentators predicting demand for EV’s to increase dramatically, with further charging stations being implemented by the mid-2020s.

‘The solution to produce iron ore is not to stop producing it, but to utilise green hydrogen to extract it.’

‘Hydrogen is the most common element in existence. In fact, the universe is 75 per cent hydrogen by mass, so we’ll never run out of it.’

Unlike coal, hydrogen is very reactive, which means water, wind and solar can mix causing a low entropy energy system with no emissions.

The findings of the COP26 conference were that:

‘Every financial decision needs to take the climate into account.’

This unfortunately is where Australia is lacking. COP26 is not only about finding solutions to climate issues, but ensuring countries act as much as they can to prevent climate disasters. Australia is known as one of the main countries failing to comply, so much so to be labelled the “colossal fossil”.

Australia as a government continues to sell products like liquid natural gas and coal abroad, with one trade agreement between Australia and China, being the most lucrative. The China-Australia Free Trade Agreement (CHAFTA) was implemented in 2015 which contain no tariffs on the exports to China.

Arguably, this agreement demonstrates poor business management by the Government, as they destroy their own environment in the pursuit of profit with no tax implications for the Chinese government. This not only ensuress that Australia is underpaid for our services, but that the Chinese Government can import as much as they like.

If you were critiquing Australia based on this agreement, you could say the country has very little interest in sustainable economics. For Australia to get towards net zero, their policies must reflect change through a holistic approach to finance and the climate. Without this approach, Australia’s citizens and its environment will inevitably be more prone to bushfires and other disasters.

The legal application, which was sought by several children, adds to the growing narrative that Australia is failing on combatting climate change.

A similar landmark case was also found in the Hague District Court in the Netherlands this year.  Greenpeace Netherlands litigated against the Royal Dutch Shell corporation for their poor emission reduction strategies and timelines. This was the first time the Dutch national court compelled a private company to comply with internationally agreed CO2 reductions set forth under the Paris Agreement.

Arguably, these two cases will have lasting international implications on environmental law. The decisions are also a reflection on the growing belief, that the earth will become uninhabitable as countries like Oman post temperatures of 51.6 °C earlier this year.

The major take away from this year’s COP26 and the recent legal cases is that Australia and its citizens must consider the climate in every financial decision.

One Australian blockchain company is responding to the times. A company called the Internet of Energy Network (IOEN) is one example of how the new wave of clean energy can ensure emission targets are met. Dr Adam Bumpus, a university lecturer at Melbourne University founded IOEN, in the pursuit of tackling climate change by providing solutions for energy systems.

IOEN is perhaps one of the most cutting-edge ways to integrate climate technology, as it aims to build microgrids to store electricity through a peer-to-peer blockchain. Dr Bumpus, who received a Doctorate from Oxford in carbon finance, is on the right track in ensuring sustainability is the first criteria of an asset. IOEN works by acting locally, but thinking globally, as its technology focuses on circular economics.

The network allows token holders known as participants to invest and utilise batteries and microgrids to power their homes through a circular network. IOEN has a clear focus on developing the infrastructure surrounding energy systems, by integrating them together.

The IOEN system, works in a similar way to a beehive as each device behaves as a bee that adds a connection to the network, which in turn powers the colony. This initiative is a clear example of incorporating the climate into financial decisions, as the IOEN roadmap demonstrates technology for a better tomorrow.

For Australia to consider change, they must demonstrate courage to consider what is happening abroad. Mia Mottley, QC, and Prime Minister of Barbados, stated in her opening address at the COP26, we are 20 billion dollars short on the 100 billion promised towards climate finance.

“This failure to provide critical finance to those in vulnerable countries, will be measured in lives and livelihoods in our communities. This is immoral and unjust.”

IOEN’s objective of thinking globally must be incorporated by all governments, especially those that choose to emit and turn a blind eye, when alternatives are available. The way forward requires courage from our ministers and our business leaders to address mistakes and to learn from them. Then, a net zero future is possible.

Dali Sulejmani-Blackwell is a law and arts graduate.