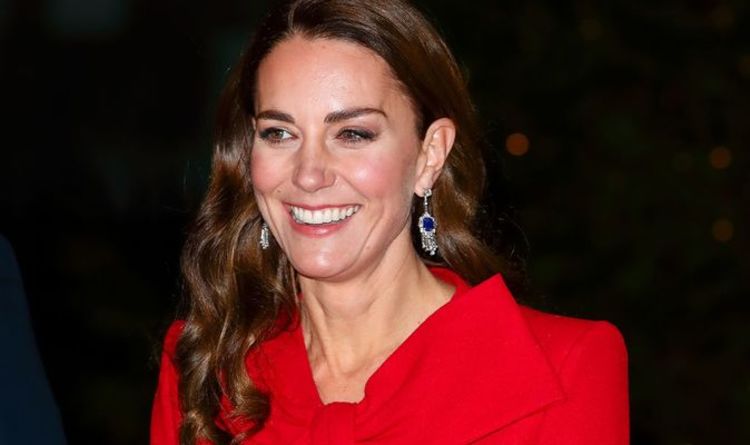 As per tradition, the Royal Family is set to exchange gifts on Christmas Eve at Sandringham, but the Duchess of Cambridge admitted she was especially nervous about presenting her gift to the Queen. Speaking in a documentary to mark the Queen’s 90th birthday, Kate Middleton revealed the sweet homemade Christmas present she gave to the Queen.

While the Duchess of Cambridge was excited to celebrate her first Christmas at Sandringham in 2011, the thought of finding a gift for the Queen was keeping her on her toes.

However, rather than hitting the High Street or furiously searching online for a gift for the Queen, Kate came up with an idea for a more personal homemade present which according to Kate, went down very well with Her Majesty.

She explained: “I can remember being at Sandringham, for the first time, at Christmas. And I was worried what to give the Queen as her Christmas present.

“I was thinking, ‘Gosh, what should I give her?’

“I thought back to what I would give my own grandparents.

“And I thought, ‘I’ll make her something,’ which could have gone horribly wrong. But I decided to make my granny’s recipe for chutney.

“I was slightly worried about it, but I noticed the next day that it was on the table.

“I think such a simple gesture went such a long way for me and I’ve noticed since she’s done that on lots of occasions and I think it just shows her thoughtfulness, really, and her care in looking after everybody.”