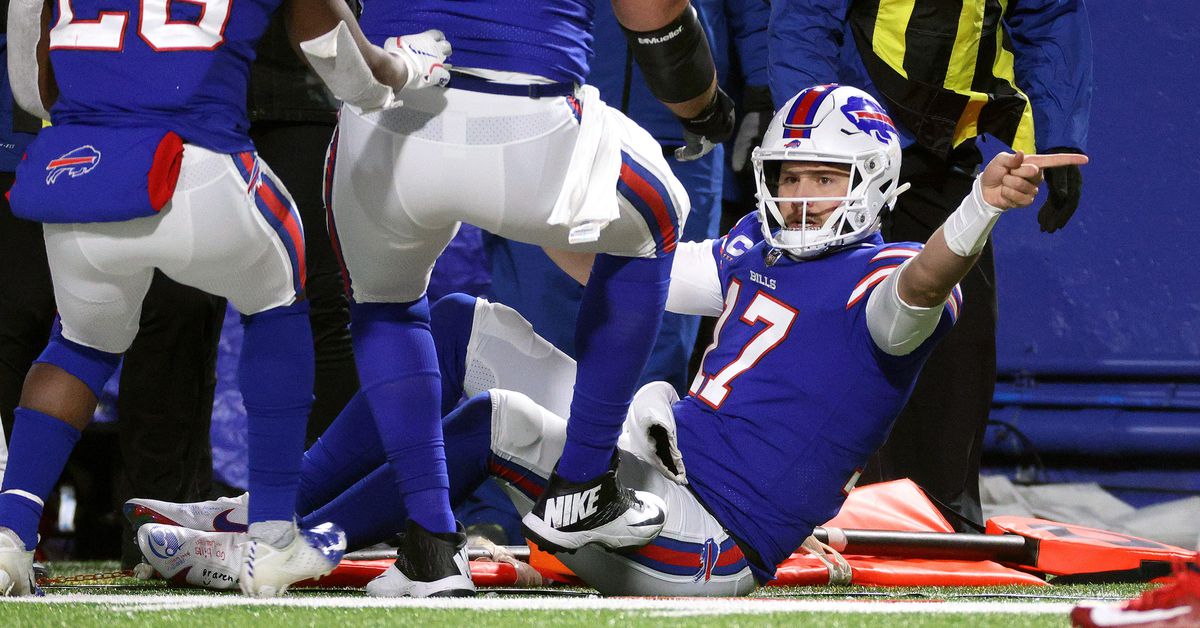 Welcome to Week 14 gang. We’re deep in the race to the playoffs and everything is in flux. At this point we have the top of the conferences more or less set, with some minor changes potentially occurring — but we know who the elite are.

The big shift has been with once-dominant teams now struggling to find their footing again, risking tumbling out of the playoffs all together. Meanwhile bubble teams are playing some of the best ball in the league, and looking to find a way in.

Will the Bills continue their plummet?

Buffalo has lost three of its last five games against a schedule that has not been tremendously difficult. The Bills have gone from absolute locks to win the AFC East, to seeing the Patriots challenge them, now they’re looking up as they sit 7th in the conference with an increasing risk they could be bounced out of the playoffs all together.

To make matters worse, this week the Bills face the Buccaneers, in their biggest test next to a second game against the Patriots. The alarming thing about the Buffalo defense is that they were prepared for Bill Belichick and the Patriots to run the ball all game, but simply couldn’t stop them. Now they’re facing Tom Brady and one of the best passing attacks in the NFL, so it’s another defensive test.

Deep down I know the Bills are good enough to make the playoffs, and likely make another deep run. However, this team needs to stop beating itself and get back to showing the potential many believed could carry them to a Super Bowl appearance this season.

Is Washington ready to contend?

The Washington Football Team has been a bright spot in the second half of the season. Ron Rivera’s team is still playing hard, and proving to be a really difficult fight for any team they face.

What I’ve noticed with Washington is that they tend to play up and down to their competition. This isn’t a great quality to have, but when you’re facing the Cowboys in Week 14 it certainly makes the game more interesting.

It would take something ridiculous happening to stop Dallas from winning the AFC East, but Washington is very much in a position where they can earn a wild card. A win against Dallas could show that this team is more than a one-and-done when the playoffs begin.

How will the Panthers look after their bye week?

It’s past time to put a fork in the Panthers season, but that didn’t stop Carolina do major retooling ahead of the bye week. Head coach Matt Rhule relieved offensive coordinator Joe Brady of his duties, making Brady the sacrificial lamb for many of the team’s problems.

At this point it’s safe to say Carolina has a Rhule problem, and it sure feels like he’s trying to rearrange deck chair on the Titanic to prove he’s the coach the team hoped he’d be. While I’m extremely skeptical the change will help, it will be interesting to see how the Panthers respond.

Rhule reportedly wants to see the offensive run the ball more, which is a curious decision when Christian McCaffrey is on IR. This week it’s a divisional game against the Falcons, and a bad loss could expedite larger changes for the Panthers.

Can the Bengals bounce back?

Cincinnati’s wild inconsistency echoes everything that’s wrong with the AFC this season. Just when I’ve been ready to believe Joe Burrow and Co. can make a huge impact in the playoffs, they come out and play incredibly flat football.

The offensive power we’ve seen from the Bengals evaporated in their Week 13 loss to the Chargers, now they play the 49ers in another difficult game. San Francisco trying to keep their narrow grasp on a playoff spot, and now so are the Bengals.

This is a gut check week for Cincinnati, who need to prove they can respond to adversity if they have any hopes of taking the next step as a team.