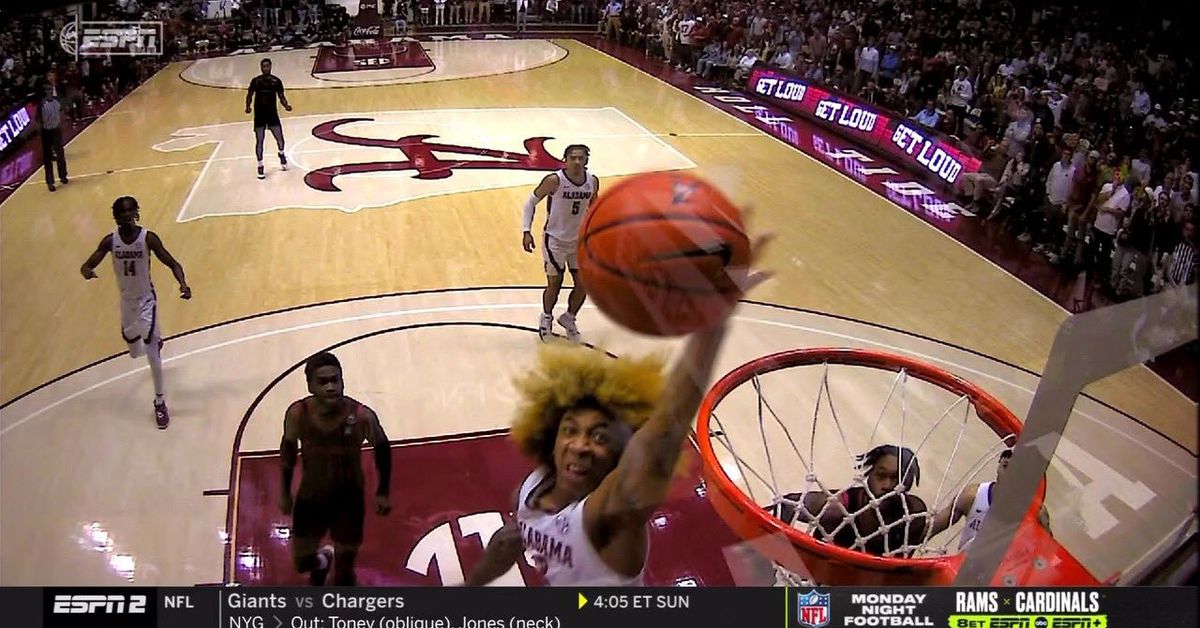 Alabama and Houston could each claim to be one of the country’s very best teams entering their Sunday night matchups. The No. 9 Crimson Tide only had one loss on their resume, and just upset a powerhouse Gonzaga team in their last game. No. 14 Houston, fresh off a Final Four appearance, was one of only two teams in the country that ranked in the top-10 of both offensive and defensive efficiency (Baylor is the other).

The primetime ESPN showdown lived up to the hype, with Alabama winning 83-82 amid a controversial ending.

Alabama and Houston traded the lead down the stretch as each side hit clutch shots. With Houston down two with 54 seconds left, Marcus Sasser hit a go-ahead three to give the Cougars the lead. Alabama missed its first shot on the ensuing possession, but freshman guard JD Davison soared in for a tip-dunk to take back the lead.

Houston ran a disjointed final possession while down one. Kyler Edwards hoisted a three-pointer with four seconds left that clanked off the rim. Teammate Fabian White Jr. attempted to tip it in, but Davison again took flight for a game-saving block.

Should this have been called a goaltend?

Houston coach Kelvin Sampson thought so. He berated the officials after the game asking for a review, but the referees defiantly walked off the court.

While Sampson was barking out the officials, Alabama coach Nate Oats sarcastically extended his hand waiting for a handshake.

The no-call couldn’t be reviewed because the whistle wasn’t blown before the fourth quarter clock expired. Should the refs be able to review a cal like that in the future?

Two prominent officials to me on not looking at the final possible goaltending play between Alabama and Houston.

“The rule needs to be changed. We need to be able to look at that.”

Alabama is now 8-1 with a loss to only Rick Pitino’s Ioan team. Juwan Gary led the way for the Tide with 19 points, while Jaden Shackelford scored 18 and Jahvon Quinerly finished with 17 points and eight assists.

This was everything we want out of non-conference college basketball. Both of these teams are going to be a factor in March.