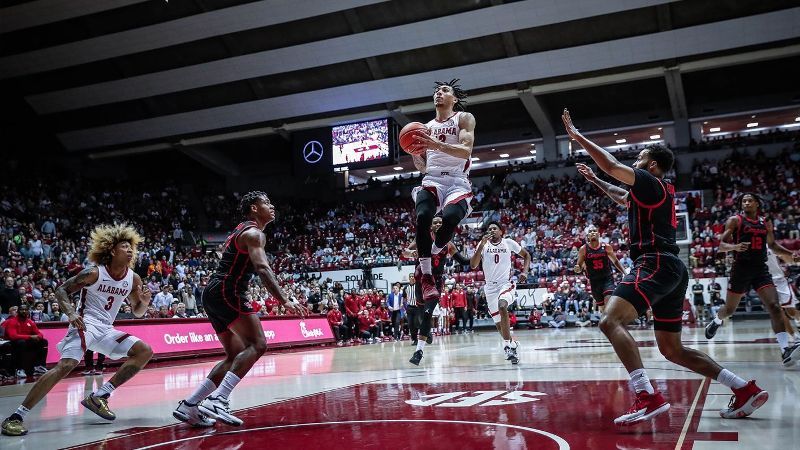 TUSCALOOSA, Ala. – Sophomore Juwan Gary scored a career-high 19 points as the No. 9/9 Alabama men’s basketball team survived in the final seconds in a thrilling 83-82 victory over No. 14/13 Houston Saturday night in front of a raucous Coleman Coliseum crowd.

Freshman JD Davison nearly had his second double-double of the year, finishing with 10 points and nine boards, including his offensive rebound and dunk to give the Tide the lead in the final seconds. Shackelford finished with 18 points and eight rebounds while Jahvon Quinerly added 17 points and matched his season high with eight assists.

“That was an unbelievable game, I appreciate all the fans that showed up. Finals have been done so the fact that the student section was packed, that’s great. I appreciate the students and everybody else in town. They showed up and made it the environment we were hoping to get bringing Houston here. Our players showed a lot of fight in probably the most physical game we’re going to play in all year. That’s a hard-nose, hard-playing team. We didn’t do a great job on the glass, but we figured out a way to get a win. It’s ironic that the game was won on an offensive rebound. We didn’t do a great job in the second half with the rebounding, but our guys hung in there and stuck with it. JD is starting to come around and Shack made some big shots there late. We want to play tough games like this, and this win is going to go a long way. It was a hard-fought win and a big win for the program.”