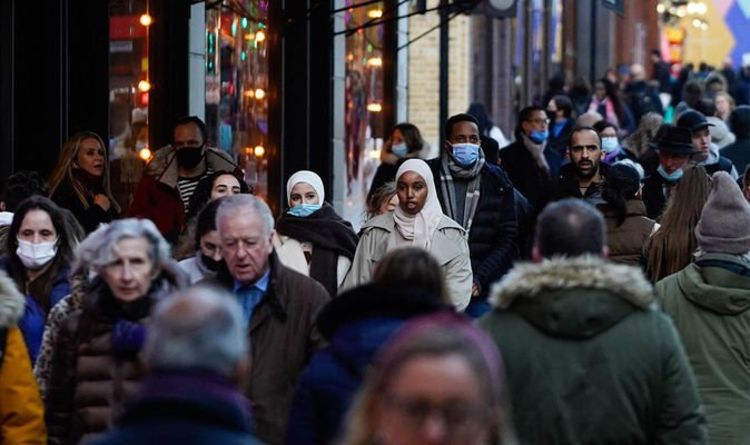 The UK will go to Level 4 from Level 3 as the country’s four chief medical officers and NHS England’s national medical director warned over the threat of the rapid spread of the new Covid variant, Omicron. The rise comes as a further 1,239 confirmed cases of the Omicron mutation were recorded, bringing the total number of UK cases of Omicron to 3,137.

In a joint statement, the CMOs and NHS England’s Professor Stephen Powis said the emergence of Omicron “adds additional and rapidly increasing risk to the public and healthcare services”.

They added: “Early evidence shows that Omicron is spreading much faster than Delta and that vaccine protection against symptomatic disease from Omicron is reduced.

“Data on severity will become clearer over the coming weeks but hospitalisations from Omicron are already occurring and these are likely to increase rapidly.”

“When vaccine protection is reduced in the way that is happening with Omicron it is essential to top up that protection with a booster. Both booster vaccines (Pfizer and Moderna) increase the immune response substantially and show good effectiveness although with some reduction compared to Delta.”

So the rise to level four suggests the NHS is starting to see some pressure due to the rising cases, and means we need to lower this in order to avoid another national lockdown.

This could mean more restrictions could be implemented after leaked documents indicated the Health Secretary Sajid Javid is under pressure to adopt more “stringent” measures – and sooner rather than later.

Upping the alert level today, the health care experts warned it was “extremely important” for people to get their booster jabs in order to halt the spread of the Omicron variant, if the public want to avoid yet another lockdown, saying the NHS was already under pressure.

Plan C has already been mooted, which could see face masks reimposed in all indoor areas, as well as stricter self-isolation rules and the return of check in’s for hospitality venues.

But Whitehall insiders even suggest the UK could move to Plan D, with proposals already being drafted to prepare in case the NHS is overwhelmed with patients.

Under the plan pubs and restaurants would only be allowed to serve outside, and this could translate into full closures if case numbers grew beyond control.