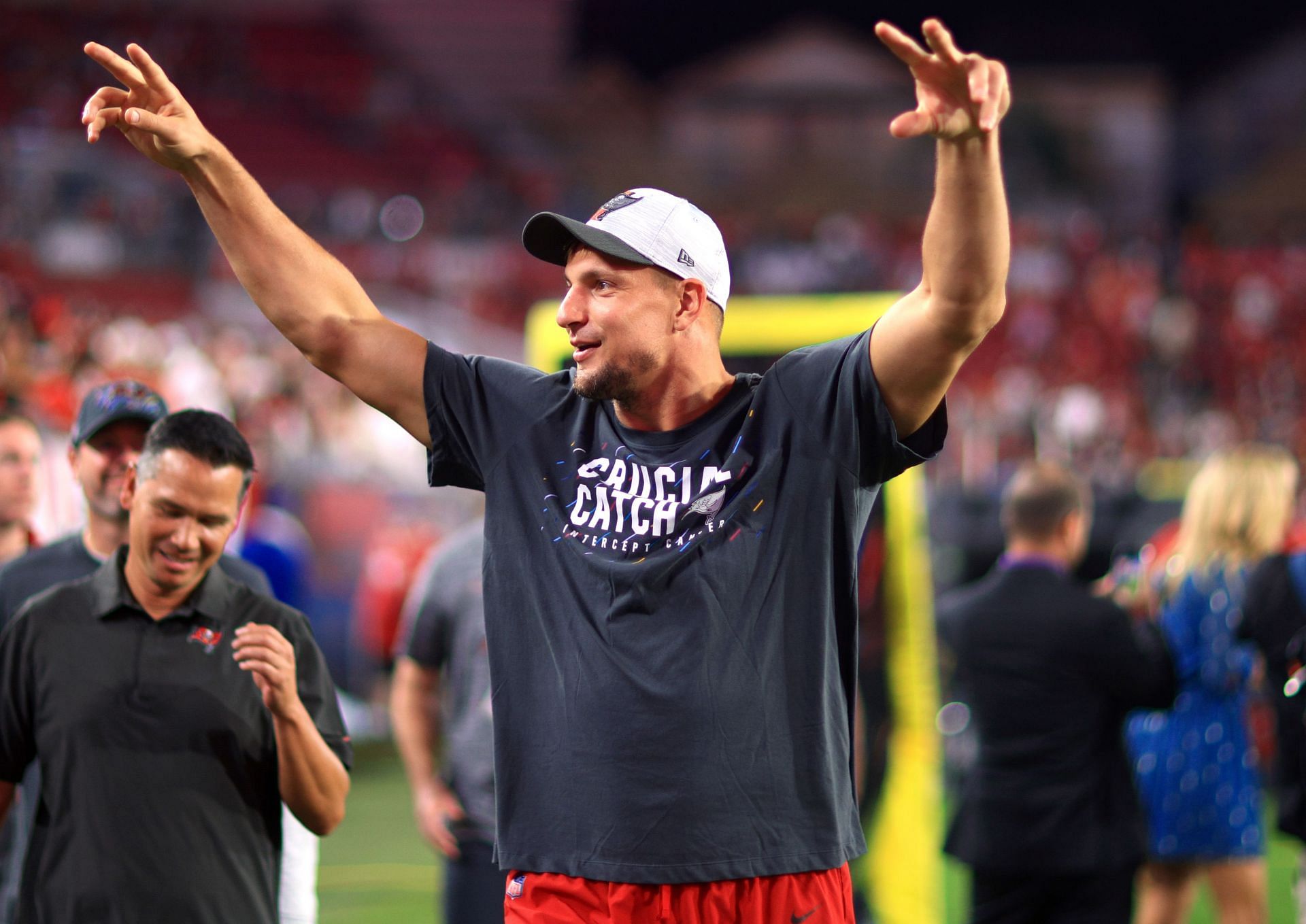 Rob Gronkowski is a ball of positive energy on and off the field. The Tampa Bay Buccaneers tight end’s jovial, easy-going attitude endears him to many football fans. On the field, his pass-catching prowess is unmatched, and nothing proves that more than taking in a deep pass from a blind fan.

Rob Gronkowski playing catch with a blind guy is awesome

No, that was not a quote from 44-year-old Tom Brady, whose extreme elder status in the NFL is often the subject of friendly jokes. In this case, the fan’s name was Anthony, and he ditched his cane before throwing a deep spiral to an enthusiastic Rob Gronkowski who was wide open in what appears to be a parking lot (in Tampa Bay, presumably).

After Gronkowski’s catch, the two shared a fun moment by doing a “Gronk spike.” The only energy that can match the universal love for the NFL’s very own goofball is his play on the field this season. Although Rob Gronkowski was out for a significant amount of time due to injury, his presence on the field has had a positive effect on the Tampa Bay Buccaneers. In 7 games this season, Gronkowski has 33 receptions for 436 yards and 6 touchdown catches. At his current pace, he could eclipse double-digit touchdown catches, which he has not achieved since 2015 as a New England Patriot.

The Buccaneers are 5-1 this season in games that Gronkowski has played in (he only lined up for 10% of the snaps in Week 8 against the New Orleans Saints, and left the game early on). Their title hopes certainly rest on Tom Brady’s arm and Rob Gronkowski’s otherworldly pass-catching abilities.

Given how well Anthony threw the ball to Gronk, maybe the Buccaneers have at least found themselves a good backup quarterback.