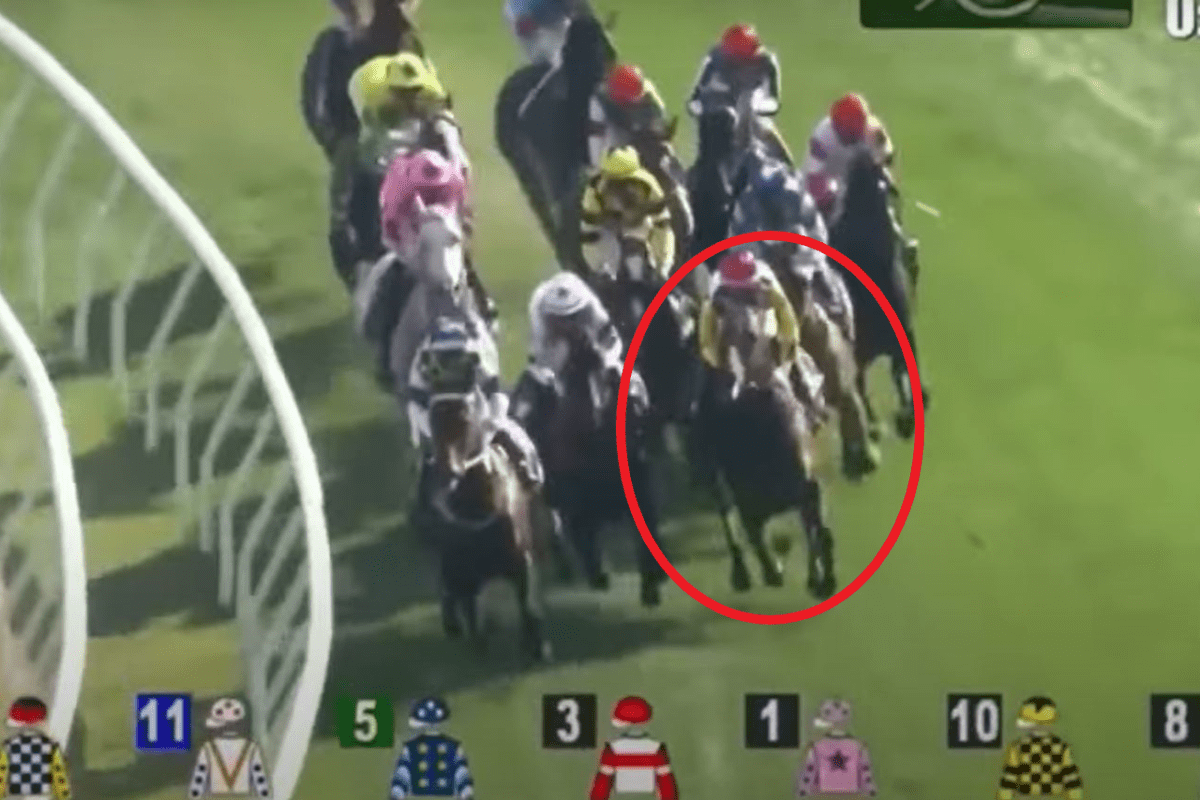 THREE jockeys were rushed to hospital and two remain in intensive care after a horrifying mass fall labelled ‘one of the worst in history’.

Two horses sadly died following the carnage at Sha Tin racecourse in Hong Kong on Sunday during a Group 1 contest.

Amazing Star was jostling for the lead with two others when the horse suffered a fatal injury.

Hewitson hit the deck and was trampled and kicked by horses behind, a number of whom also fell in the chaos.

Hewitson, 24, Purton, 38, and 45-year-old Fukunaga were all said to be conscious when they were rushed to the Prince of Wales Hospital.

A report on Thoroughbred News later claimed Hewitson had suffered a bleed on the brain and Purton three broken ribs and a broken nose, but this was unconfirmed.

Most read in Horse Racing

Teetan walked away unscathed while Naboo Attack and Amazing Star were put down.

Jockey Club executive director of racing Andrew Harding told the South China Morning Post: “The three jockeys are all in a stable condition and they were conscious when they were transported to hospital.

“Zac and Lyle are in ICU, they’re conscious and their vitals are all stable.

“Zac has some upper-body injuries, but the extent of those does not seem to be extreme.

“Lyle potentially has a fracture of his hip and they’re monitoring him to see whether there are any other injuries that he has sustained.

“As far as Fukunaga is concerned, he continues to be monitored for a potential fracture [of the clavicle], and that also has to be managed very carefully in the context of the racing bubble.

“We’re very sad about the loss of the two horses, and we will be investigating if there is anything that can be learned – we do that always.”

The paper’s report of the incident called it ‘one of the worst race falls in living memory’.

The flashpoint came in the fifth race of the day and, according to local reports, shook the 17,423 punters in attendance.

As a mark of respect racing chiefs pulled the national anthems from the scaled-down trophy presentations.

Winning jockey Blake Shinn called the race a ‘tragedy’ and that, despite landing his first Group 1 victory in Hong Kong, the fall had been ‘gut-wrenching’.

He said: “I have mixed emotions about winning this race.

“Obviously, the first emotion is that my feelings are with the fallen jockeys and horses.

“It’s gut-wrenching for any rider to see a horse go down.

“It’s a real tragedy what’s happened today, especially on the world stage when everyone is watching.

“It’s a real bittersweet win, and in a way it’s a hard win to take in the circumstances.”