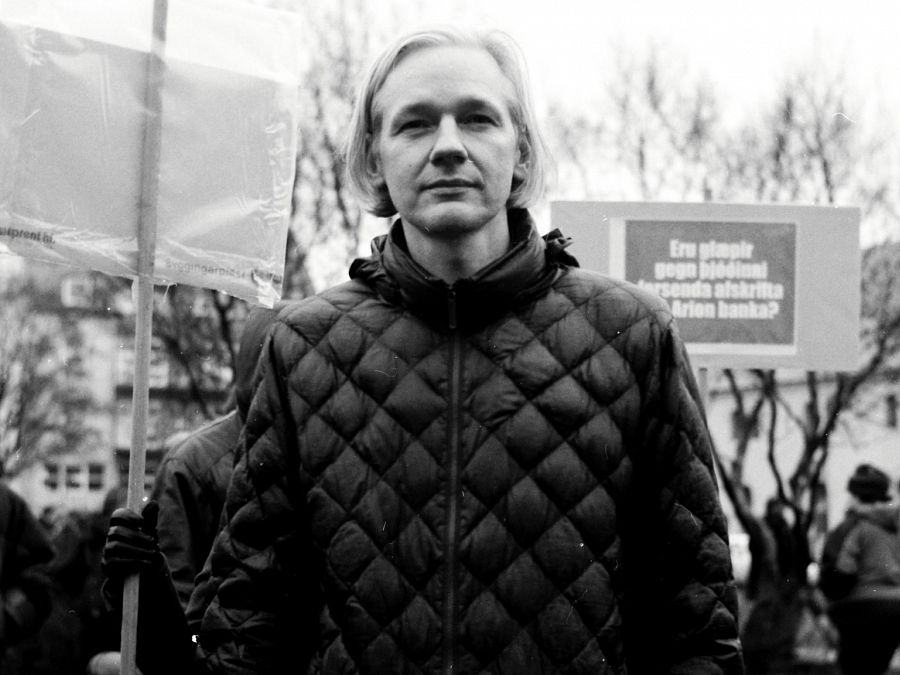 UK human rights activists speak of a “travesty of justice” as the High Court expresses its “trust” in U.S. assurances.

The UK can extradite WikiLeaks founder Julian Assange to the U.S. and he remains in jail. This is what the High Court in London appeal Court ruled on 10 December.

In January 2021 the judge of first instance, Vanessa Baraitser, ruled against extradition.

Now, the Assange case will come back to the first stage of proceedings, the District Court, with the Judge required to send the case to the Secretary of State, Priti Patel, who will take the final decision on the extradition to the U.S.

The Assange legal team is reflecting on how to appeal the decision. Applying for an examination of the case by the Supreme Court could be a possibility, but that Court is almost always focused on constitutional matters and can therefore refuse to consider the case.

The hopes for a confirmation of the “no” to extradition were high at the beginning of the day, when groups of human rights activists met in front of the Royal Courts of Justice, at the Strand in London, to express their support for the WikiLeaks founder. Assange charged under the U.S. Espionage Act, a law designed to punish spies during World War I.

However, it is being now used not against individuals who sold secrets to other states, but against an Australian journalist who gifted the world information which was essential for the public to understand the brutal reality of war in the Middle East.

This is why media freedom defenders showed up in front of the tribunal. If extradited, Assange will be treated as a foreign agent that he is not.

When the activists became aware of the verdict

This anchor was broken at 10.15 am, when the verdict was read inside the Court and immediately related by reporters in the court.

In that moment, the activists chanting outside understood that the ball sent back to a District Court will mean further months in prison for the Australian publisher.

We spoke to Clara, who is part of the Committee to Defend Julian Assange, a group that have been demonstrating against Assange’s arbitrary detention since the first years spent by him at the Ecuadorian Embassy as a refugee.

When the news of a “yes” to extradition arrived, she told IA:

“Apparently the U.S. say that Mr Assange will be treated in a different manner than everyone else in the US, which is a lie.”

She was echoing the sentiments of Amnesty International’s General Secretary Agnes Callamard, who recently said:

Assurances by the U.S. Government that they would not put Julian Assange in a maximum security prison or subject him to abusive special administrative measures were discredited by their admission that they reserved the right to reverse those guarantees.

Now, reports that the CIA considered kidnapping or killing Assange have cast even more doubt on the reliability of U.S. promises and further expose the political motivation behind this case.

Cheryl, another activist from Clara’s group, was devastated by the judgment. She is also among those who regularly travel to Belmarsh prison to chant from the outside and make Assange realise that someone is there to support him.

Cheryl’s view about the loss of independence of the judicial system has probably something to do with that sentence pronounced by Assange when he was arrested, in April 2019.

“The UK must resist.”

Probably recalling this invitation to protect the UK sovereignty, the media freedom defenders held a collective talk outside the Court where they spoke about the paradox of an Australian journalist sent to a U.S. court by a European court.

Another activist from a grassroots solidarity group, Peter, told us that he was at the Court because it is the duty of every human being who cares for freedom of speech and freedom of the media to be there.

He mentioned some episodes in which the police was sent to their demonstrations:

“I was brought at the police station, one day… They were kind with me. The fact is they do not know why we are protesting. But human rights are everybody’s rights and we are all Assange.”

What the verdict said

More analysis of the long judgment will be carried out in the next few days. What is clear so far is the fact that the U.S. promises – the so called “assurances” that many human rights NGOs do not trust – were considered reliable by the appeal judges instead.

The U.S. offered four assurances, in a diplomatic note written on 5 February 2021. And the Court, accepting them even after the first instance judgment was released, is confident that they exclude the possibility of Assange being made subject to “special administrative measures” or held at the “ADX” facility (a maximum security prison in Florence, Colorado, U.S.), both before the trial and after a possible conviction.

‘… unless, after entry of the assurances, he commits any future act which renders him liable to such conditions of detention.’

The same confidence is expressed by the UK Court in relation to the fact that the U.S will consent to an application by Assange, if he is convicted, to be transferred to Australia to serve his sentence. Also, the appeal judges trust that while Assange is in custody in the U.S. he will receive appropriate clinical and psychological treatment as recommended by a qualified treating clinician at the prison where he is held.

In other words, the Court totally rejects the ‘criticisms of those assurances which were argued on Mr Assange’s behalf’ and, based on this, ordered that the case is remitted to Westminster Magistrates’ Court.

The analysis of the judgment over the next few days will clarify what actually is implied in the fact of having also added:

‘… a direction to proceed as the District Judge would have been required to do if she had decided differently the relevant question of whether Mr Assange’s mental condition was such that it would be oppressive to extradite him, namely by sending the case to the Secretary of State.’

Anonymous support for Assange and the grassroots solidarity

Among the human rights activists outside the court there was also “V”, who told Independent Australia he was part of the collective known as “Anonymous”.

In interview with him, he explained that the support of his group for Assange is related to the fact that “information is the currency of democracy”.

“A Wikileak a day keeps tyranny at bay” was the phrase written on the sign he held.

All the people around the world who, working in corporations and governments, see wrongdoing and crimes can leak this to WikiLeaks and publish that information to the World, this is what democracy needs, you need the flow of information, because if you don’t know what is going on, you can be enslaved. But the people in there, they have their own interest, who protects their own power. They override their interest to the public one.

London cried today for an Australian publisher who is imprisoned for having revealed war crimes, while the war criminals he unmasked are free. And the activists who have been fighting in the last few years are saying clearly that they won’t stop. The battle for the political prisoner Julian Assange, probably, is just beginning.