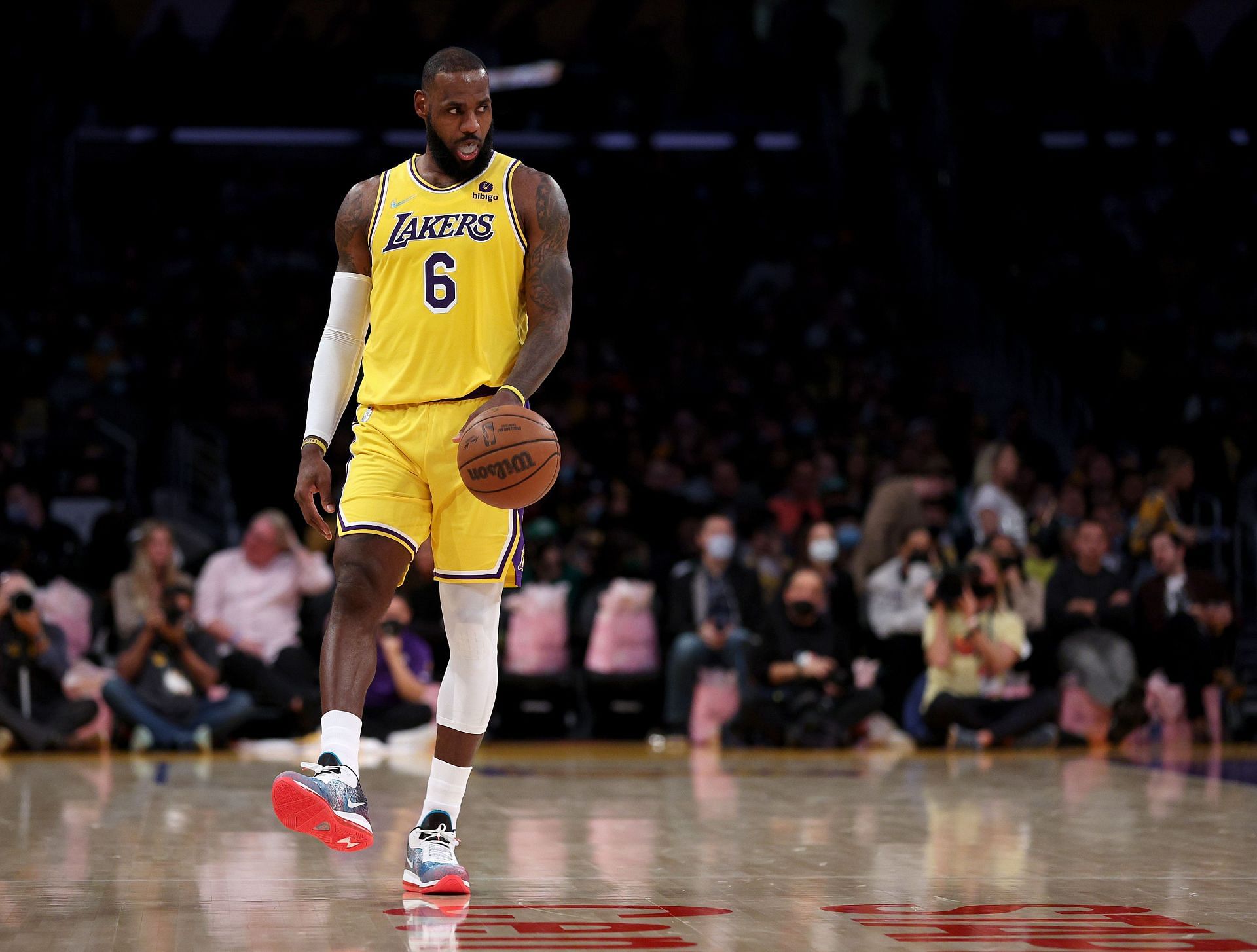 On this day 19 years ago, a 17-year old LeBron James rocked his ESPN debut during his senior year. His high school, St. Vincent-St. Mary was paired against Oak Hill Academy for a Thursday night fixture.

LeBron James was electrifying on the court as he posted 31 points, 13 rebounds and 6 assists to help his team secure the win. He recorded a field goal accuracy of 48.0%, netting 12 of 25 field goal attempts. From beyond the arc, he completed 2 out of his 6 three-pointers attempted, while registering 62.5% accuracy from the free-throw line.

In one of the clips posted by SportsCenter Next, the presenter clearly refers to him as the best high school player ever, stating that LeBron James was better than Kobe Bryant when he was 17 years old. His extraordinary skills were on display as he found his teammates in the court with brilliant passes and had a good read of the game.

By the end of his senior year, he had racked up an average of 31.6 points, 9.6 rebounds, 4.6 assists and 3.4 steals per game. After which he was selected by the Cleveland Cavaliers as the first overall pick in the 2003 NBA draft.

LeBron James attended high school in his hometown of Akron, Ohio. In his freshman year at St. Vincent-St. Mary High School, he joined the school’s basketball team, The Fighting Irish.

In his debut game against Cuyahoga Falls, James posted 15 points, 8 rebounds and 2 assists, leading the team to a victory. Young LeBron James finished the season with an average of 21 points and 6 rebounds. He went on to lead the team to a 27-0 undefeated run, snatching the Division III state title.

The next year as a sophomore he led the Fighting Irish to a 26-1 campaign, losing only to Oak Hill Academy. In that game, he registered 33 points, but it wasn’t enough to give the Irish the advantage. But he led the team to a second state title consecutively and became the first sophomore to be named Ohio Mr. Basketball and the USA Today All-USA First Team.

🗓️ThisDateInOHSAAHistory: – December 30, 1984 – Happy birthday @KingJames! On this day in 1984, LeBron Raymone James was born in Akron. He was a three-time Ohio Mr. Basketball, three-time state champion and a 2009 inductee into the OHSAA Circle of Champions (pictured).

🗓️ThisDateInOHSAAHistory: – December 30, 1984 – Happy birthday @KingJames! On this day in 1984, LeBron Raymone James was born in Akron. He was a three-time Ohio Mr. Basketball, three-time state champion and a 2009 inductee into the OHSAA Circle of Champions (pictured). https://t.co/5eemjfGyBU

In his junior year, LeBron James topped his best record, posting 29 points, 8.3 rebounds, 5.7 assists and 3.3 steals per game. He became a media sensation as he was featured in top sporting publications like Sports Illustrated, Slam and the likes. Clearing out the awards for a second time as he was named Ohio Mr. Basketball and was again selected to the USA Today All-USA First Team.

He was also named the Gatorade National Player of the Year, thereby becoming the first junior to win the award. His senior year was no different as he won the Ohio Mr. Basketball award for the 3rd consecutive time and the Gatorade National Player of the Year for a second time. LeBron James finished his high school career as the Most Valuable Player at the McDonald’s All-American Game.