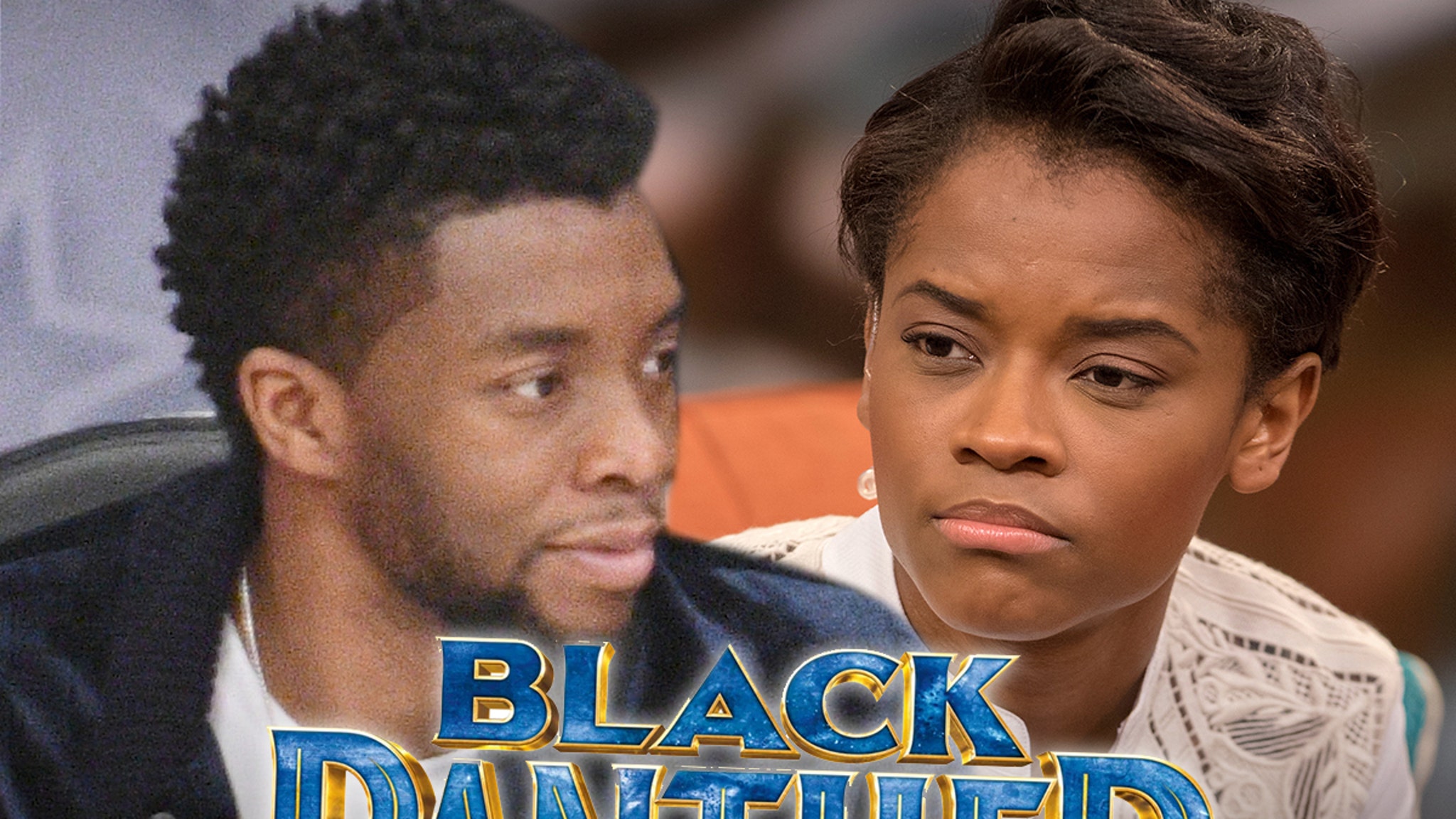 A lot of uncertainty over the filming of the ‘Black Panther’ sequel — due, in part, to Letitia Wright‘s vaccine status — has now got fans wondering … why not just recast T’Challa???

Here’s the deal … reports have surfaced in recent weeks saying Letitia wants out of the Marvel Universe entirely, supposedly in response to the vaccine mandates they’re enforcing over at Disney. One report claims the writers actually had to rework the ending — one which was originally going to heavily feature Shuri — because of this alleged ongoing problem.

A response from “the lowlands” (as Heat Vision characterized us)… https://t.co/aX6xO5fraD

Meanwhile, THR says Letitia is expected back to resume filming in January — this after taking some time off to recover from an on-set injury — but the outlet also reported a little while ago that she was, in fact, spreading anti-vax sentiments with folks on the production.

In a since-deleted Instagram post, LW completely denied that account. Still, fans think there’s  trouble in paradise, and are now wondering why producers wouldn’t just get a new king of Wakanda … aka, replace Chadwick Boseman with a new actor.

While many have argued that the mantle couldn’t possibly be taken on anew — because of how deeply tied it was to Chadwick’s legacy — others say … actually, it could’ve … and probably should’ve, especially in light of all the reported drama happening now. Now, folks are saying the idea of tapping a new T’Challa wouldn’t have been the worst thing.

One Twitter user writes, “I know this is a bit of a hot take but a lot of this rumored on set drama of Black Panther 2 might’ve been prevented if they just recast T’Challa. I know people loved Chadwick Boseman, I did too, but that character had more stories to tell.”

I know this is a bit of a hot take but a lot of this rumored on set drama of Black Panther 2 might’ve been prevented if they just recast T’Challa. I know people loved Chadwick Boseman, I did too, but that character had more stories to tell. pic.twitter.com/obSvF3Wjrr

The argument is … the character of T’Challa deserved a lot more screen time and movies to himself — and that alone outweighs any perceived slight toward Chadwick and his memory by passing on the torch to another actor playing the same character.

BTW, this whole thing isn’t just a few people firing off hot takes online … there’s an entire hashtag dedicated to this movement, #RecastTChalla. Some even say Chadwick’s own words in previous interviews support the notion that he’d actually be behind this.

Bruh y’all need to understand this man Chadwick wants the character of tchalla to live on #RecastTchalla https://t.co/YBTs3V3AHh

Of course, Marvel has held firm on their stance that they’ll never get another T’Challa in front of the camera — and besides, at this point … they’re knee-deep in production, and will very likely NOT go down that road, despite some of the fan base’s clamoring.

Our guess (assuming any of this vaccine stuff is true)  … Shuri doesn’t become the new BP like in the comics, and the helmet gets passed onto someone else … not named T’Challa. Time will tell — ‘Black Panther: Wakanda Forever’ is rumored to be out sometime in 2022.