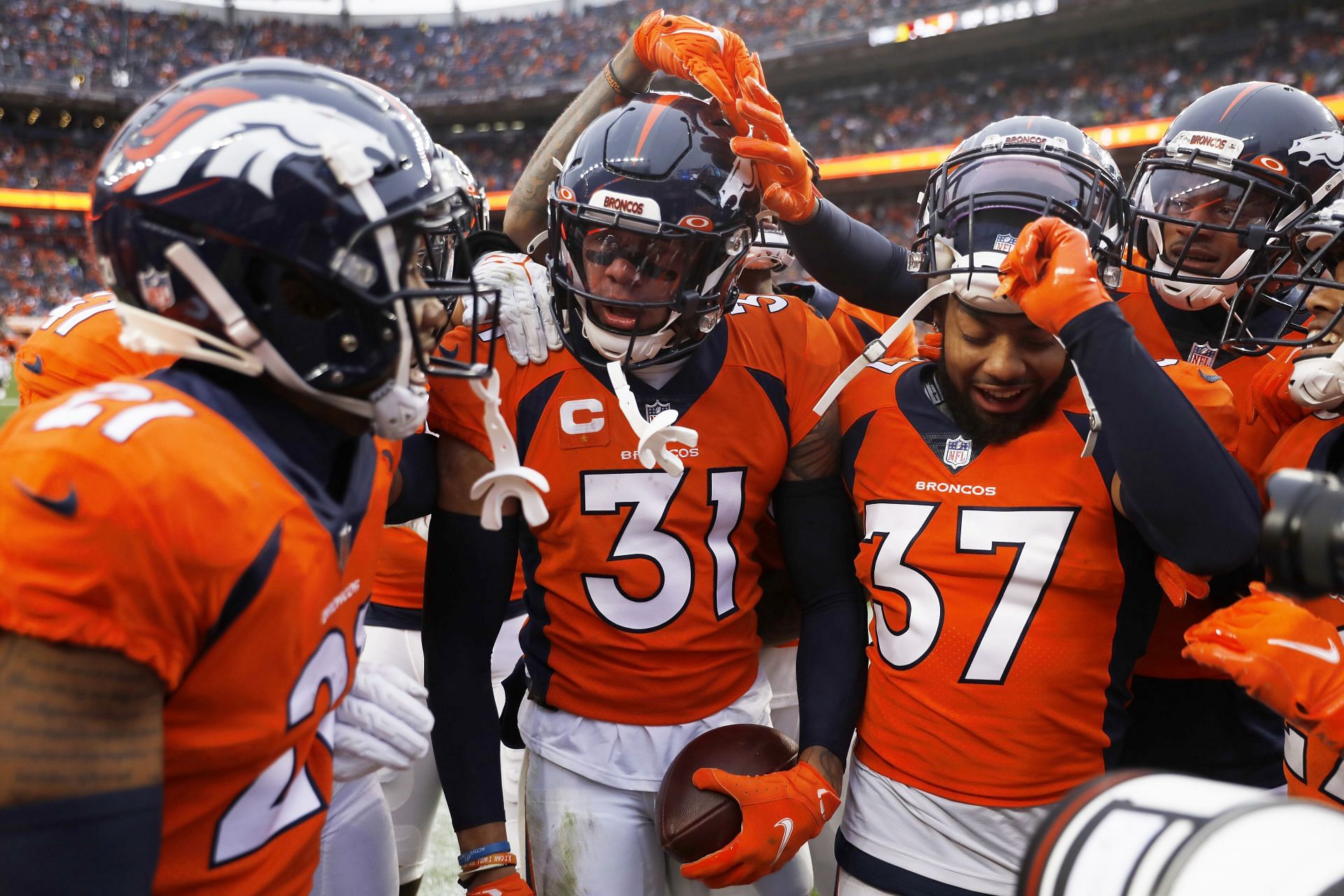 Sunday was going to be tough for Justin Simmons and his Denver Broncos teammates after former wide receiver Demaryius Thomas passed away at his home midweek.

Thomas was only 33 years old and retired from the NFL in June last year. It was an emotional game for Denver as they honored Thomas in the best way possible pregame.

Broncos lined up with 10 players in formation on their first play to honor former wide receiver Demaryius Thomas.

The 10 players stood motionless and waited for the play clock to wind down. They were assessed a delay-of-game penalty that the Lions quickly declined.

Broncos lined up with 10 players in formation on their first play to honor former wide receiver Demaryius Thomas.The 10 players stood motionless and waited for the play clock to wind down. They were assessed a delay-of-game penalty that the Lions quickly declined. https://t.co/ZHNc0JRH1Y

The Broncos lined up with ten men in formation on a first-and-10 as they got the opening kickoff. Denver’s offense then proceeded to stand and not move as they play clock ticked down to zero, resulting in a delay of game penalty, which of course the Detroit Lions declined.

As the clock was winding down, the Denver faithful were heard chanting “D-T.” On the sidelines, receiver Courtland Sutton stood by himself as the tribute commenced before re-joining his teammates for the next play.

In the fourth quarter of the Broncos clash against the Lions, free safety Justin Simmons, intercepted Jarod Goff and what he did next was just beautiful to see. The franchise had made a small section of grass on the sidelines into a little shrine for Thomas with his number 88 painted on the grass.

After his superb interception, Simmons ran straight over to the area and placed the football in the middle of Thomas’ number 88. Watch the video below.

It was a great tribute to Thomas as his passing has greatly affected the NFL community. A moment of silence was observed before the game on Sunday as the Broncos placed helmet decals with number 88 on them.

Thomas was drafted by the Broncos in 2010 and played nine seasons with the AFC franchise. During his time in Denver, Thomas became the franchise’s second-leading receiver with 9,055 and was third in catches in history for the franchise, behind Rod Smith and Hall of Fame tight end Shannon Sharpe.

The Broncos started the game with only 10 players on the field to honor Demaryius Thomas.

Goosebumps 🙏The Broncos started the game with only 10 players on the field to honor Demaryius Thomas. https://t.co/UnupjaKC6v

During his time in the NFL, Thomas finished with 63 touchdowns, 724 catches and 9,763 receiving yards.

The tributes and celebrations of Thomas’ life will likely last long after the final whistle on Sunday as fans, friends and everyone who knew Demaryius remembers the type of player and person he was.

Simmons’ actions after his interceptions show just how much Thomas was loved by the city of Denver.