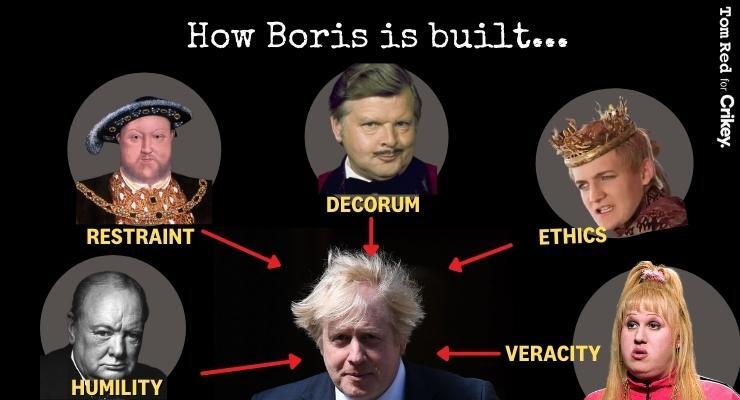 Boris Johnson could choose to tell the truth but, just like another PM known for his innate mendacity, that wouldn’t occur to him.

There is an unspoken irony about the journalistic indignation flooding newspapers over Boris Johnson and his lies. The irony is that the cack-handed lies and cover-ups spewing from No. 10 is not born of a political culture, but a journalistic one.

It’s not that Johnson necessarily tells more lies than his prime ministerial predecessors, it’s just that no PM before him has ever been so damn blasé about it.

This astonishing carelessness, now catching up with him fast, is the product of an upbringing in the bosom of UK newspapers, where facts could be flexible, truth was subjective, and its presentation a question of “angle”.