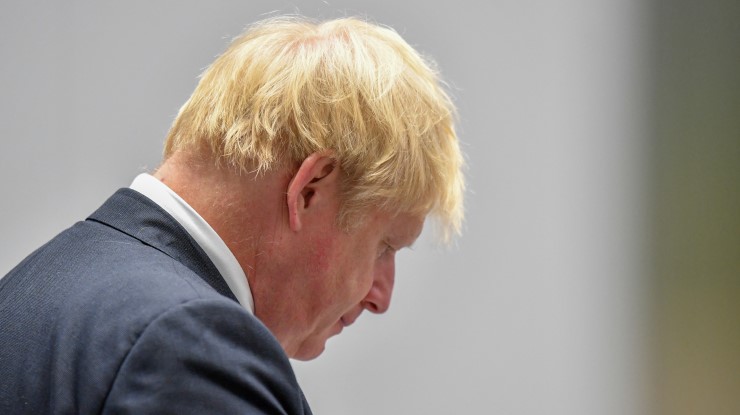 The British prime minister’s shining political star seems to be dimming — and Conservative prospects with it.

For much of his political career, British Prime Minister Boris Johnson has been known as an electoral wizard. His uncanny talent for appealing to people who wouldn’t normally vote conservative made him mayor of London, a left-wing heartland, in 2008, and later propelled him to a landslide victory and the prime minister’s job in the general election of 2019 with a Tory surge in traditional Labour constituencies.

Yet Johnson’s shambling, rumpled, Old Etonian schtick seems to be wearing thin. The latest polls show his approval rating running 13 percentage points behind Keir Starmer, leader of the opposition Labour Party. Despite commanding a majority in the House of Commons larger than any prime minister’s since Margaret Thatcher, Johnson may have to rely on Labour votes this week to pass new COVID-19 lockdown legislation. And an upcoming local election may see a commanding Tory advantage all but evaporate.

The cause of Johnson’s fall from grace has been a series of unforced errors that have highlighted three of his biggest apparent weaknesses: dishonesty, cronyism, and a dilettante attitude to the affairs of state.