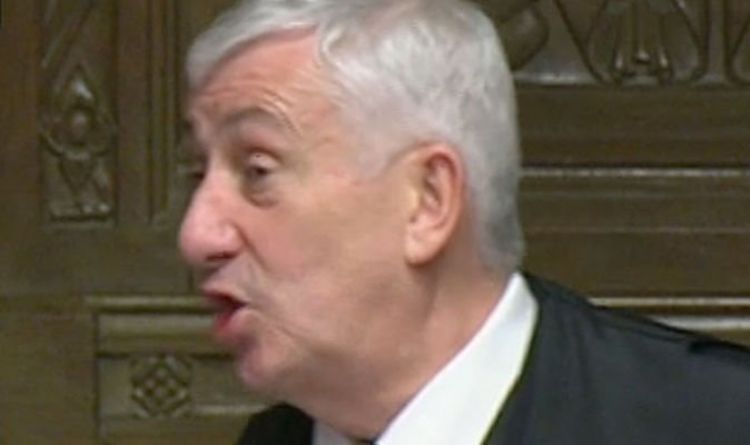 Lindsay Hoyle left MPs laughing after he told the Conservative frontbench he would be “dealing with this corner” before returning back to PMQs and did not need their help laying down the law. He scolded several backbenchers for yelling during Sir Keir Starmer’s question and said he wanted everyone to get away for Christmas. But Sir Lindsay said he was struggling to hear the questions from the opposition benches and said if things did not approve then they would not be able to break for the holidays.

Speaking during the last PMQs before recess, Labour leader Sir Keir Starmer attacked the Conservatives over the pandemic.

He explained the Labour Party had to step up and provide “leadership” after the Tories saw a huge 99 MP backbench rebellion against their new Covid rules.

The attack saw a lively interjection from the Conservatives who were jeering and yelling at Sir Keir.

Sir Lindsay was forced to intervene and calm things down and said: “This is silly because I can’t hear the question.

“I want to hear the question…”

Sir Lindsay turned his attention to the Conservative frontbench who continued their jeering and attacks despite the Speaker’s involvement.