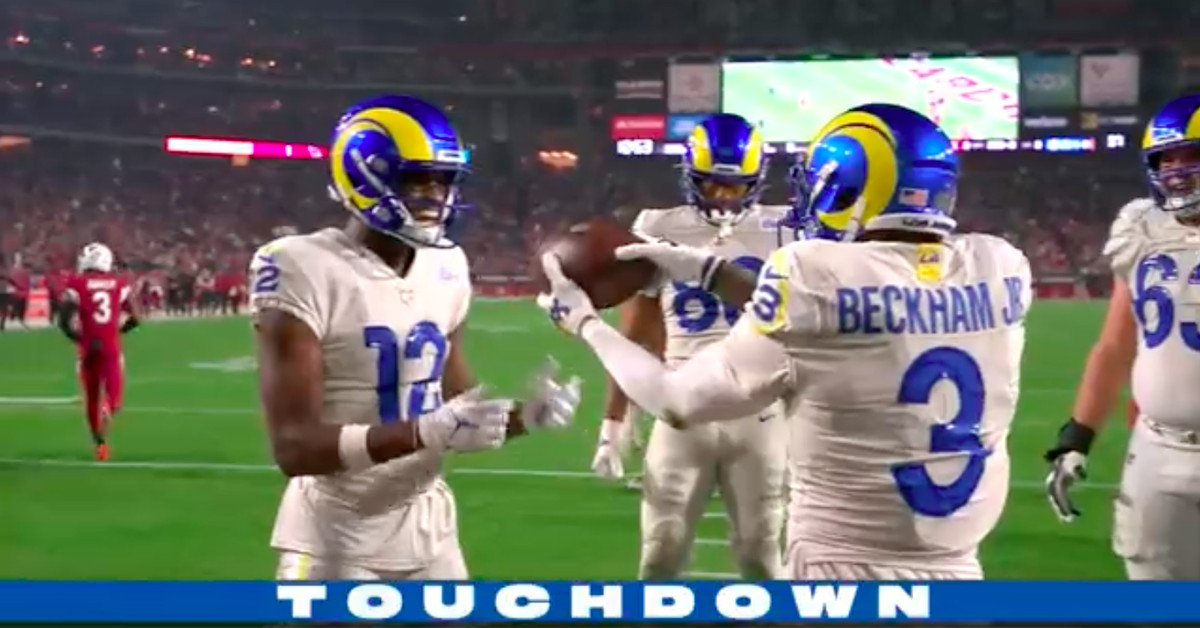 Odell Bekckham Jr. has been an elite pickup for the Los Angeles Rams since joining the team. Against the Cardinals he finished with 77 yards and a touchdown — and one hell of a meme celebration after his score.

But you might be asking “what is this, and why is everyone making such a big deal out of it?” Don’t worry, you’re not alone.

The celebration is a play on Dale Brown of “Detroit Urban Survival,” on TikTok which gained notoriety for its dramatic, and often hilarious self defense tips. Offering advice on everything from stopping a knife attack, to controlling someone who holds onto a handshake too long, mocking Detroit Urban Survival has been a TikTok meme. This past week the account was boosted into the stratosphere with a video called “Self Defense Gone Wrong,” where student gets a gun away from an attacker, but is killed because he wasn’t aware of his surroundings.

Since “Self Defense Gone Wrong” people all over TikTok have been copying the format with hilarious results, now we know that OBJ is a fan. It resulted in one of the best celebrations this season.