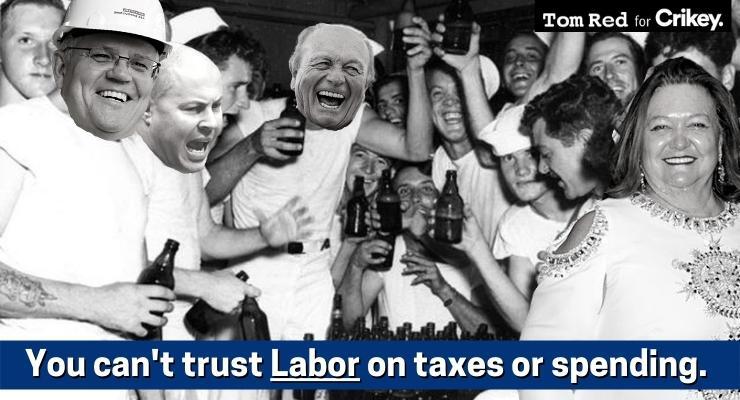 Lazy journalists are happy to repeat Scott Morrison’s claim that he is committed to lower taxes. Yet his own budget papers show the opposite is true.

Scott Morrison is Australia’s biggest taxing prime minister since John Howard. He imposes a taxation burden on Australians that is much higher than when Labor was in government, and he is hellbent on ensuring that the dip in tax revenue caused by the recession is reversed and taxes soar back to the heights he previously “achieved”. By 2025 he intends for us to pay well over half a trillion dollars a year in tax.

That’s the truth, according to Morrison’s own budget papers.

Press gallery stenographers, however, are happy to repeat verbatim Morrison’s lies about his government being committed to lower taxation. It’s a serious journalistic failure that misleads readers, and augurs poorly for coverage of the coming election campaign.