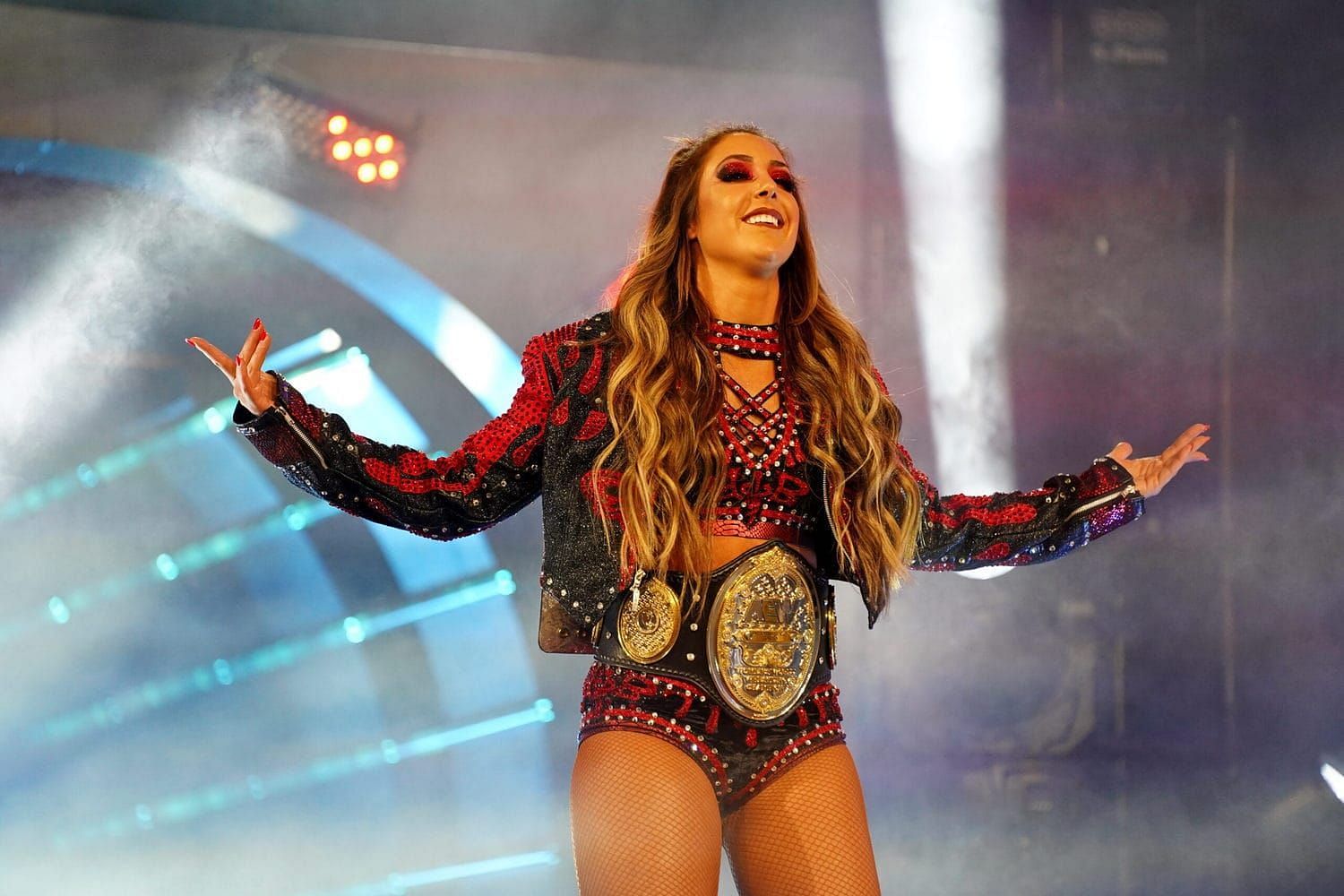 Serena Deeb recently spoke to WrestlingINC ahead of AEW‘s Winter Is Coming special, which takes place later tonight. During the interview, Deeb was asked about a possible future match against AEW Women’s Champion Dr. Britt Baker.

The former WWE Superstar said she had a lot of respect for Baker and added that while they have not been involved in a storyline together yet, they are bound to face each other some time in the future:

“I have a lot of respect for Britt. She was trailing behind me a little bit career-wise, like in terms of timeline. I was at Shimmer, then I went on to WWE. Then she was at Shimmer and we’ve kind of never really met up until AEW. I think she is one of the best characters on our show. She’s put in a lot of work, she’s put in a lot of time and energy into her character. She believes in who she is and you can feel that and I think that’s why people really love her.”

“Right now it’s not really syncing up for us to have our one on one. But at some point, it’s going to happen. Professor vs. Doctor, I think there’s a lot of marketability there and I think her ring work has improved so much from day one in AEW. I also really respect the fact she was an O.G. She was one of the first ones there, she built this division, along with Shida, along with Nyla, Riho. They built this, they laid the groundwork,” said Serena Deeb.

Dr. Britt Baker has been AEW Women’s Champion since May 2021

Baker won the AEW Women’s Championship earlier this year in May, defeating Hikaru Shida at Double or Nothing 2021.

Since winning the title, she has successfully defended her title on multiple occasions, including against Red Velvet on the first episode of Rampage as well as against Tay Conti recently at Full Gear 2021.

The next challenger for Dr. Britt Baker‘s AEW Women’s Championship will be Riho, who Baker has never been able to defeat in singles action.

A former WWE manager has the highest opinion of Hook. Catch it right here