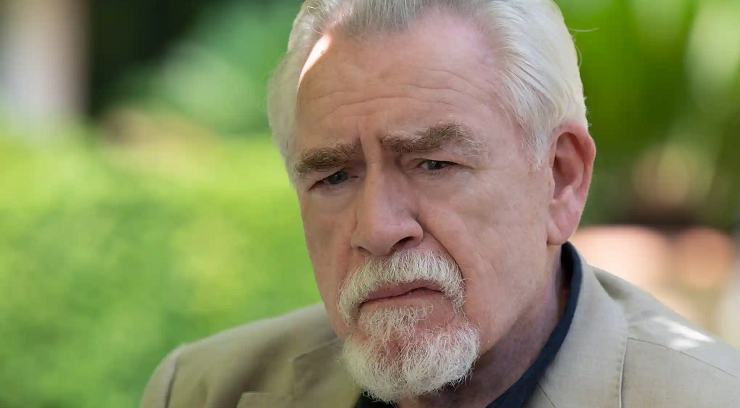 Succession exploded Lear-like this week with the final episode of season three. It left us hanging, wondering anew whether any of the fictional Roy children will fulfil the destiny inherent in the series’ title. Time to turn to the Murdoch family to get some idea of what happens next.

The HBO drama is, of course, fiction. Dramatically, it takes Shakespeare’s obsession with the dynastic challenge of his time — who would succeed the childless Elizabeth I — and transposes it into the world’s modern billionaire class.

For characters, it takes F Scott Fitzgerald’s reading of the extraordinarily rich: “They are different from you and me,” he wrote a century ago in The Rich Boy. “They possess and enjoy early, and it does something to them, makes them soft … and cynical … in a way that, unless you were born rich, it is very difficult to understand.”

Get 50% off your annual membership in time for reading season

Is that the Murdochs? No idea. I wasn’t born rich enough to know.

Still, Succession is read closely across three continents to see what the series’ media-owning Roy family might tell us about the real-life Australian-American billionaire Murdoch family.

The series matches real life on a grab-bag of small things — yes, there are four adult Murdochs and four adult Roys from two wives. Yes, there is an outsider patriarch reluctant to move on. But it maps, too, onto Shakespeare’s King Lear and the succession dramas of his history plays.

Here’s an idea: maybe it would be easier to turn it the other way around — how do the Roys suggest the Murdochs might act?

An underlying driver of the drama is the same as what’s been driving the Murdoch family companies over the past decade: how to liquidate the old while grasping the new? It’s part money, part power and influence.

Five years ago, the Murdochs took the money, selling off the grab-bag of entertainment and broadcast assets held by Fox in a share swap with Disney giving the family a passive 5% stake in the entertainment giant.

Money-wise it was a good deal — their Disney-shares are now worth about 50% more than when the deal was implemented in March 2017 (although the shares have been sliding this year). Nice money for no work: according to Forbes‘ real time net worth ticker this week the family is worth about $30 billion, about two-thirds of it in Disney shares which can’t be sold without a hefty tax burden.

Power-wise? It’s a win for Disney. As the Writers Guild of America West (WGA) wrote in its Media Mega Mergers report released on the weekend: “The combination created one company controlling nearly one-third of the [US] cable network market, a 35–40% share of the domestic theatrical box office, and a nearly 30% share of the labour market for professional writers of film and TV programming.”

It’s made Disney a significant producer here in Australia, taking over the 99-year lease of Sydney’s Fox Studios. It’s hurt News Corp’s orphan broadcaster, Foxtel, struggling to keep up in the streaming wars — with its offerings from Foxtel Go through to Binge lagging behind Netflix, Stan, and Disney+.

Like any takeover, it cost jobs. The WGA report reports work already gone and predicts that 3000 jobs will be lost from the merged entity while creative workers will have fewer rights due to Disney’s monopsony.

Spoiler alert: in the season finale, Succession’s Logan Roy seems set to make the same call as Rupert, negotiating to merge his assets as a minority player with a fictional tech platform. And, just as the Disney takeover of Fox delivered no jobs for Murdochs, looks like there’s no jobs in the fictional entity for the entitled Roy children. So sad!

On screen, the fictional merger of all Roy assets resolves all legacy challenges. Suddenly the fictional newspaper and cruise ships will be someone else’s problem.

In the real world of the Murdochs, there’s plenty of challenges left behind, particularly in News Corp. In Australia, COVID has been an opportunity to wind back with last year’s closure of local and regional newspapers and withdrawal from the AAP newswire.

Meanwhile, the political polarisation of US journalism is driving Fox News further to the fact-free populist right. This week, one of the last remaining “good journalists” on the network, Chris Wallace, jumped ship. Expect that trend, too, to accelerate in Australia — and to turn up in Succession season four…