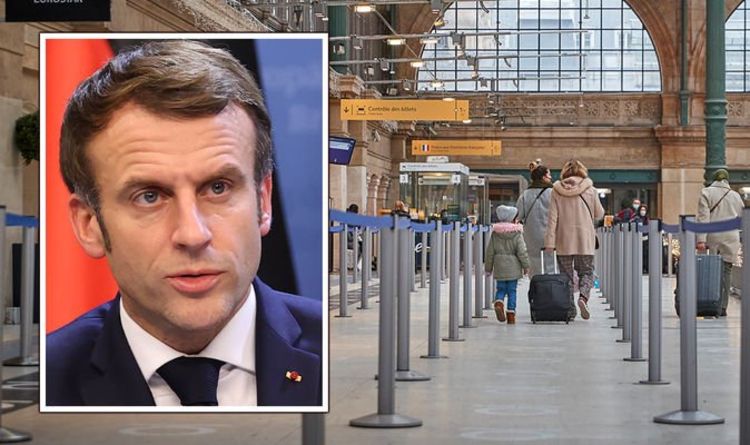 French Prime Minister Jean Castex announced new tough coronavirus restrictions will be enforced from Saturday, including a requirement for “compelling reasons” to travel to or from the UK.

Trips for tourism or business will not be permitted, his office said in a statement.

All arrivals will need to provide evidence of a negative coronavirus test taken less than 24 hours in advance, and must isolate for at least two days.

The statement added: “In the face of the extremely rapid spread of the Omicron variant in the United Kingdom, the Government has chosen to reinstate compelling reasons for travel to and from the United Kingdom, and to strengthen the requirement for testing on departure and arrival.

“In the UK Government’s own words, the UK will face a ‘tidal wave’ linked to the Omicron variant in the coming days.”

Reacting to the news, French people lashed out against their government’s decision.

“Either you harmonise with all the countries, or nothing.

“Anyway, it’s useless, the virus is already there in France by the thousands.”

Threats this could cost President Macron his job at the next election were made by a number of angry people.

And someone else called Francis added: “How can you impose tests of less than 24 hours for a measure entering into force in 36 hours?

“There are hardly any PCR tests available in the UK anymore.

“Anyone who has followed the measurements and is testing today for a Saturday departure will no longer be able to travel. Stupid.”

He posted on Twitter: “To confirm I have liaised with my French counterpart (Jean-Baptiste Djebbari) and hauliers will remain exempt.”

UK health minister Gillian Keegan said she has had to cancel a skiing trip to France over Christmas due to the rising threat of Omicron.

Asked on BBC Radio 4’s Today programme for her reaction to the French travel restrictions, she said: “My first thought is ‘I’m glad that I cancelled my trip to France’, because that’s where I was supposed to go for Christmas.

The new French measures come as concerns are mounting over the Omicron variant, which is surging in the UK, with daily confirmed COVID-19 cases reaching a record high of 78,610 on Wednesday.