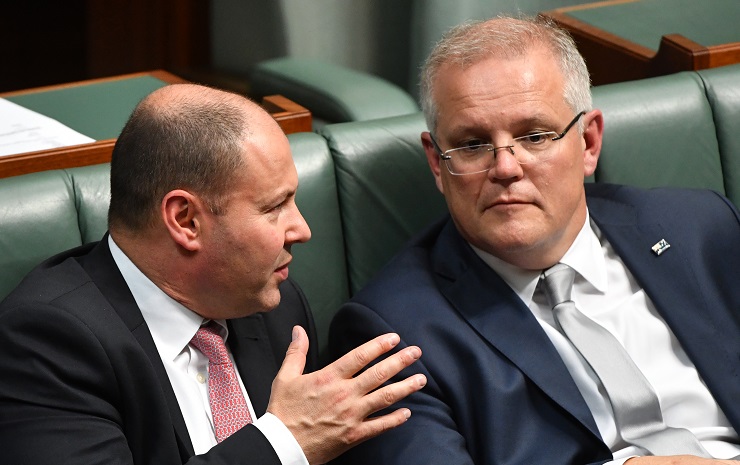 Despite a commitment to lower taxes, Scott Morrison will use a dramatic increase in tax receipts over coming years to attempt to buy reelection, leaving intact a series of colossal budget deficits, today’s Mid-Year Economic and Fiscal Outlook reveals.

The lack of change in deficits is despite a massive surge in tax revenue: the prime minister and Treasurer Josh Frydenberg plan to take an extra $45 billion in taxes this year and more than $100 billion over the forward estimates — despite Morrison trying to pitch himself as a supporter of lower taxes.

Get 50% off your annual membership in time for reading season

This represents a massive increase in the tax burden from the Morrison government compared with the already high levels forecast in the 2021-22 budget.

That extra revenue will instead be pumped into extra spending: the government will account for 28.7% of GDP this year, compared with 27.6% as at the May budget. That’s appropriate, given the Delta lockdowns that dominated the second half of the year.

By way of comparison, the highest spending got under Labor during the financial crisis was 25.9%. Across the forward estimates, Morrison and Frydenberg now plan to spend $100 billion more than they said back in May — and $60 billion of that isn’t this year because of the winter lockdowns, but in coming years.

About $16 billion of this extra spending is in a secret election war chest — “decisions taken but not yet announced and not for publication” across the forward estimates.

There’s an air of unreality about these numbers — not because of their accuracy, but because they are truly extraordinary. They show a profligate government that has expanded its spending addiction even further than previously.

Recall that less than two years ago, the Morrison government insisted it was “back in black” and the party of fiscal discipline. Now — despite boasting of a strong recovery — it is increasing deficit spending in the out years and increasing the size of government.

To see a government that insists, po-faced, that it believes in lower taxes and smaller government dramatically increasing its tax take and further expanding the size of government beyond that already projected is to see extraordinary hypocrisy. But it’s also to recognise that we are now truly in a new era of mega-government.