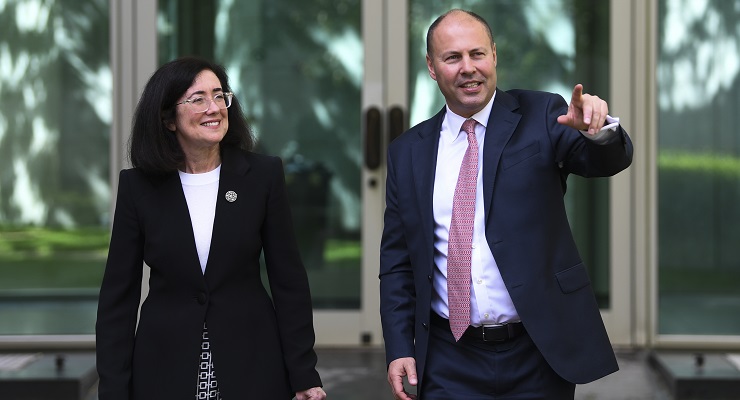 Gina Cass-Gottlieb can’t be a credible chair of Australia’s competition regulator — unless you think a key player for the country’s most powerful oligopolist should be in charge of regulating it, and every other competition issue.

That of course is the Australian way — we’re a country run by mates, and mates of mates, where the foundational doctrine of the current government is “we look after our mates”. Particularly when they’re Rupert Murdoch’s mates.

Cass-Gottlieb is more than a Murdoch mate. She’s been a lawyer for Lachlan Murdoch. That in itself isn’t enough to disqualify her — top lawyers work for the biggest clients. In the specialised field of competition law, any serious contender for the top job at the Australian Competition and Consumer Commission who isn’t a lifetime public servant is going to have history with some of the biggest companies in the country.

Indeed that, in part, is what makes appointees with private sector experience attractive. Businessman Graeme Samuel was heavily criticised by Labor when the Howard government appointed him to the ACCC but he turned out to be a strong and effective chair, one who made plenty of enemies among his former business peers.

But Cass-Gottlieb is a director of the Murdochs’ family trust, Cruden Financial Services, with a 12.5% vote. According to The Australian Financial Review, she was Lachlan Murdoch’s pick. That’s not a role merely for a talented lawyer, but for a trusted insider in one of the world’s most powerful families.

News Corp already dominates the Australian media industry across newspapers and subscription television services, and controls the primary real estate website. It is looking to expand into gambling to escape the shrinking world of media, and in the meantime is fighting a rearguard action against big tech companies in which the ACCC, under current chair Rod Sims, has been a key player.

The ACCC is crucial to both these News Corp strategies in Australia — in approving any major gambling acquisition, and in imposing more controls on Google and Facebook and any other online platform that threatens Murdoch interests.

Not to mention other transactions that might strengthen the Murdoch family’s competitors in various industries.

How Cass-Gottlieb thinks she can credibly steer the regulator through the coming years with her links to the Murdochs is a mystery, even if she severs all links with the family. No one can guarantee that, following her ACCC stint, she won’t return to the Murdoch fold.

It’s less of a mystery why Treasurer Josh Frydenberg appointed her. The appointment is a gift to the Murdochs, to ensure their loyalty in the election campaign, to indicate that the government will continue to assiduously look after the local interests of the Murdochs, as it has been doing in the campaign against Google and Facebook based on the lie of stolen content (the Murdochs love lies about stolen things) which is reaping the company tens of millions of dollars.

It’s also a personal signal from Frydenberg that he hopes for the Murdochs’ blessing to take over from Prime Minister Scott Morrison, ahead of Defence Minister Peter Dutton, who is currently better placed to succeed or knife Morrison. After the JobKeeper scandal, Frydenberg is damaged goods, while Dutton has used warmongering against China to make every post a winner. Frydenberg will be hoping Sky News swings behind him if push comes to shove either before the election or next year.

As for effective regulation of competition in some of Australia’s biggest markets, that’s a secondary interest.