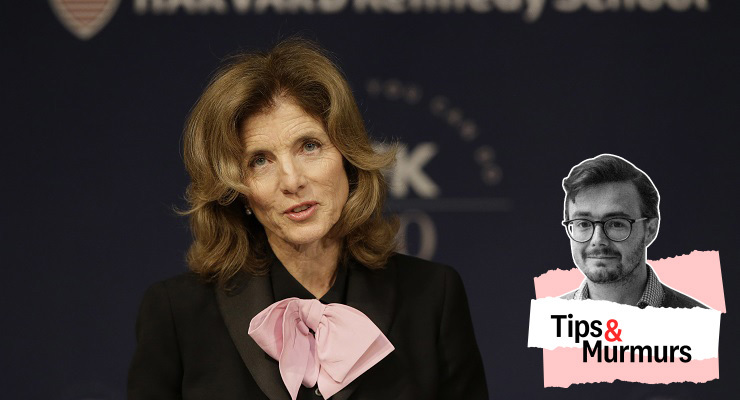 Australia and Caroline Kennedy make it official, months after we reported on the rumoured ambassadorial posting. This and more from the bunker.

Sweet Caroline We called it! In August Crikey reported on the likelihood of Caroline Kennedy getting the nod as US ambassador to Australia, and finally it’s been confirmed. As University of Sydney’s James Curran pointed out back then, Kennedy — with her experience in the region and close relationship with US President Joe Biden — makes a nice change from what we we usually get: “Most of them we get are these presidential bagmen, campaign donors sent to Canberra as a thank you or a sunset posting.”

And lest we take the months between the rumours and the appointment as a sign of disrespect, it’s worth bearing in mind that Biden’s predecessor, Donald Trump, had left the post unfilled for nearly three years before appointing the immortally named Arthur B Culvahouse Jr.

Maurice Less Former prime minister Malcolm Turnbull gave an opening address at the ANU last night, launching Transitioning to a Prosperous, Resilient and Carbon-Free Economy — for which he also provides a foreword. And as has been his wont since leaving office, he wasn’t holding back. He described Scott Morrison’s “technology not taxes mantra” as “simply hoping something will happen”. He talked about the “crazy troika” opposing climate change — right-wing media, government figures and “most rational” fossil fuel interests. To illustrate just how crazed it can get, he gave an anecdote about former ABC chair Maurice Newman.