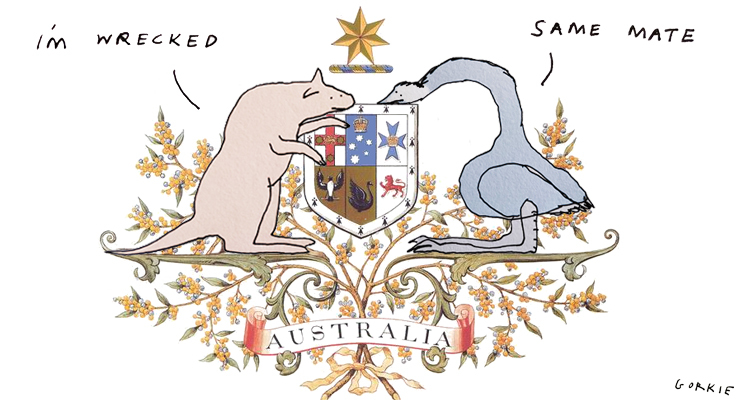 In October last year, Prime Minister Scott Morrison reflected on the increasing impact of the “shadow pandemic” of mental health, with the national cabinet committing to a new national mental health agreement by November this year.

That November deadline has come and gone and we still have no new plan to provide psychological support to Australians.

At the time, the announcement was seen as belated and vague, with an unnecessaryparliamentary inquiry announced toreview the recommendations of all the previous reports. Just like the delayed vaccine rollout, there was a strong sense that mental health reform was best seen as “not a race”.

All of the health data from 2020 and 2021 on the mental health impacts of the pandemic, particularly on children, young people and women, indicated the urgency of the situation. The continued upsurge in presentations for care with self-harm, suicide attempts and complex problems like eating disorders and mental health-linked alcohol and drug problems in the first half of 2021 — including a 45% increase in emergency room presentations in NSW of young people — showed the need for rapid escalation of health system responses. And that was before the prolonged lockdowns in NSW and Victoria this year.

In the final meeting for 2021 last Friday, national cabinet announced it hadreached agreement on an “in principle endorsement” of a new national mental health and suicide prevention plan. No draft of this new national plan, or the linked bilateral agreements between the Commonwealth and each state and territory, have been released for public discussion. Further details are promised for release in “early 2022”.

Australia has had a national mental health strategy since 1992. We’ve had five previous national plans. Despite all that concerted national planning, we are no closer to meeting reasonable expectations of access to a functional supply-chain of relevant services. This is particularly so not only in rural and regional Australia, but also in the outer suburban areas of all of our major cities. The growing inequity of access, due to escalating out-of-pocket payments for more specialized private services and the absence of public hospital-backed free services, has only grown faster during the demand surge that has accompanied the pandemic.

If and when this “new” sixth plan is finally released, will it contain any significant response to the ongoing mental health impacts of the pandemic? Will it actually propose any radical restructure of this chaotic part of the health system, as recommended by the Productivity Commission in its final report of June 2020? According to those who are close to the “insider” discussions, we shouldn’t get our hopes up.

What we are most likely to see is a “new”, “first-ever”, (re)statement of the “roles and responsibilities” of the various levels of government. These will actually be indistinguishable from those first articulated in 1992. No new accountability mechanisms are on the table. The old arguments about “who holds the hose?” (meaning, should we blame the states for poor delivery of public services?) and “who holds the purse strings?” (meaning, the Commonwealth via taxation and its regulation of the national Medicare and private health insurance industries) continue unabated.

Where does the Morrison government really stand on mental health reform? It always intended, pre-COVID, to leave any serious response until after the 2022 election. Despite the impact on people’s daily lives, and all the national rhetoric, will the Labor opposition really provide any serious alternative pathways in the pre-election period?

Or are both parties happy to leave mental health reform in the too-hard basket?

On the more optimistic side, it is at least clear that three states, who all face their own elections in 2022-23, are primed to take independent actions. Dan Andrews has committed $3.8 billion and massive organisational changes in response to his own royal commission. NSW under its new premier and treasurer are rolling out very specific responses focused on children and young people, and South Australia has committed to new major initiatives, with a particular focus on suicide prevention.

As with many of the tough questions posed by the pandemic, perhaps the real answer will be that any substantive practical response(s) will be implemented by the premiers — and that the capacity of the Commonwealth for leadership or national coordination has been greatly exaggerated.