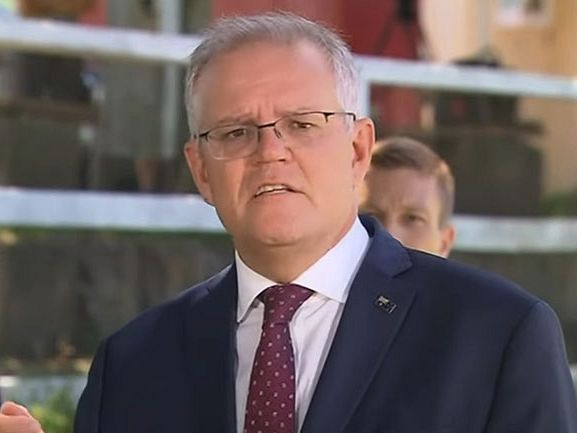 THE LIBERAL PARTY is afraid of Independents. It’s just changed electoral laws specifically to target groups supporting Independent candidates and is now directing the Australian Electoral Commission (AEC) to check in on these groups — a direction which the AEC has complied with.

The Labor Party waved through these new laws so one could argue it is also afraid. In reality, it’s not Independents themselves that the Liberal Party is afraid of but rather the grassroots democracy groups that have allowed these Independent candidates to emerge and the consultative and grassroots method in which genuine Independents run their campaigns.

Community backed Independents are predominantly campaigning on climate change, integrity and respect for women. Instead of owning up to their failings, the Liberal Party has in typical fashion gone on the attack. These Independents, according to the Liberals, are a cashed up hard left Labor and/or Greens front, with their consensus on policy allegedly highlighting their faux independence and the claim of disillusionment with their MPs voting record a fabrication evidenced by an absence of Independents in Greens and Labor seats.

Climate 200 isn’t dictating the policies of Independent candidates, it is donating to candidates who already share their values, unlike the fossil fuel companies that donate to both the Labor and Liberal Parties. Over 6,000 Australians have donated to Climate 200, many of whom are listed on the Climate 200 website — which Josh Frydenberg knows all too well.

This is an insult to voters. Saving the planet, ending corruption and ensuring women are safe in the workplace are at their core not political issues — they are common sense ideas that every decent human being supports.

Thirdly, this government has done worse than nothing on climate change, lied about their plans to implement a federal ICAC/CIC and tried to cover up a rape in Parliament House. It is the Liberal Party’s eight years of corruption, eight years of inaction on climate change and the past year of openly hating women that has seen grassroots Voices groups emerge across the country.

The Liberal Party can complain and point to the fact that these groups are not appearing in Labor seats all they like. All that does is highlight their inadequacy and disdain for actually representing their constituents. The Liberal Party is in power — not the Labor Party. If you’re frustrated with the state of politics in Australia, you go after the party that is in power.

Lastly, The Liberals are also running the ‘hung Parliament’ scare campaign, claiming that the election of Independents will lead to chaos. Perhaps they’d have a point if Parliament wasn’t already in chaos and if Australia’s last minority government, the Gillard Government, wasn’t the most productive government in Australia’s history.

Independents are providing a legitimate choice to many voters this election. If you’re in a Liberal seat with a community backed Independent and you want action on climate change, you want to end corruption and you don’t hate women, the Liberal Party no longer represents you and it’s time to change your vote. You can always vote Liberal again in the future when the Party moves back to being centre-right rather than the far-right party they are today.

The Liberal Party is right to be afraid of community backed Independents. Representing what your constituents want is how politics is supposed to work; that’s why the movement is so powerful and why it is so dangerous to political parties. Make no mistake, should the Labor Party win a majority government at next year’s election and refuse to act on climate change, corruption and respect for women — you can expect grassroots groups to pop up in their electorates, too.

Hayden O’Connor is an I.T. professional from Tasmania who currently lives in Melbourne. You can follow Hayden on Twitter @HaydenJOConnor.