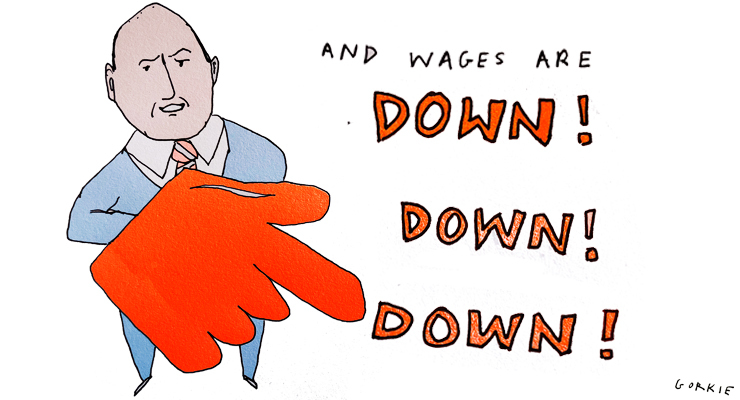 Yesterday’s MYEFO shows the government pumping huge amounts of money into an already strong economy — but with little of it flowing through to real wage growth. What gives?

What does it take to get wages growing in Australia?

According to Josh Frydenberg, who will go down in history as the biggest spending peacetime treasurer and the man who dramatically expanded the size of government in Australia, it will take half a decade of government spending above 26% of GDP, $340 billion of deficits, three years of unemployment in the low 4% range and massive business investment. That will eventually deliver wages growth of… 3.25% in 2025. That’s still well below the average level of the Labor years — including during the financial crisis.

That forecast is higher than in the May budget, which had wages reaching a measly 2.75% in 2025. But inflation has been upgraded in the forecasts as well. Real wages growth will be just 0.75% for workers in 2025.