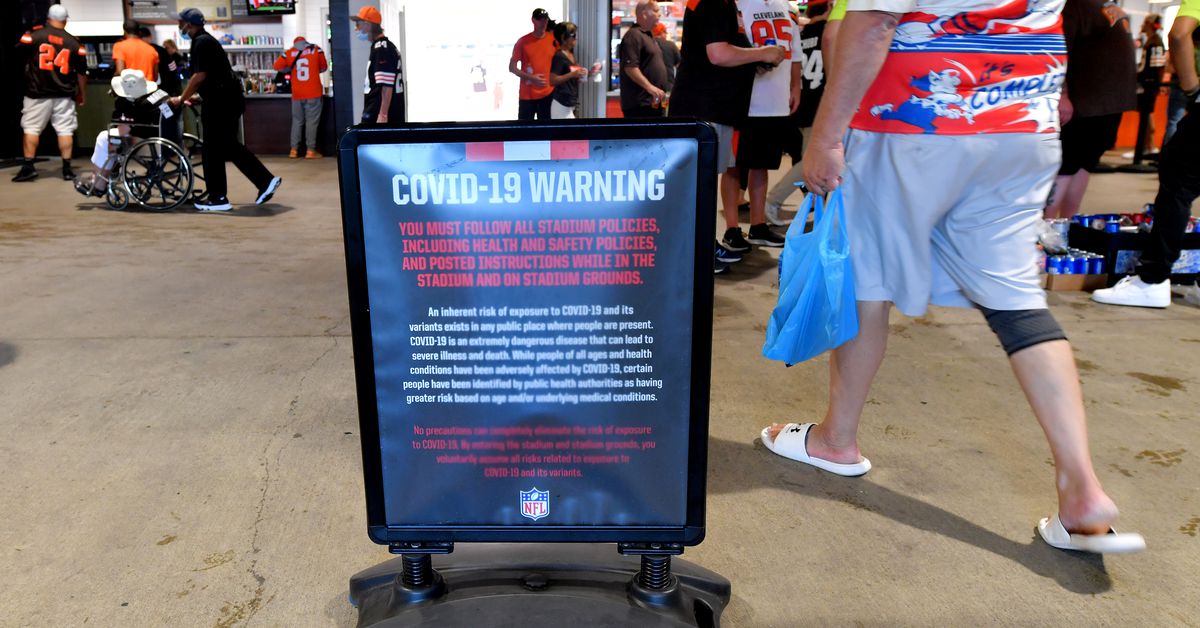 With the playoffs less than a month away, the NFL is in the midst of a Covid-19 disaster. As of Thursday night a total of over 150 players were on the league’s list of players on the Reserve/Covid list, with more being added seemingly by the hour.

The outbreak is already on the verge of claiming one game, with Raiders vs. Browns turning into a disaster. Cleveland has a total of 22 players on the Reserve/Covid list, with quarterback Baker Mayfield slamming the NFL for continuing the game as planned on Saturday, rather than postponing the matchup. This will almost certainly mean a loss for the Browns unless more players are made available. Cleveland will start third string quarterback Nick Mullens as both Mayfield, and backup Case Keenum are on the list. All this while Cleveland is fighting for a playoff spot.

The issue extends far beyond the Browns though, and we’ve hit a point where games around the entire NFL will be impacted by Covid protocols. It’s prompted the league to return to its initial hardline stance at the beginning of the pandemic, requiring all players to wear masks in team facilities, and utilizing a “grab-and-go” meal service in place of team cafeterias. It’s unclear what effect this will have in the long run though, or whether the damage has already been done.

While the new rules in place could potentially limit the spread, in the same breath the NFL is drastically reducing the barrier that prevents Covid-positive players from taking the field moving forward. Players will now be able to return to practice and competition as quickly as 24 hours following a positive test, providing the player is asymptomatic, as part of the new league guidelines. This could leave the door open for a lot of the Browns players to return in time for their game Saturday, but the late changes to the protocol has left the team without much of its key personnel in practice this week.

Essentially what we have is the NFL and NFLPA making up things as they go along to preserve the end of the season, however we don’t know the long term cost. The league is saying that two-thirds of its positive tests are among vaccinated players, noting the majority have mild-to-no symptoms, but has been less forthright on explaining the impact on unvaccinated players, or the minority of vaccinated players who are having more serious symptoms.

What remains to be seen is how the close of the 2021 regular season will play out, or be received in history. For much of the NFL the playoffs have already been decided one way or another, but we have two bubble teams hugely affected by Covid in Cleveland and Washington, both or whom are desperately trying to get in, or hold the position in the standings — while the Rams, who are one of the dominant teams in the NFC, is hoping to gain home field advantage in the playoffs.

With those games slated to continue as normal, this year might not be about the best team prevailing, but who is able to get lucky with tests and have the most asymptomatic players. It’s a ludicrous close to a season fortunate to make it this long without a major outbreak, however this is happening at the worst possible time. There have been some suggestions that the league should postpone for 3-4 weeks and reconvene after the holidays in late January to potentially allow teams to get healthy, but as it stands there is no willingness for the NFL to interrupt their schedule.

On Wednesday NFL commissioner Roger Goodell doubled down on his commitment to continuing the season as planned, saying:

This is no longer just a question of safety, but fairness — and the way this year is playing out is patently unfair to teams that found their form late in the year, or who happen to have outbreaks on their hands.

As with all things in the league, money comes first, and everything else is secondary. The NFL is a mess, and there’s no sign of things getting better.