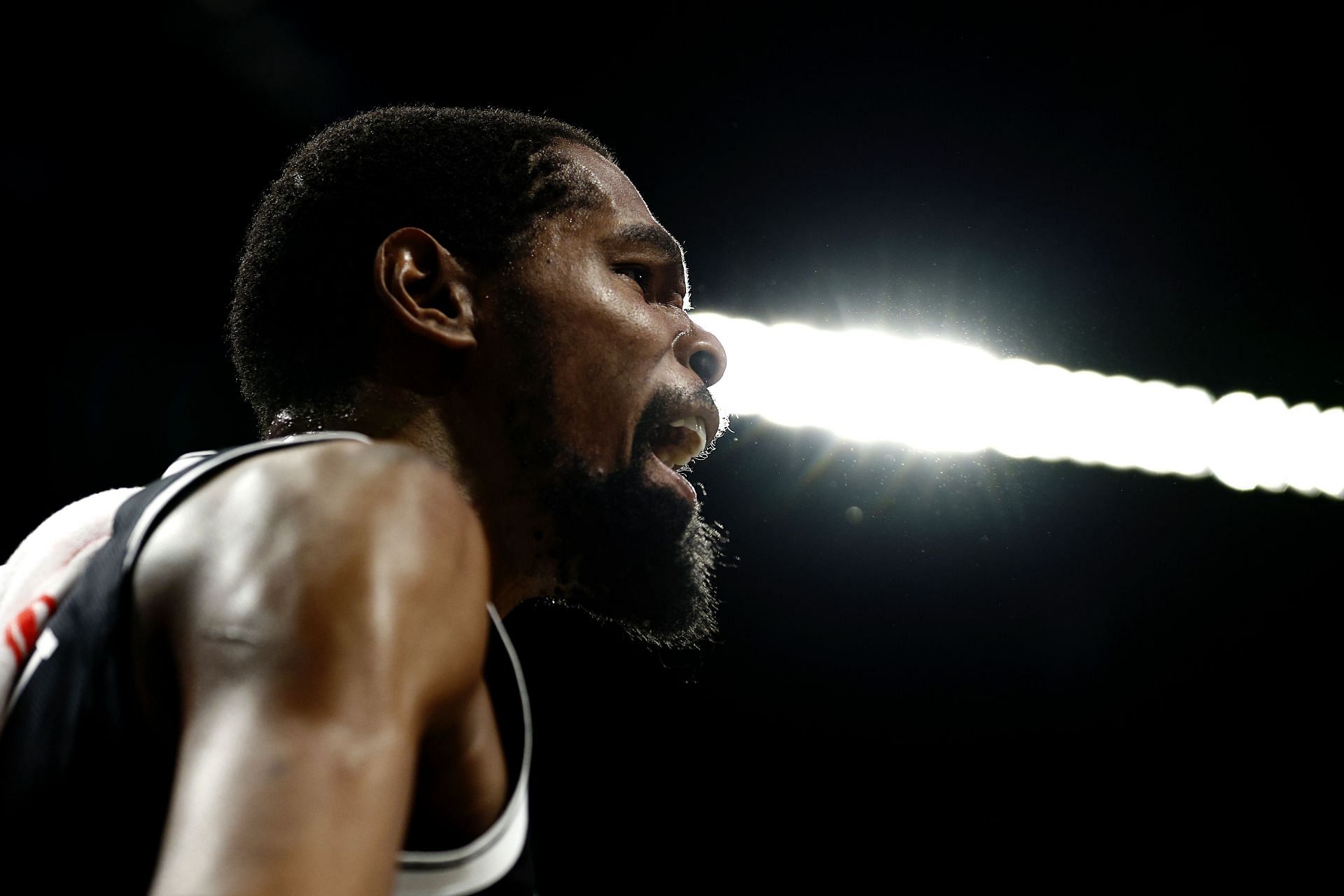 Kevin Durant has been phenomenal this season, almost singlehandedly responsible for the Brooklyn Nets‘ fantastic start.

He has already been pegged as a favorite to be named the Most Valuable Player, having been put into conversation alongside Golden State’s Steph Curry.

Chiney said Durant might be rested as the season goes deeper in time for the playoffs and that might affect him finishing in the top three in minutes. The ability to give Durant rest, she said, hinged on the Nets (20-8) being well positioned to make the playoffs.

While Lowe was in agreement, Perkins disagreed and said a player like Durant just wants to play. He believes the 6-foot-10 small forward will not be rested and as such will finish in the top three in minutes per game.

“Kevin Durant was away from the game for a year and a half, almost two years,” Perkins said. “This is a guy that eats, sleeps and breathes basketball, a true hooper. You cannot keep him off the floor. I don’t care what Steve Nash says or anybody; this guy wants to hoop.”

Kevin Durant ranks second in the league in minutes per game, at 36.9 minutes in 26 games. He is only behind the Toronto Raptors’ Fred VanVleet (38.0 mpg). In the Nets’ short-handed, 131-129 overtime win over the Raptors, KD played 48 minutes Tuesday.

The season has seen the star return to an elite level after sustaining an Achilles injury that was followed by a hamstring injury to keep him out of the game for one full season and a good chunk of last season. Durant has been terrific, putting up consistent performances.

Meanwhile, Kevin Durant just did this:

That’s the most points in a game by any player this season.

KD has scored the most points of any NBA player this season, posting 51 in a 116-104 win at the Detroit Pistons on Sunday. He surpassed Steph Curry’s 50 points last month against the Atlanta Hawks.

Durant also has the league’s top scoring average (29.6 points per game), with Giannis Antetokounmpo and Trae Young tied for second (27.0). He also leads the league in total points scored and field goals and has recorded nine double-doubles and two triple-doubles.

If he can stay fit and healthy, he will remain a heavy MVP contender.