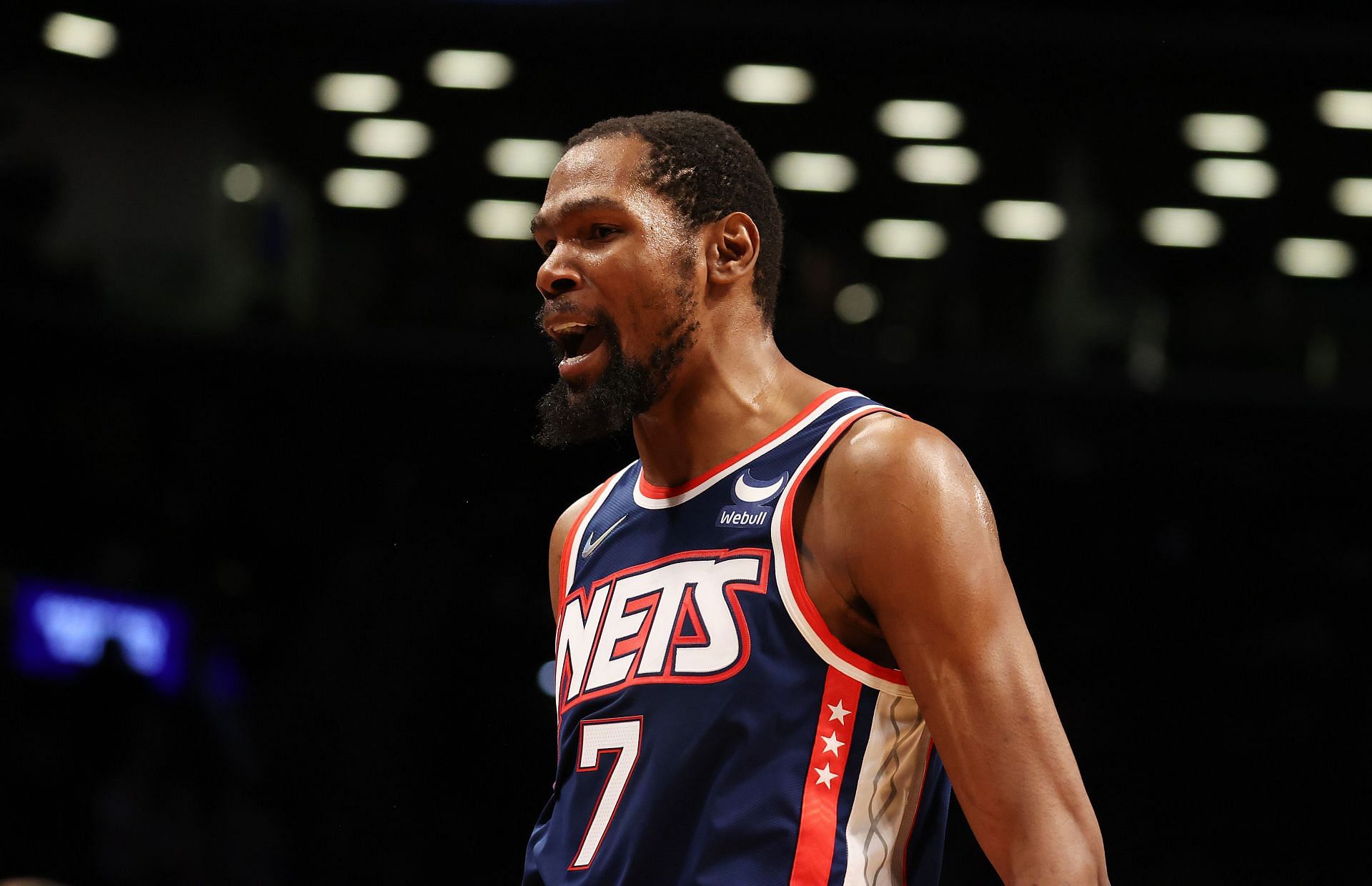 Kevin Durant has been having a fantastic season and has been in the NBA MVP conversation the whole time. Nick Wright, co-host of Fox Sports’ “First Things First,” said Durant has overtaken Stephen Curry and Giannis Antetokounmpo as the leader in the MVP race.

Kevin Durant has averaged 39.7 points, 10.3 rebounds and 9.3 assists in the past three games. In those three, the Brooklyn Nets were ravaged by COVID-19, having seven players in health and safety protocols, including All-Star James Harden. Even though Durant played alongside rookies and G-League players, Brooklyn won all three games.

Wright used Durant’s recent success to catapult him ahead in the MVP race.

“Kevin Durant, 34-11-8. The absolute clutch four-point play, late in the fourth quarter, to give the Nets a bit of a cushion. He right now has overtaken Giannis and Steph, for he once again is in pole position for league MVP. How about that?”

Durant has been putting up monster numbers, leading the league in points per game with 29.7 along with adding 7.9 rebounds and 5.9 assists. Curry and Antetokounmpo, of course, have been putting up their own insane numbers and should be in the conversation, but Durant has started to separate from the pack.

Antetokounmpo will also miss some time with COVID, which could help Durant in his MVP case.

This season compared to Kevin Durant’s other MVP season

Durant has been in the argument for the best basketball player on the planet for a while now, despite having only one MVP. He exploded onto the NBA scene in 2009-10, when he led the league in scoring at just 21 years old and then won three out of the next four scoring titles. Although in the one year he didn’t lead in average, he nevertheless finished with the most total points.

This season, he is again leading the league in scoring, with fewer points, but is grabbing more rebounds and creating more for others with assists.

What allowed Durant to have such a dominant year in his MVP season was that his co-star with the Oklahoma City Thunder, Russell Westbrook, played only 46 games. Similarly, Kyrie Irving has yet to appear in a Nets game this season, and Harden has been solid but not at usual superstar level.

Irving, however, will return to play in the Nets’ road games the rest of the season, the team announced Friday. Irving, who won’t be able to play in games in New York City and Toronto because he is unvaccinated, will be eligible for 24 games the rest of the way. His return should ease the burden on Durant, who is playing 37.0 minutes per game — his highest average since 38.5 in the 2013-14 season.

Durant is a relaxed and consistent player who often provides just enough to win games in the regular season. But when the lights shine brightest or Durant is needed to play like the best player in the world, he rises to the challenge.

When Durant was with the Golden State Warriors or last season, he played effortlessly until he needed to turn up his game in the playoffs. He was the NBA Finals MVP in both of the championship runs he had with the Warriors.

This season, Kevin Durant has been needed to carry the team, and he has responded. Brooklyn (21-8) has the best record in the Eastern Conference after a wobbly first week in which the Nets went 2-3.