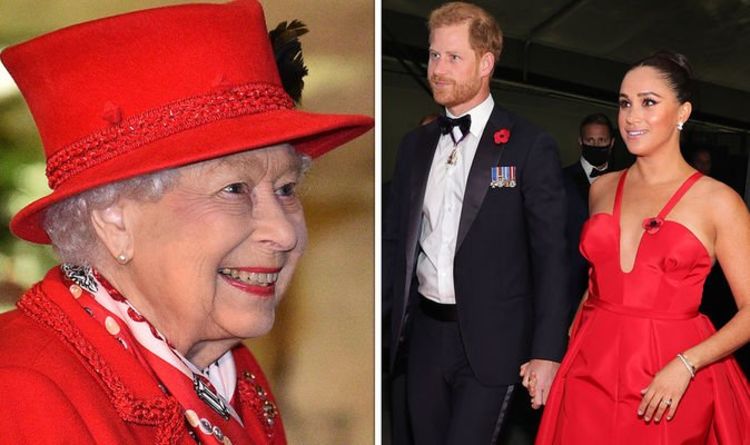 As Covid cases have risen sharply across the UK in December, fuelled by the Omicron variant of the virus, many families are now mulling over their Christmas plans – and the royals are no different. The Queen, 95, cancelled her traditional pre-Christmas lunch for members of her extended family this week due to the spike in Covid cases. The annual get-together had been set to take place during the first half of next week at Windsor Castle.

The gathering, usually held before the Queen departs for Christmas at her Sandringham estate in Norfolk, was also scrapped last year because of the pandemic.

Before the Queen’s cancellation amid the latest Covid surge, questions were raised about when the Royal Family’s Christmas plans would be revealed.

The Daily Mirror’s royal editor Russell Myers questioned whether Meghan and Harry would return to the UK to celebrate Christmas with the Queen.

The couple announced their intention to step back from their royal roles last year before eventually settling down in Montecito, California in the US.

Mr Myers discussed when the Royal Family’s Christmas plans would be outlined as he appeared on regal podcast ‘Pod Save The Queen’, hosted by Zoe Forsey, at the end of October.

He said: “I think it will be a fairly late decision because things are so fluid at the moment.

“Who knows what will be happening, so I don’t think it’s going to be anytime soon.

“One would assume there will be some sort of family Christmas with the Queen at Sandringham but I’m not a fortune teller.”

The journalist’s comments came at the end of a month in which the Queen dramatically cut down her workload due to her health.

The country’s longest-serving monarch axed several high-profile public appearances and since then has been mostly undertaking light desk-based duties.

“Will Harry and Meghan come back and use that opportunity? Only time will tell, I think.”

The Queen was reported to have taken the decision to cancel her pre-Christmas bash “with regret”.

She made the move as a “precautionary” measure to reduce the impact on other people’s festive plans, according to the Sunday Times’ royal editor Roya Nikkhah.

Meghan and Harry have not confirmed their Christmas plans for this year.

Last year the Duke and Duchess of Sussex spent the festive period in Montecito, while the previous three years were spent at Sandringham.

To subscribe to ‘Pod Save The Queen’ go to your normal podcast provider.