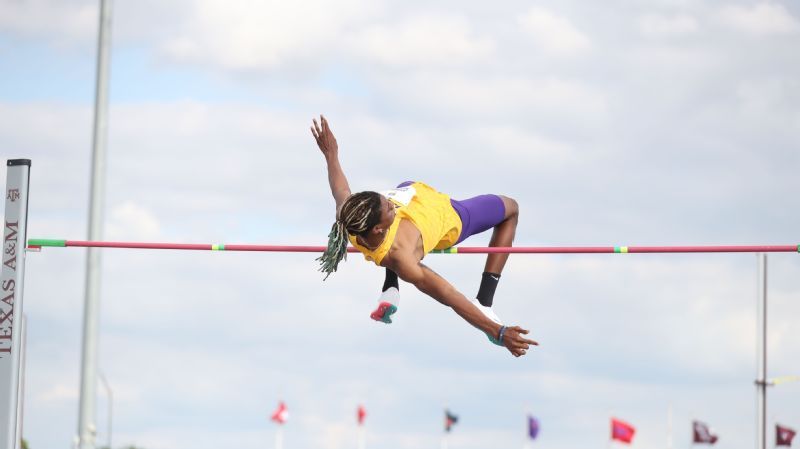 BIRMINGHAM, Ala. (Dec. 17, 2021)—The Southeastern Conference claimed the male and female Bowerman Friday as Texas A&M’s Athing Mu and LSU’s JuVaughn Harrison won the award presented to the most outstanding athletes of the year in collegiate track and field.

This marks the second consecutive time the SEC claimed both the male and female awards. LSU’s Sha’Carri Richardson and Florida’s Grant Holloway won The Bowerman the last time it was presented in 2019.

Harrison scored 20 points at the 2021 NCAA Championships to lead LSU to its first men’s outdoor team national title since 2002. He swept the indoor and outdoor long jump/high jump NCAA titles this past season. Harrison was voted the SEC Field Athlete of the Year in both the indoor season and outdoor season.

An SEC female athlete has won the Bowerman each of the last three times the award was presented: Georgia’s Keturah Orji in 2018, LSU’s Sha’Carri Richardson in 2019 and Mu in 2021. An SEC male athlete has won the Bowerman in six of the last seven years in which the award was presented: Texas A&M’s Deon Lendore in 2014, Florida’s Marquis Dendy in 2015, Arkansas’ Jarrion Lawson in 2016, Tennessee’s Christian Coleman in 2017, Florida’s Grant Holloway in 2019 and Harrison in 2021.