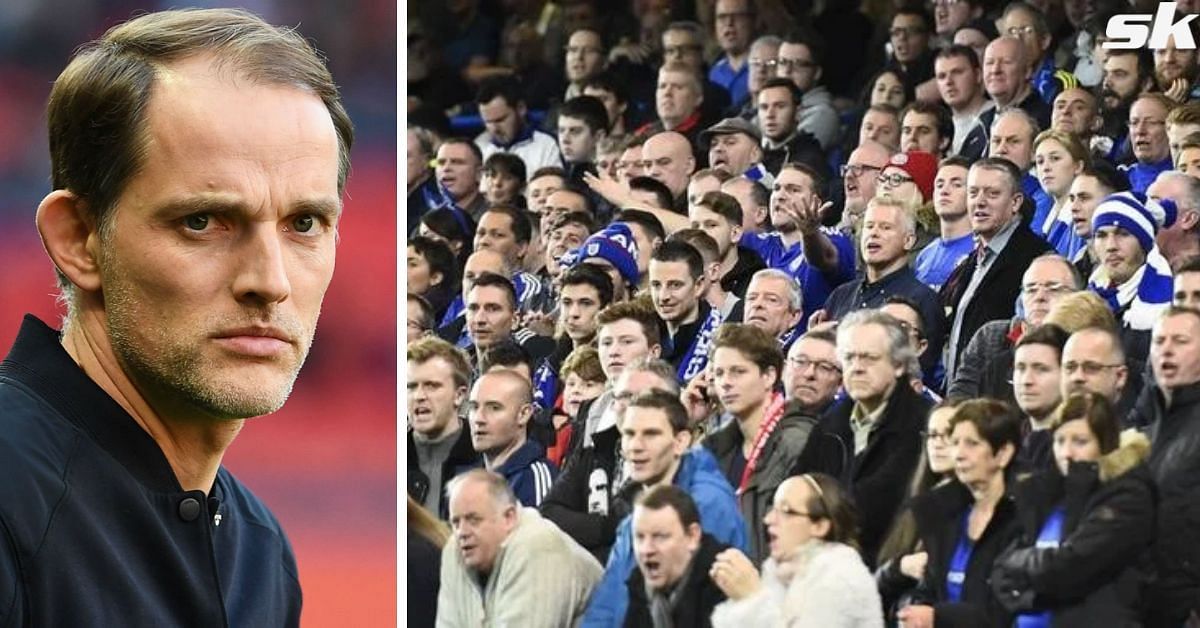 Chelsea manager Thomas Tuchel has urged fans to support the team when the going gets tough. The Blues were held to a 1-1 draw at Stamford Bridge by an understrength Everton side.

Despite creating several openings, Chelsea were wasteful in front of goal and were pegged back by Everton after taking the lead through Mason Mount.

There was a chorus of boos after the full-time whistle as Chelsea dropped points for the third time in five games.

Tuchel, however, has refused to criticize the form of his attackers and has pleaded with the fans to back the team instead of booing them:

“This game in all statistics, expected goals, is a clear win. The feeling would be totally different if we had a 3-0 win. We would praise the players [for] how they dealt with the situation. Who do we blame now? Mason Mount for not scoring in the first half? Reece James for not scoring? It is not possible. I will never, never do this.”

“You get booed off, it happens, but I don’t think it is for the performance. I think the people come, they wish the best for us, they support us and in the end they are disappointed and we are as well. I absolutely refuse to take it personally.”

The German coach feels the support is crucial now for Chelsea to get back to winning ways.

Chelsea’s draw against Everton saw them lose more ground to league leaders Manchester City. The Blues are now four points behind the pace-setters with nearly half the games played.

Thomas Tuchel was unable to call upon several first-team stars. The trio of Timo Werner, Romelu Lukaku, and Calum Hudson-Odoi tested positive for COVID-19 and were ruled out.

Without some of their regular attacking players, the Blues looked pretty profligate in front of goal. But the issues were there to be seen even before the Everton game.

The likes of Lukaku and Werner, when they return, need to hit the ground running to ensure Chelsea don’t lose further ground on the two teams above them.