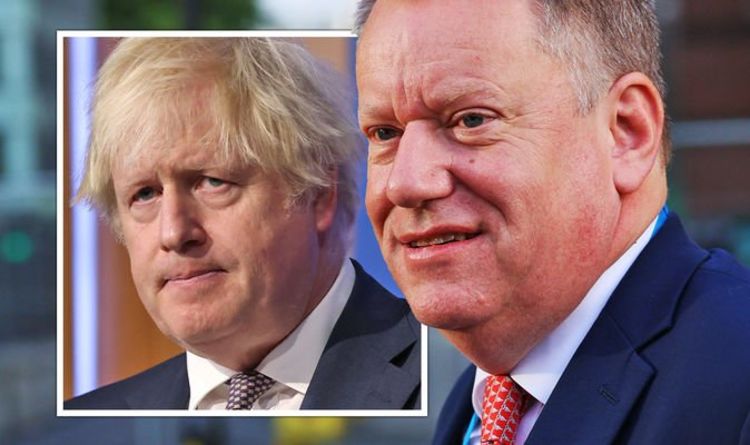 And one senior backbencher has admitted the decision represents a “serious blow” for the Government, while another compared it to a “leaking tap which could become a flood”. Details of the Brexit minister’s decision to quit emerged on Saturday, his resignation letter citing concerns over the Government’s “direction of travel”, particularly in relation to tighter coronavirus restrictions.

On Sunday, it was confirmed his Brexit brief has now been handed over to Foreign Secretary Liz Truss.

The loss of Lord Frost piled further pressure on Mr Johnson after the Tories’ disastrous loss in the North Shropshire by-election and the recent rebellion over vaccine passports.

Express.co.uk understands intense discussions are now taking place behind the scenes as Tories try to decide what happens next.

The Tory MP, speaking on condition of anonymity, told Express.co.uk: “This is a serious blow for the Government.

“It will be very hard to replace him and it is essential that he be replaced with the right sort of person who will continue his work.”

JUST IN: Brexit LIVE – Article 16 beckons! Truss to square up to Brussels

Mr Bridgen also weighed in during discussion in a WhatsApp group of Tory MPs, branding the news a “disaster”, adding: “Lord Frost was concerned about the policy direction of the Gov.

“So are most of the Conservative backbenchers.”

Speaking to Times Radio, Tobias Ellwood, the Remain-backing Tory MP for Bournemouth East, said: “The question now is ‘Who replaces him?’

“Is he going to be replaced by someone who is just designed to perhaps appease a wing of the (Conservative) Party or is this actually a real opportunity to press the reset button with the EU?”

In his letter of resignation, Lord Frost said: “You know my concerns about the current direction of travel.

“I hope we will move as fast as possible to where we need to get to: a lightly regulated, low-tax, entrepreneurial economy, at the cutting edge of modern science and economic change.

“Three hundred years of history show that countries which take that route grow and prosper, and I am confident we will too.”

He added: “We also need to learn to live with Covid and I know that is your instinct too.

“You took a brave decision in July, against considerable opposition, to open up the country again.

“Sadly it did not prove to be irreversible, as I wished, and believe you did too.

“I hope we can get back on track soon and not be tempted by the kind of coercive measures we have seen elsewhere.”