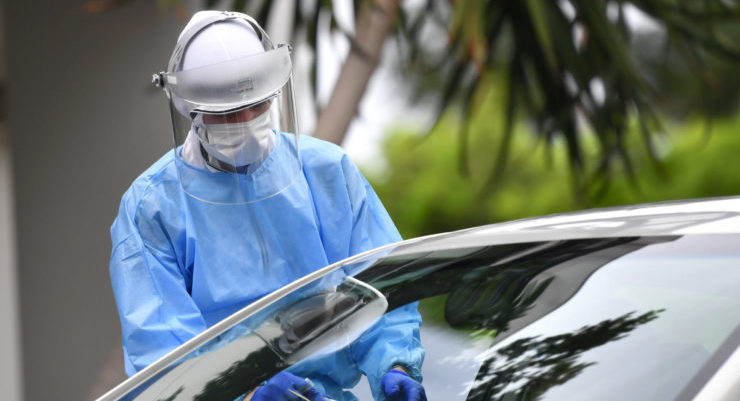 As the northern hemisphere plunges into winter, countries are reacting fast. The Netherlands has basically shut down until January 14, as The Guardian reports, while in the UK, London’s mayor advised to brace for new restrictions as 82,886 cases — 12,133 of them Omicron — were confirmed on Sunday, the BBC says. In the US, top doctor Anthony Fauci urged more than 50 million unvaccinated Americans to get the jab, calling Omicron “extraordinary” and predicting it’ll overtake Delta as the dominant variant, The Washington Post ($) says. Meanwhile a Washington State senator who led efforts to oppose restrictions died after getting COVID, The New York Times reports. He was 52. Further north in Ontario, Canada’s most populous province, there were 4177 new cases — a high not seen since April, the CBC reports — and new density limitations were brought into force.

The New York Times reports that a growing body of research suggests only Pfizer and Moderna shots (when bolstered by a booster) have initial success at stopping infection, though “all vaccines still seem to provide a significant degree of protection against serious illness from Omicron, which is the most crucial goal”. According to early research, shots from AstraZeneca, Johnson & Johnson, and vaccines made in China and Russia are not slowing the spread of Omicron, the NYT continues. But, The Guardian reports, there is good news about Omicron too — several antiviral drugs on the market are reducing the burden on hospitals, and it appears Omicron infections could be milder than Delta ones.

Coalition climate change outlier Matt Kean has lost his environment portfolio in a major NSW cabinet reshuffle, The Australian ($) reports. Kean has on several occasions strayed from the watery party line on climate in an effort to, well, help safe the planet from a code-red meltdown — in October he said his colleagues in the federal Nationals could resign if they don’t back net zero, and last January said his boss, Prime Minister Scott Morrison, “doesn’t know what he’s talking about” on climate. Kean, who is also Treasurer in the Perrottet ministry, will hold onto the Energy portfolio but Manly MP James Griffin will handle Environment (he’s parliament secretary for the portfolio at the moment).

In what is kind of a low bar, there are now seven women (up from six under Gladys Berejiklian) among the 26 ministers in Dominic Perrottet’s cabinet, ABC reports. Minister for Sport, Multiculturalism and Seniors Natalie Ward will take on roads and the prevention of domestic and sexual violence, while Miranda MP Eleni Petinos will be Fair Trading and Small Business minister, one of three women promoted in the changes. But Nationals MP and Minister for Water, Property and Housing Melinda Pavey, was dumped, as the AFR reports. She says she was “disappointed” but respected the process, ABC says.

Things are heating up in the stoush between the public broadcaster and the Murdoch empire, as the SMH reports. Fox News has gone to the Australian Communications and Media Authority (ACMA) with their complaint over ABC’s Four Corners investigation, after the broadcaster’s complaints department dismissed it. The media watchdog — who are not compelled to do so — have decided to open an investigation. Journalist Sarah Ferguson presented Fox and the Big Lie, a two-part episode which showed the TV network’s coverage of Donald Trump, incensing Fox News who actually complained about it before it even went to air. Fox thought it was biased and “riddled with basic factual errors”.

More locally it’s no secret Murdoch papers The Australian, The Daily Telegraph and The Herald Sun have no issue going for the ABC’s jugular — just last week Gerard Henderson wrote a column for the Oz ($) titled “Another year of ABC bias is not to be celebrated”. It’s a common theme — The Daily Telegraph ($) published a story in September from Tim Blair titled “Decades of ABC Disappointment” while the Herald Sun ($) published a story capitalised MEDIA WATCH: THE ABC’S FACTORY OF DECEIT back in February, among many, many others.

But chair Ita Buttrose didn’t let that stop her from going into the belly of the beast — she spoke to the Oz ($) last week, saying she’ll be demanding more money from whoever takes the helm of the country next year. The ABC gets about $1 billion a year at the moment — for comparison, in Australian dollars, the UK’s BBC gets $6.5 billion in public funding, while Canada’s CBC gets $1.2 billion in public funding.

A new album is climbing the ARIA charts, knocking The Weeknd and even ABBA out of the way to the top five. The album? Birds. No, really — it’s completely and utterly an album of bird noises, with the likes of the gang-gang cockatoo, the princess parrot, the western bassian thrush (oh dear) and, of course, the classic sounds of the scrubtit.

The birdsong album was released by BirdLife Australia, who produced 53 tracks by the country’s most endangered species. Some sounds took hours to record, the BBC reports, with wildlife sound recordists like David Stewart waiting hours in the scrub to catch the elusive squawk or tweet. The album hit the charts on December 3, and an excitable social media campaign saw it soar — mind the pun — up the music charts. And it’s for a really good cause — all proceeds will go towards conservation projects to protect the flighty little songsters and songstresses. As of Friday Songs of Disappearance had sold more than 3000 copies — you can grab yours here.

Wishing you a happy Monday, folks.

The NSW premier has battered away calls to reintroduce masks or other restrictions, calling safe COVID practice a person’s own responsibility as cases in the state hit a record high. The line has more than a whiff of federal counterpart Prime Minister Scott Morrison’s pre-election bleating about “governments seeking to control people’s lives and tell them what to do” — a classical liberal theme which is a little out of place in a burgeoning variant crisis during a pandemic.

“As we described it during this week’s Very Crikey Christmas event, 2021 was a classic dispiriting sequel to 2020. It had all the same basic moves — democracy eroding as surely as a sand dune assailed by rising sea levels, long periods where most of the country was locked in their homes, fracturing social cohesion, protests threatening something potentially terrifying — but with none of the novelty or excitement of the original …

“Voting for Crikey’s Person of the Year and Arsehat of the Year closes midday on Thursday December 23, and the winners will be announced the next day. Get your ballots in!”

With no national mental health agreement, psychological support is apparently also ‘not a race’

“In the final meeting for 2021 last Friday, national cabinet announced it had reached agreement on an ‘in principle endorsement’ of a new national mental health and suicide prevention plan. No draft of this new national plan, or the linked bilateral agreements between the Commonwealth and each state and territory, have been released for public discussion. Further details are promised for release in ‘early 2022’ …

“If and when this ‘new’ sixth plan is finally released, will it contain any significant response to the ongoing mental health impacts of the pandemic? Will it actually propose any radical restructure of this chaotic part of the health system, as recommended by the Productivity Commission in its final report of June 2020?”

“International students, who provide hundreds of thousands of workers for low-skill jobs, are on their way back, though it’s yet to be seen how many will return and how quickly. The government’s assumption that COVID is sorted and borders will never close again could yet prove optimistic.

“But unusually, even business groups are admitting that opening the doors to temporary migrants won’t solve everything — Australia will have to compete with other countries for skilled workers, and with other higher education systems for foreign students. Employer groups are calling for more upskilling and training — though that’s a longer-term fix.”

‘I can’t guarantee it’: Rafael Nadal no certainty for Australian Open (The New Daily)

How Labor will revitalise communities and businesses by buying Australian — Anthony Albanese (The New Daily): “That’s why a federal Labor government will implement a 10-point Buy Australian plan to harness the purchasing power of government in our national interest. Large government contracts go to the construction sector every year. Typically they go to large overseas-based companies. I want to see more Australian companies having the chance to bid for the billions of dollars of work in communities right across Australia and empower them to grow and hire more local workers to deliver these major projects.

“A Labor government would work with state governments to break these mega-projects into smaller chunks, where it makes sense to do so, to open the door to small- and medium-size businesses keen for a slice of the work. We will make changes in the heart of government decision making to solidify our commitment to buying Australian. We’ll legislate to entrench supporting local businesses by creating a Buy Australian Act. We’ll establish a Future Made in Australia office within the Department of Finance to ensure that government departments prioritise local suppliers wherever it is feasible.”

Independents seek to reclaim centre from wealthy Goliaths — Simon Holmes A Court (The Australian) ($): “Last election, parties reported income of $435 million and Clive Palmer spent $89 million helping re-elect the Coalition. We’ll never come close to those numbers. But together 6750 of us have raised $6.5 million so far. If we pick our campaign fights wisely, we might be able to help a few independents take on political Goliaths and win. And a couple more might be all it takes in a tight parliament for these independents to hold the balance of power. The best thing about these community candidates? None of them are career politicians. They’re cleanskins, and they’re not beholden to party machines.

“Climate 200 is subject to the same disclosure laws as political parties. (Despite much bluster, new disclosure laws that took effect this week had no practical impact on Climate 200.) We go a step further, proudly listing thousands of donors on our website. Frydenberg’s Kooyong 200 has received $1.7 million in donations in the four years to June 2020 without disclosing a single donor.”