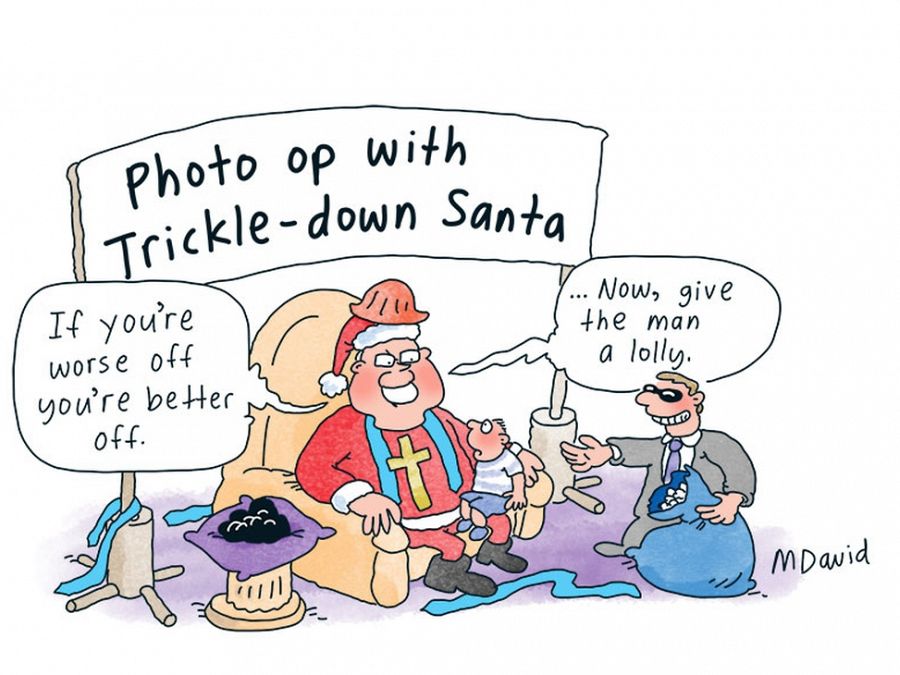 The latest report to Parliament on the state of the economy by Coalition ministers is riddled with contradictions, hypocrisies and falsehoods, writes Alan Austin.

THERE IS A disturbing incongruity at the heart of the Government’s end-of-year economic assessment released last Thursday. It proclaims that its economic management is magnificent and Australia’s economy is set to boom.

Yet, the current run of the deepest budget deficits on record will continue until 2025. Gross debt will more than quadruple Labor’s level and reach $1.2 trillion.

How is this possible? How can the budget still be in deficit with booming growth, high productivity, bounteous jobs, rising wages and companies raking in record profits, which surely must mean record tax receipts and government revenue overflowing?

Having performed more strongly than any major advanced economy throughout the pandemic, the Australian economy is poised for a strong expansion that is forecast to see the unemployment rate fall to 4.25%by the June quarter of 2023. This would represent the first time since before the Global Financial Crisis that Australia has sustained an unemployment rate of below 5%and only the second time since the early 1970s.

The answer to the question above, of course, is that the words in this document are not credible. The economy is currently being managed in an inept manner.

We can demonstrate this by examining the actual data presented in the body of the MYEFO and in the historic tables in appendix E, which show outcomes from 1970 to 2021 and projections until 2025. These prove Australia’s worst period of economic management has arguably occurred since 2014.

The fallacy of economic growth

It is blatantly false to assert Australia’s growth has been stronger ‘than any major advanced economy throughout the pandemic’.

We now have final Gross Domestic Product (GDP) growth figures for the September quarter for all OECD countries except Costa Rica (whose growth we can estimate based on past levels).

All countries except New Zealand have positive annual growth, averaging a solid 5.4%. The United Kingdom, Hungary, Iceland, and Estonia are above 6%. Ireland, Greece, Chile and Colombia are above 11%. Australia’s lowly 3.85% growth ranks a miserable 30th out of the 38 developed countries, close to the lowest ranking on record.