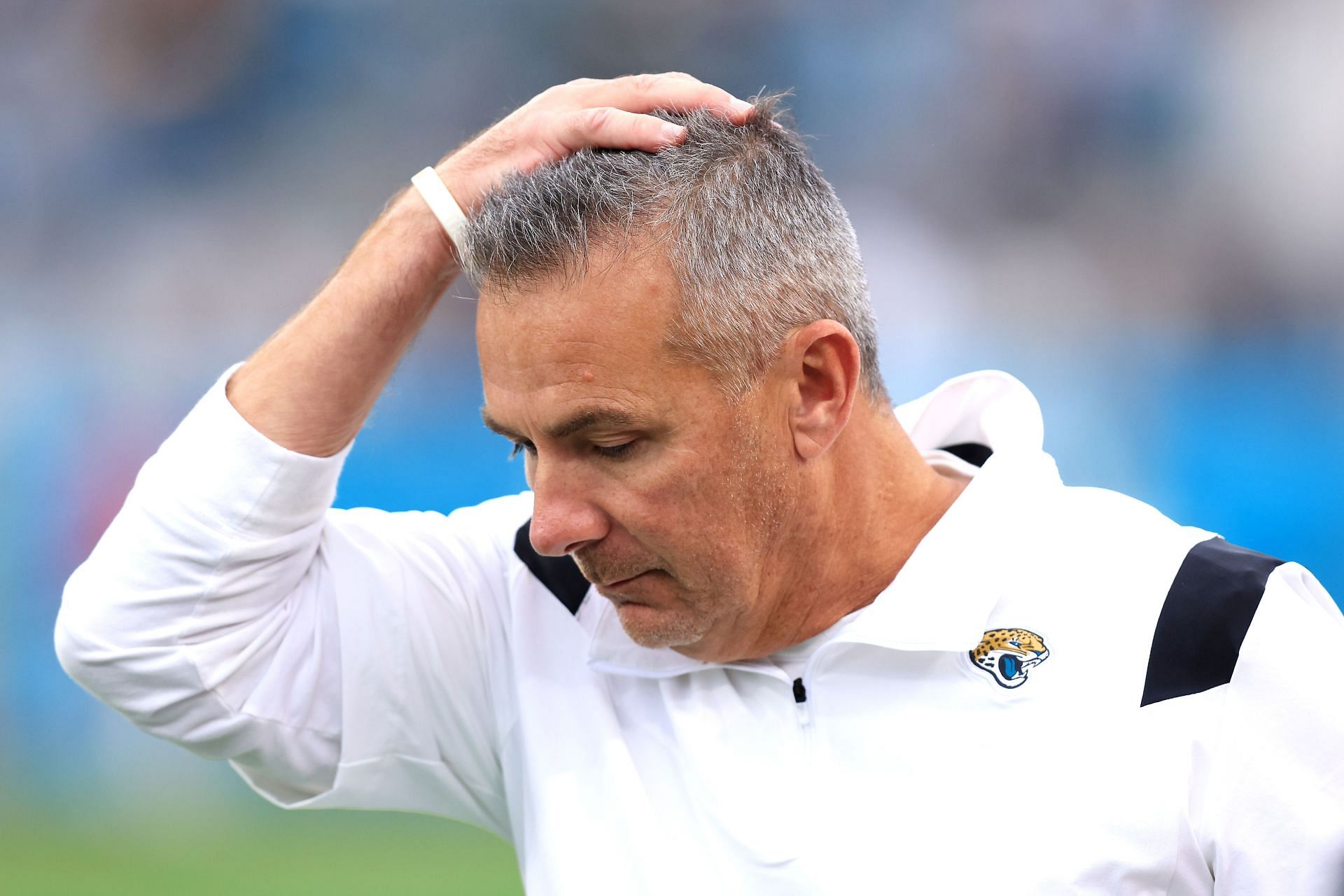 Urban Meyer was hired in January of this year as the head coach of the Jacksonville Jaguars after coaching in college for 17 years. However, his tenure in Jacksonville did not last a full year as owner Shad Khan fired Meyer after 13 games.

Read: “The biggest failure of leadership in the history of the NFL” – ESPN Analyst questions Urban Meyer’s Jaguars tenure

After being terminated, Meyer spoke about how time with the Jaguars went in a phone interview:

“I just apologize to Jacksonville. I love Jacksonville. It’s one of the reasons I took the job. I still think Shad’s a great owner. It’s heart-breaking. I just had a dream of it becoming a destination place with a new facility he agreed to build and some day to walk into that stadium where it’s standing room only.”

Meyer went on to speak about his passion and desire for the team to be successful:

“Because I know how bad the people of Jacksonville want it. So, I’m just heartbroken that we weren’t able to do that. I still believe it’s going to be done. It’s too good of a place.”

The former Jaguars head coach had a record of 187-32 in college, including three national championships: two with the Florida Gators and one with the Ohio State Buckeyes.

Exclusive: Former #Jaguars coach Urban Meyer speaks for the first time since getting fired, describing his dismissal to me as “devastating” and “heart-breaking.” More from our 20+ minute conversation: nfl.com/news/former-ja…

He was honest that it was difficult to process losing games and that is a challenge that he says he is still working on, mentioning:

“I tell people, losing eats away at your soul. Once you start losing, it’s hard on everybody.”

The losing was a major issue for the Jaguars, and they are currently sitting in third place in the AFC South. They finished last in the division for three straight years after winning the division in 2017.

Urban Meyer and What Went Wrong in Jacksonville

There were reports of dysfunction within the Jaguars’ locker room, including team captain wide receiver Marvin Jones leaving the facility due to Meyer’s open and closed disapproval regarding the benching of running back James Robinson. Meyer also told his assistant coaches that they are losers while challenging them to defend their coaching resumes.

There was another report from the Tampa Bay Times quoting former Jaguars kicker Josh Lambo, who claimed Meyer kicked him while Lambo was stretching during preseason practice.

Just a couple ‘thoughts’ on the firing of Urban Meyer. Boy I wish a coach would’ve tried to kick me…lord hammercy! @firsttake

Just a couple ‘thoughts’ on the firing of Urban Meyer. Boy I wish a coach would’ve tried to kick me…lord hammercy! @firsttake https://t.co/zr4poS22GD

Meyer said the incident with Jones was not accurately portrayed and the Lambo incident did not happen. Either way, Meyer is an NFL head coach no more as he and the Jaguars try to turn the chapter.