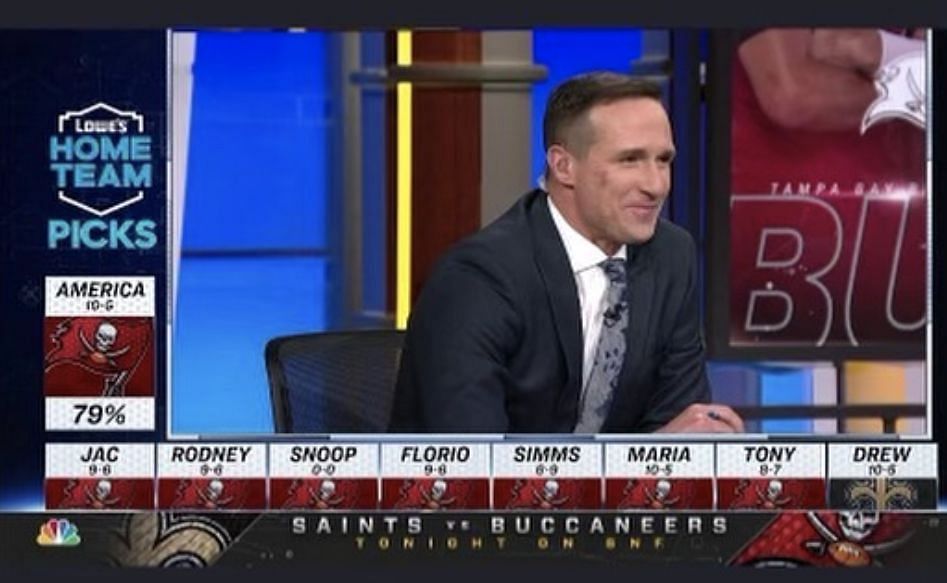 Former NFL quarterback Drew Brees is now working at NBC as an NFL analyst on Sunday Night Football. Brees retired after 20 years in the league, 15 of which were spent as a member of the New Orleans Saints.

On the pregame show Football Night in America, the panel made picks for the game on Sunday night. Everyone went with the defending Super Bowl champion Tampa Bay Buccaneers except for one Drew Christopher Brees.

He went with the Saints and it paid off in a big way.

The Saints pulled off a big win on the road in Week 15 of the 2021 season at Raymond James Stadium by shutting out the Buccaneers with a score of 9-0.

All of the points in this game came off the leg of Saints kicker Brett Maher in the first, second, and fourth quarters.

In that game, Brees went 26 of 39 for 307 yards passing with four touchdowns and an 11-yard run. The Saints put up 447 yards of offense that day while the defense forced five turnovers.

The former Saints quarterback led the league in passing yards in 2012 with 5,177 yards passing and 43 touchdown passes. He also tied with Tom Brady when he was with the New England Patriots in completion percentage at 63 percent.

Drew Brees versus the Buccaneers

As the signal caller for the New Orleans Saints, Brees has played the Buccaneers 30 times in the regular season with great success. In his 15 years under center for the Saints, he had a record of 20-10 versus the Buccaneers.

Brees had 61 touchdowns with 27 interceptions and 8,248 yards passing.

When it came to the playoffs, he lost his lone game against the Buccaneers, going for 19 of 34 for 134 yards passing with a touchdown and three interceptions.

This would end up being his final game in the NFL after 20 years, 286 starts in the regular season, and 18 in the playoffs.

Brees is one of two quarterbacks with 80,000 career passing yards, along with Buccaneers quarterback Tom Brady.

Brees’ NFL journey started in San Diego, then in New Orleans, and on his way to Canton, Ohio for the Pro Football Hall of Fame.

Also Read: Why does Tom Brady struggle against the New Orleans Saints’ defense?