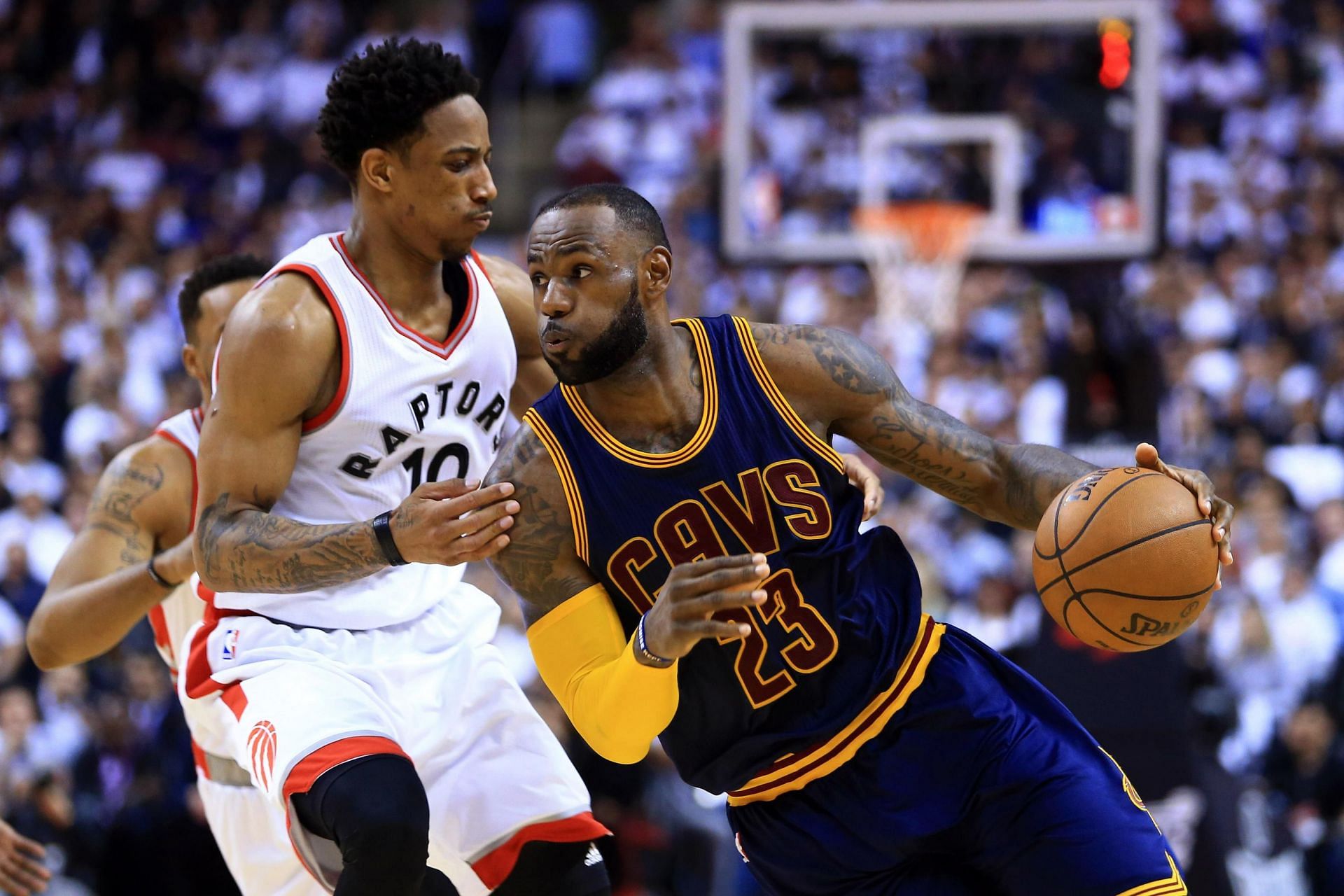 LeBron James being left out of DeMar DeRozan’s list is quite significant, considering that most debates of the greatest basketball players ever focus on Jordan and James. The video, though, does not provide an explanation as to why the four-time MVP and current Lakers franchise player was not included on the list.

DeRozan’s reason could be simple enough. He’s not going to put another basketball player on a pedestal if he is playing against him. It’s just how the competition goes among elite NBA basketball players. LeBron James’ contract doesn’t end until the 2022-23 season, so DeRozan should still face James at least until the aforementioned season.

The competition between the two dates back to DeRozan’s days with the Toronto Raptors when James was still playing in the East. All roads to the finals had to go through James and DeRozan’s team failed miserably against the King.

Perhaps the grudging respect will come once the four-time champion hangs up his sneakers.

Another reason could be that DeMar DeRozan just doesn’t see LeBron James as being better than his top four basketball players. DeRozan’s Mt. Rushmore of the best NBA players has impressive resumes and no one can fault the Bulls’ best player for the list. He just might not be able to squeeze his adversary into the mix over anyone on that list.

Removing one of Bryant, Shaq and Magic might just be too much for him, especially since DeRozan is an avid fan of the Lakers. He grew up idolizing Kobe and celebrated Shaq. Magic is an all-time legend who is synonymous with the Purple and Gold franchise.

DeMar DeRozan and LeBron James put on a show in Chicago

The Los Angeles Lakers and the Chicago Bulls, featuring DeMar DeRozan and LeBron James, just finished a thrilling battle. While neither team was at full-strength, the back-and-forth encounter was feasted on by the basketball-starved city of Chicago.

DeMar DeRozan got the better of LeBron James in the game with the former finishing with 38 points, four rebounds and six assists. He scored 19 of his 38 in the fourth quarter, which was a career-high. The most impressive part of the performance was the fact that DeRozan has not played an NBA game since December 4.

To pull off the win, the Chicago Bulls went to their tried and tested formula: give the ball to DeMar DeRozan and let him work. The Bulls’ leading scorer did not disappoint and gave James a close look at what the Lakers could have had if they had acquired him instead of Russell Westbrook.