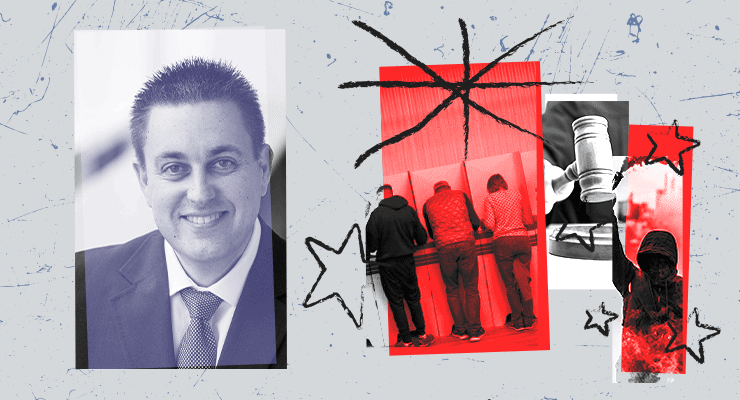 This is part three in a series. For the full series, go here.

The only sensible way to start this article is to say this: bear with me.

But Hayek also pointed out that if we all agree on the objective, decisions are then best made by people who have relevant, local information. As he put it:

“If we can agree that the economic problem of society is mainly one of rapid adaptation to changes in the particular circumstances of time and place, it would seem to follow that the ultimate decisions must be left to the people who are familiar with these circumstances, who know directly of the relevant changes and of the resources immediately available to meet them.”

This tradeoff is familiar to anyone who has worked in an organisation of any scale. “The boss” delegates some things but not others, precisely to manage the tradeoff between information and bias.

Now, Hayek was thinking of purely economic matters, but his basic insight has great relevance to political decision-making.

Consider a government that has an important policy decision to make — say, about regulating a particular industry. The folks in that industry know more than the government does, and it would be good for the government to get that information. On the other hand, the industry cares about what’s good for them, not the public. They are not going to tell the government everything that might be useful.

This is, of course, why so-called “self-regulation” is a rather vacuous concept. It corresponds to full delegation to those with local information. It ignores the fundamental tradeoff highlighted by Hayek.

Let us now move from the ivory tower to the real world. Good policy outcomes involve making use of as much of the local information that business, unions, and community organisations have. Democracy requires using this information as an input into a decision-making process that looks to the common good, and does not privilege sectional interests.

The trick is getting those with the local information to cough it up, without giving away the store. Perfection is going to be tricky, but that doesn’t mean we should give up all together.

One obvious step is to try and ensure more equal access to politicians and other decision-makers. There is no reason to believe that those with better political connections have more relevant information, so providing a more level playing field in terms of political access should improve decision-making. Doing so requires a concerted effort to reach out to those normally left out of the political process.

A small but important step that can be taken is to publicly disclose who key decision-makers actual meet with. One version of this in the United States is the White House Visitors Log. These are pretty detailed. For instance, during Joe Biden’s first 12 days in office the logs revealed that one in five visitors were members of the Marine Band, and a very frequent visitor was a sign-language interpreter. But it’s all there for the public to see — unlike during the Trump administration, which did away with the long-standing policy in April 2017.

In Australia we could require the publication of the diaries of all ministers and their senior staff — detailing with whom they met and the topics discussed. This is an obvious idea that has been proposed many times.

Campaign finance reform is another important step — involving more transparency, limits on donations, and an end to “dark money”. Worryingly, federal rules are even laxer than state rules in this regard.

Another important step is to reverse the decline of the public service. For many years, through governments on both sides of the aisle, the public service has been increasingly marginalised. Scott Morrison made clear early in his prime ministership that he viewed the public service’s role as “implementing” policy, not “developing” it. His reaction, or lack thereof, to the Thodey review further clarified that in the view of this government the public service are basically functionaries.

That’s a shame, because it means failing to utilise great experience from people one significant step closer to having local knowledge than government ministers. It also means that there is almost no pressure-testing of government policy. Nowhere was that more evident than in the government’s vaccine purchasing strategy during the pandemic — a policy both radically disconnected from local knowledge and, not coincidentally, an utter disaster.

Hearing from those at the coalface and most affected by public policy is crucial, but it comes with a risk of vested interests dominating the process. But there are number of things we can do to make that process better informed, more inclusive, and more transparent.