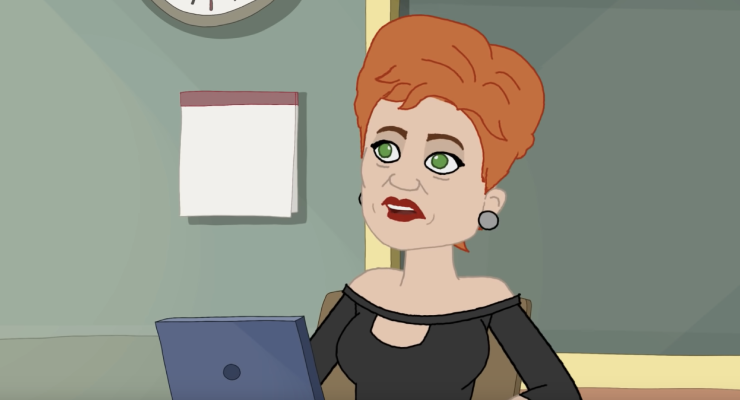 In early November, it was announced that the party would launch a series of 20 cartoons depicting the Queensland senator as a schoolmistress in charge of a rabble of political caricatures.

The cartoons, reportedly commissioned for a “six-figure sum” by a Melbourne studio, were supposed to lure younger voters to vote for One Nation, with content designed to go viral on platforms like TikTok and YouTube. Naturally, the videos contain misinformation like references to a non-existent death tax and offensive portrayals such as homophobic jokes.

Seven episodes in and whether these videos have achieved their purpose is far from clear.

The videos have been viewed a lot. The first episode, titled “School’s In Session”, has been viewed about 500,000 times across Facebook, YouTube, TikTok and Twitter. However, attention has dropped off as the series has gone on. The most recent episode, “Please Explain How Bills Are Passed”, has been viewed fewer than 50,000 times on YouTube, about a third of the number of views of the first episode on that platform. (Still, 50,000 views is a lot for political content from an Australian politician.)

This spike in attention — which also coincided with a big bump and then a fall in the number of times people were searching Google for Pauline Hanson — suggests interest in the video was less about the actual videos and more about the attention garnered from the idea of creating a video series. The launch got its fair share from traditional media, with 55 individual articles about the cartoons in November logged in in news data aggregator Muck Rack Trends. Prime Minister Scott Morrison was even asked about them.

An important part of digital campaigning is building an audience by growing your social media following. So did viewers who saw Hanson’s videos decide to stick around and click the follow button? Hanson saw modest bumps in her YouTube audience (up by about 15,000 to 35,000) and Instagram following (now at about 56,000 after increasing by 7000). On Facebook — Hanson’s primary platform, where she has more than 430,000 followers — her growth in followers remained steady.

Looking at the cartoons’ success on TikTok can provide some insight into whether the project is winning the hearts and minds of young Australians. The short video platform is exceedingly popular with young people (although it is gaining with Australians of all ages). And on those platforms, Hanson’s failed to make much headway. Accounts belonging to Hanson and One Nation have 2700 and 13,000 followers — a rather small number. Other users have shared clips from the cartoons and have been viewed hundreds of thousands of times. Generally, however, the cartoons have failed to find much viral success as hoped by the creators.

Meanwhile, a search for Hanson’s name shows content painting her in a negative light is the most popular on the app. Far from having taken the platform by storm, TikTok users seem to be broadly hostile towards the One Nation leader.

Despite the handwringing, it’s far from clear that the cartoons have convinced swathes of young Australians to vote for Hanson and One Nation at the election. If anything, the saga shows Hanson yet again shocking and surprising the traditional media into amplifying her hateful messages to the nation.