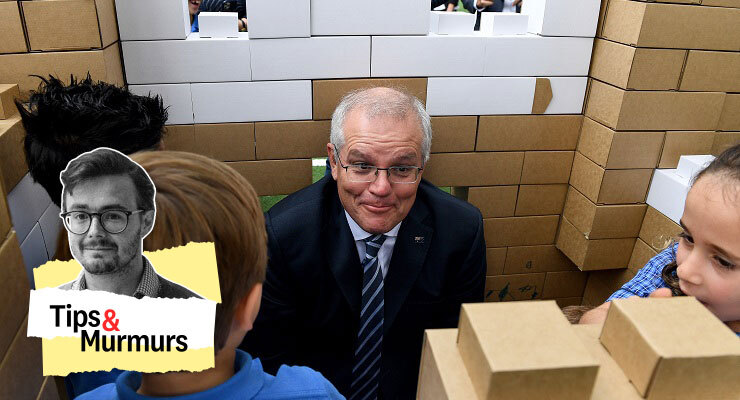 According to a major Australian newspaper, Scott Morrison is an A-grade PM. Anyone else agree? This and more tips from the Crikey bunker.

Failing grade As we mercifully draw near to the end of the year, The Daily Telegraph is taking advantage of the wind-down to churn out some retrospective content. And, hey, who doesn’t? The Tele has graded the federal cabinet, and that its assessments are a touch more generous than ours would be probably won’t surprise anyone. But the standout is its take on the prime minister — it’s given him an A. It’s not just that this would indicate it wasn’t looking at the same prime minister as the rest of us, but that it’s viewing a different reality altogether:

Yep, it thinks the handling of the Brittany Higgins scandal was “neutralised” or turned into a “net positive”. Apart from describing the horrifying response to a horrifying situation with vague management buzzwords, we note it provides no example of how this has happened. So according to who has this issue been — *sigh* — “neutralised”? Certainly not Higgins, who puts it better than we could:

Cashing in In a “taking out the rubbish” hall of fame moment, Attorney-General Michaelia Cash has “announced” two appointments to the Fair Work Commission. On a Saturday afternoon, a week before Christmas. In keeping with the government’s long-term approach to the commission, both have employer backgrounds, and one is the former CEO of WorkPac, which readers may recognise as the labour-hire company with an underpayment claim on account of misclassifying its workers as casuals.