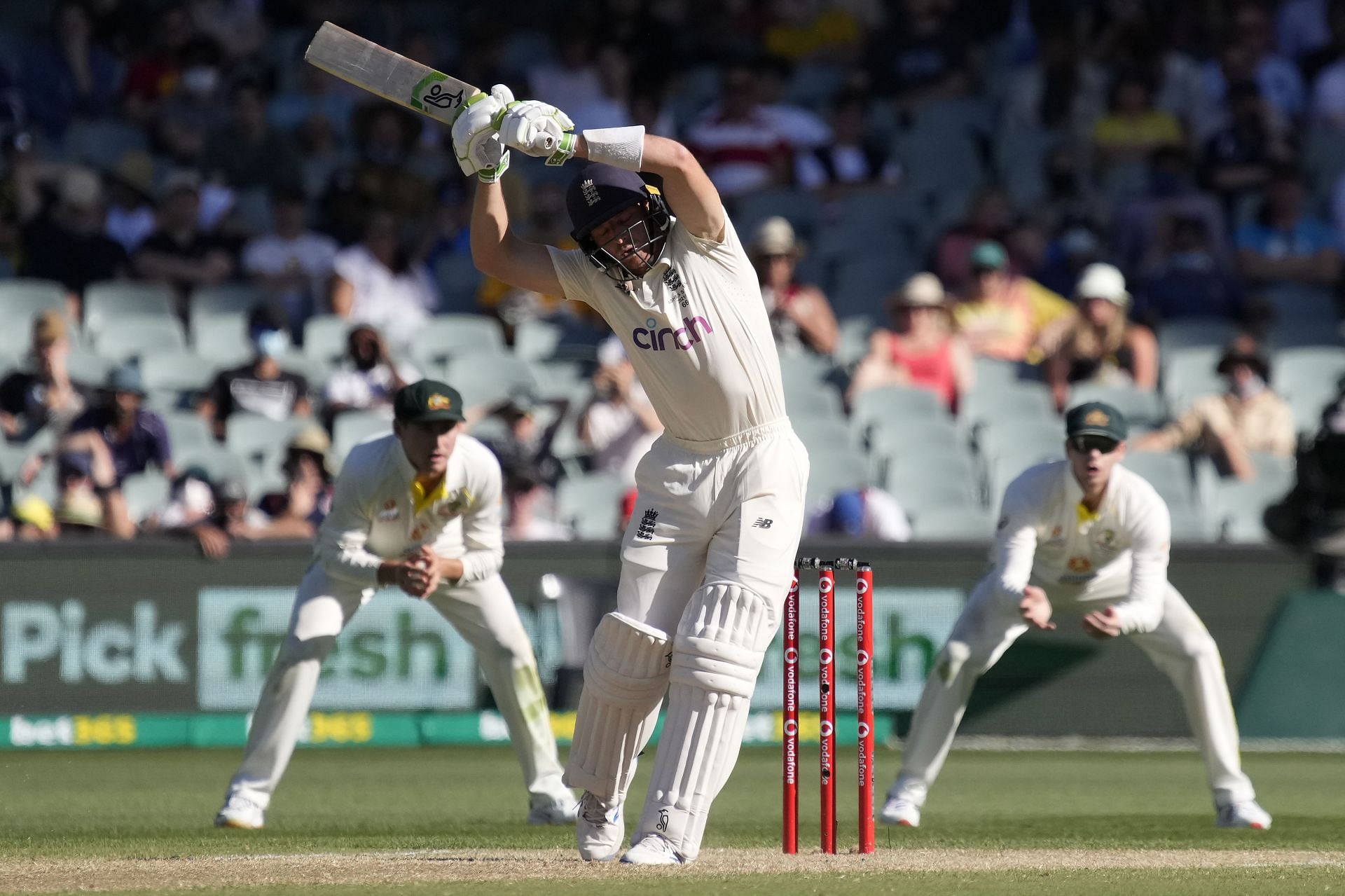 Former England pacer Steve Harmison does not believe Jos Buttler is clear on what his approach should be while batting in Test matches.

The England wicketkeeper-batter played a defiant knock of 26 from 207 deliveries to delay Australia‘s win in the second Ashes Test in Adelaide.

What a way to end an epic innings! 😲

What a way to end an epic innings! 😲That’s the first time Buttler has been dismissed hit wicket in his 193-innings first class career #Ashes https://t.co/nRP09djjay

One of the finest exponents of white-ball cricket, Buttler has not been able to translate the same into the longest format.

Harmison said Buttler has to find the ideal pace while batting in Test cricket as he tends to get dismissed between the 20-30 run mark.

“The problem with Jos Buttler is that he does not know how to bat in Test match cricket. Whether to go for it or do what he did today. In space of a month, we’ve seen him score 101 off 50 balls to 28 off 200 balls.

“He just struggles to find a happy medium of getting in between. He usually gets out around that 20-30 run mark.”

Jonny Bairstow and Ben Foakes are England’s other wicketkeeping options if they need to assess Buttler’s place in the playing XI.

Foakes, however, was not selected in the touring Ashes squad.

Luck is not with James Anderson, it has been the story in the last few years.

Luck is not with James Anderson, it has been the story in the last few years.https://t.co/5c8Ho8pcoK

Buttler took two stunning catches in the contest, but was also responsible for dropping player of the match Marnus Labuschagne twice.

Harmison felt there would be a lot of friction between the bowlers and the batters in the dressing room following yet another heavy defeat.

“Jos Buttler himself knows he should have taken those catches. If I was Broad or Anderson I’d be saying that we’ve been bowled out for 230 and 190 on a flat wicket and you’re throwing bowlers under the bus,” Harmison said.

“It could be a nasty bowlers vs batters contest in the next team meeting in that dressing room,” the 43-year-old added.

England are 2-0 down in the series, which continues their barren run Down Under. The Three Lions lost their previous Ashes campaign by a 4-0 margin which was preceded by a 5-0 whitewash.

Ashes is a sprint and not a marathon: Harmison

Steve Harmison also strongly refuted the claims which suggested that the Ashes series is a marathon and not a sprint. He noted that things go awry very quickly, much like they have gone for England in this series so far.

Speaking at the prospect of risking Mark Wood for the second Test, Harmison said:

“Wood is more durable than he was 4 years ago. He bowled 25 overs in 3 days, Brisbane Test was over in 3.5 days, he had an extra day of rest.

“Ashes is a sprint and not a marathon because if you don’t get it right, it’s over by Boxing Day. England had to play Wood, they had to take that gamble.”

England played an all-out pace attack comprising of five fast-medium bowlers for the second Test. All of the bowlers primarily bowled the same pace with only slight changes in their attributes, angles and release points.

Mark Wood and Jack Leach were omitted from the playing XI from Brisbane to bring back Stuart Broad and James Anderson.