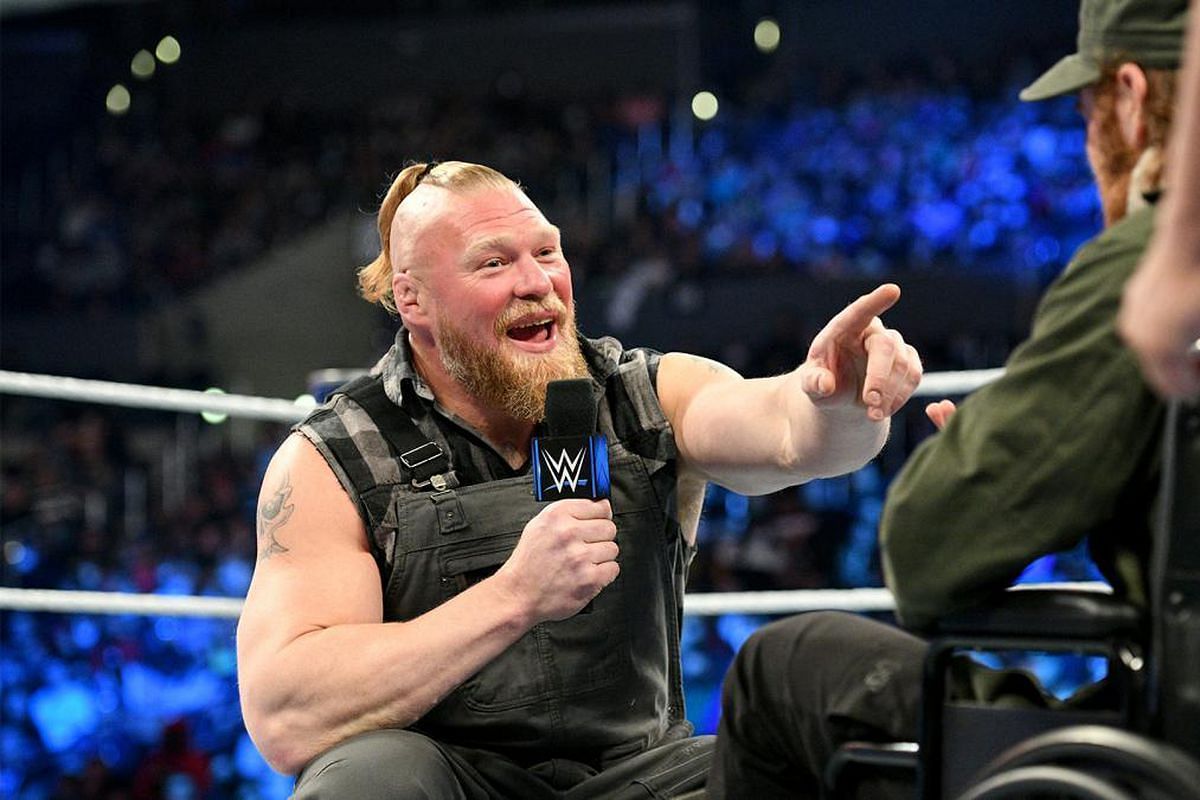 Multi-time WWE World Champion, Brock Lesnar has been spotted outside of WWE in what seems to be a rare appearance outside the squared circle by The Beast Incarnate.

In a recent photo that has now surfaced on social media, Brock Lesnar is seen having fun and enjoying himself during a night out. Fans on social media platforms, including Reddit and Twitter, were quick to react to Lesnar’s rare non-WWE sighting and also posted a very interesting photo of the former Universal Champion.

Check out the image of Brock Lesnar having a good time on a night out:

Brock Lesnar isn’t exactly known for making appearances outside WWE. The former WWE Universal Champion is someone who likes to maintain his private lifestyle and also doesn’t engage much with the media.

However, in recent months, there have been several interesting appearances from Brock Lesnar outside of WWE. Back in July, he was spotted sporting a new look when he joined the Bearded Butcher.

Check out Brock Lesnar with the Bearded Butcher in the following images:

Brock Lesnar joins the Bearded Butchers! The bonds of butchering are what brought the Beast to spend a few days honing his butchering skills as we showcased techniques and tricks for this Viking. Full video coming to YouTube so stay tuned!!! @HeymanHustle

Brock Lesnar joins the Bearded Butchers! The bonds of butchering are what brought the Beast to spend a few days honing his butchering skills as we showcased techniques and tricks for this Viking. Full video coming to YouTube so stay tuned!!! @HeymanHustle #brocklesnar #ufc #wwe https://t.co/A485mPXcC1

Brock Lesnar’s next big match in WWE will be a showdown against Roman Reigns at WWE Day 1. The Beast Incarnate will be challenging for the Universal Championship once again after failing to capture the title at WWE Crown Jewel.

In the aftermath of his loss in Saudi Arabia, Brock Lesnar wreaked havoc on SmackDown and attacked several WWE personnel, including authority figure Adam Pearce.

For his actions, Brock Lesnar was fined $1 million and was taken off WWE programming. However, upon his return to SmackDown, The Beast Incarnate has once again set his sights on Roman Reigns and the rest of The Bloodline.

On the latest edition of WWE SmackDown, Brock Lesnar took out The Bloodline all by himself and also got his hands on The Tribal Chief. After Reigns fired Paul Heyman from his position as Special Counsel, The Beast Incarnate saved Heyman from an assault at the hands of Reigns.

Kane’s student is being hailed as the next big thing in wrestling. Meet her right here.