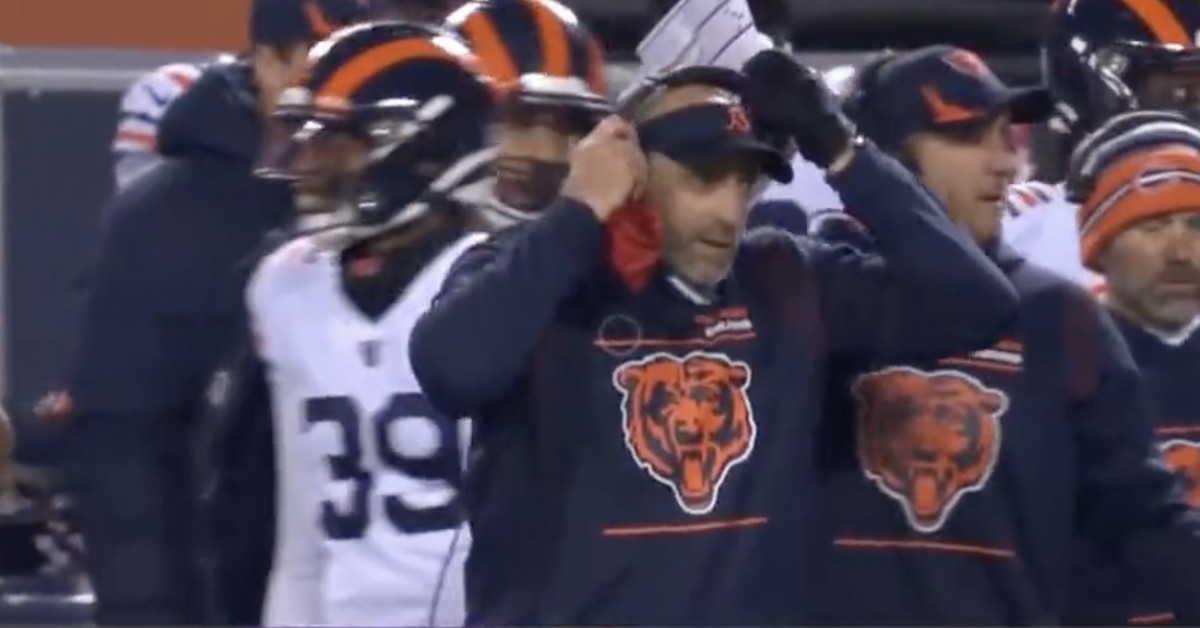 Matt Nagy is the most unemployed man in the NFL who somehow still has a job. The Bears were reportedly set to fire their head coach after Thanksgiving, but instead allowed him to finish out the year. Now the Bears are 4-10 and have officially been eliminated from playoff contention. Nagy will be fired at the end of the season at the absolute latest.

The Bears’ season hit another low point in a 17-9 loss to the Minnesota Vikings on Monday Night Football in Week 15. Despite Vikings QB Kirk Cousins only passing for 87 yards, the Chicago offense couldn’t do enough to remain competitive. This was the sort of loss that summed up Nagy’s entire tenure as Bears head coach: the team was undisciplined, unorganized, and careless with the ball.

Chicagoans have been clamoring for Nagy to be fired all season. There have been “Fire Nagy” chants at Bears games, Bulls games, and the high school football games that Nagy’s son is playing in. At this point, Nagy losing his job is such a stone-cold lock that Bears fans have to get a little more creative.

As the refs went to review a play at the end of the third quarter, one fan took the liberty to speak for all of Chicago. The TV microphones picked up on a person in the crowd yelling” “After further review, we suck!”

There hasn’t been a more perfect Bears moment this season. The Bears are not just a bad football team in 2021, but a bad organization that needs to be rebuild from the ground up. That means firing Nagy, of course, but it should also mean replacing Ryan Pace as GM and installing a new top boss above him.

This will actually be Nagy’s first losing season in Chicago during his four years on the job, but the arrow has been pointing down for the Bears since a charmed 2018 season that ended in the horror of the infamous double-doink. Ever since, the Bears have been sinking with Nagy as their captain.

“After further review, we suck!” is a fitting epitaph.