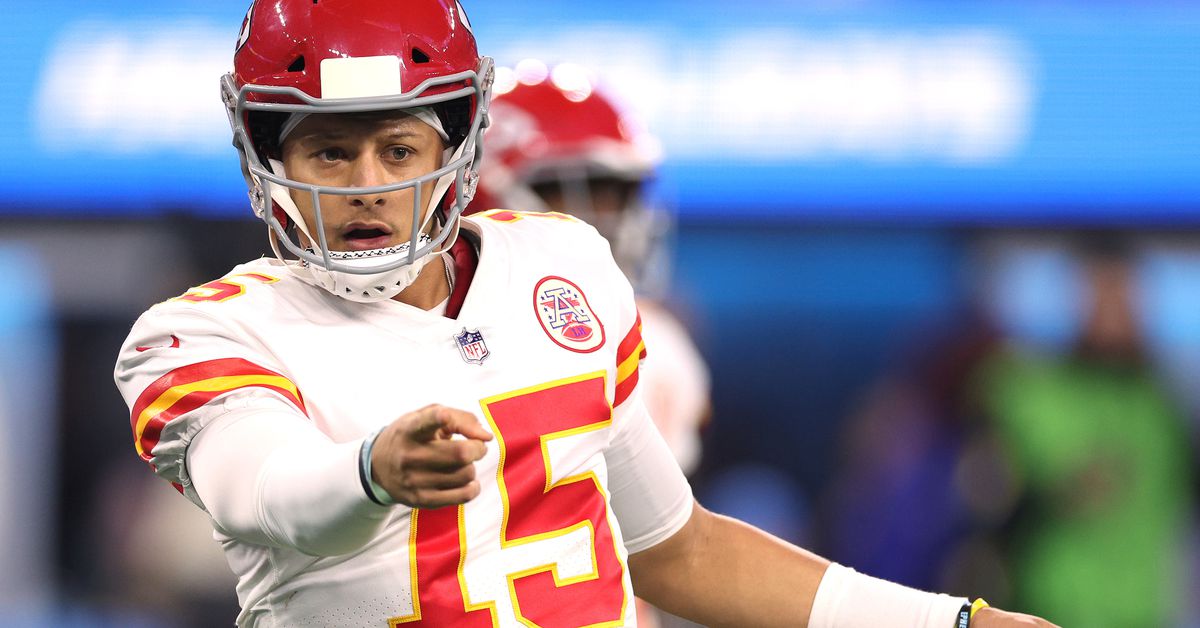 So, unless you completely missed everything that’s happened in the Covid-effected NFL over the past week, you know we still have two more games to be played from Week 15. So let’s talk about what could happen there first, before jumping into the league as a whole

This has been the most remarkable turnaround in the NFL, and it was dumb of me not to see it coming. The Chiefs started the season a disastrous 3-4, which was atrocious by their standards, and legitimately struggled against the likes of the Giants and Browns. Since then they’ve gone 7-0, and are cruising back into the playoffs.

The Chiefs’ defense is still suspect, but the offense is rolling enough again that Kansas City has enough wiggle room to be bad defensively and still win games.

I don’t think anyone saw that huge loss to Indianapolis coming, but it definitely humbled the Pats who were on a colossal roll. If anything I think that might end up being a good experience for them. Knocking a young team down a peg can galvanize a team, and it might be a really good thing for them?

Still, the Pats are scary as long as they have Bill Belichick. Nuff said, really.

It’s really feeling like the Titans are coasting into town on fumes. Injuries have hit this team badly, and it’s become difficult to imagine them making an impact without Derrick Henry.

Don’t get me wrong, the offensive line is still enough to provide running success (see D’Onta Freeman’s 108 yards this week), but the problem is that Ryan Tannehill has played really inconsistent, often bad, football this season. Tannehill hasn’t stepped up to fill the void left by Henry, and it feels like we’re just waiting to see this team get knocked out in the playoffs.

The Bengals are playing so well for a young team that’s really still coming together, but they have an absolutely brutal final three games. Their playoff chances absolutely hinge on their Week 16 game against Baltimore, which really could decide who gets in.

Ultimately, sorry Bengals fans, I think they drop two of their next three and get bounced out.

The win over New England was huge for the Colts’ playoff chances. Now they find themselves with a tough remaining schedule, but decidedly better prospects than a week ago.

I still think this is a playoff team, and their easy final slate will prove it. The Chargers have a tendency to play up or down to their opponents, which is bad when it comes to whether they can get in — but good in terms of the playoffs themselves.

A lot hinges on Week 16 vs. New England in terms of how high Buffalo can climb, but a soft schedule will get the Bills in. Still, this team looks nowhere near as convincing as a year ago.

Who can make it in from the bubble?

As it stands there are two teams that have a realistic shot of making a run:

Goodness the AFC North race is wild. So much will come down to divisional matchups to decide the AFC playoff order, but ultimately I think the Ravens have what it takes to win their divisional games and sneak into the postseason, bouncing out the division-leading Bengals.

The Packers are the clear favorites in the conference now as the Cardinals and Buccaneers take a step back. We could very well see the NFC Playoffs heading through Lambeau. I could see this team dropping one more game to close out, especially if they secure homefield advantage and rest starters.

As it stands, I don’t think anyone will knock the Packers out of No. 1.

I’m bumping the Cowboys up slightly in projection last week considering the Cardinals’ loss to Detroit. Performances like that matter.

For weeks Dallas has played like one of the best teams in the NFC, and that doesn’t appear to be stopping anytime soon.

I really saw this team jumping to the No. 1 spot following their win over the Bills, but the unexpected loss to the Saints, paired with Green Bay’s win over the Cardinals changed that.

Look at this team’s remaining three games. Look at the rest of the NFC South. There is no planet in which they have a hard time getting in to the postseason at this rate.

Did the Cardinals look past the Lions? Probably. Did that hurt them? Absolutely.

The Rams are in great shape for the rest of the season, and should be able to push Arizona for the NFC West crown.

The 49ers are a dangerous team that passed a lot of its early tests and are now paying dividends. I see them getting a couple more Ws and making it in.

Unless there’s a bizarre collapse in the bubble I don’t think the Vikings can hold onto this spot with their remaining schedule.

Who can make it in from the bubble?

In the NFC there are reasonably three teams that can make a run:

Washington holds a number of tiebreaker advantages, and assuming they can win against the Eagles on Tuesday, should be able to jump in and claim the No. 7 spot.